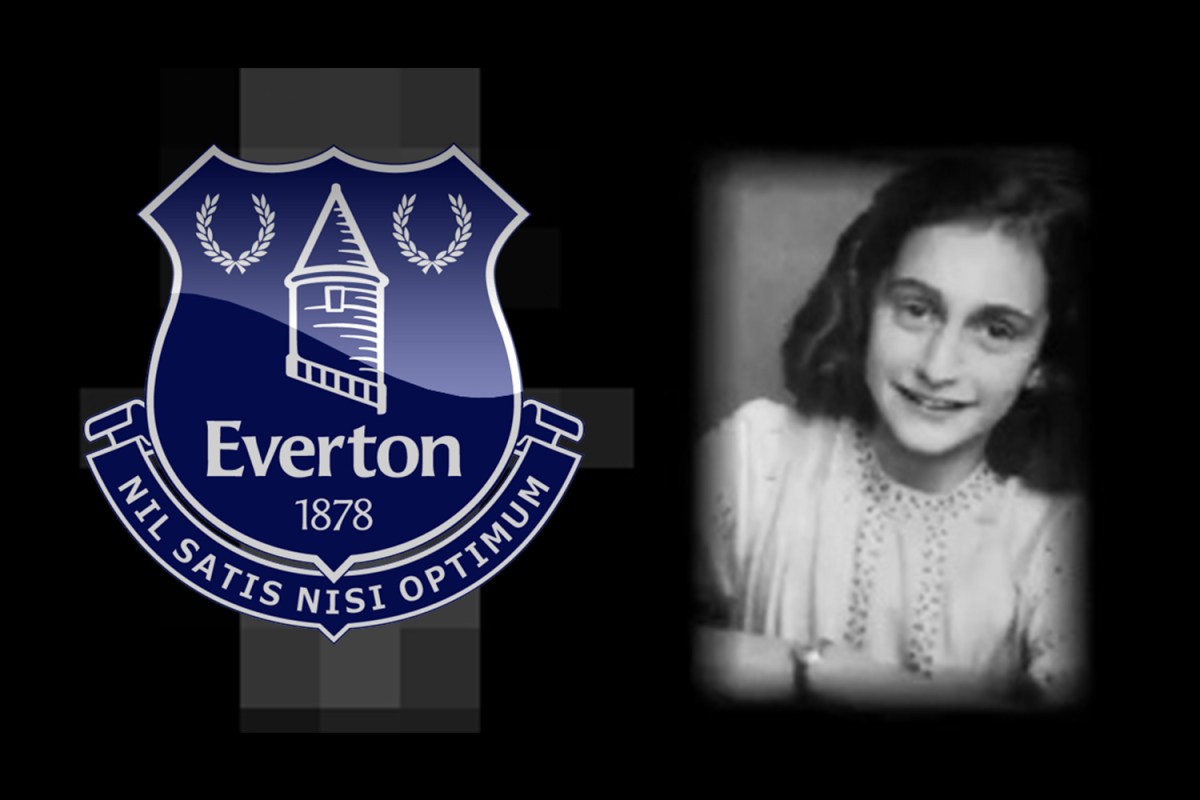 The Merseyside club posted a four-minute montage to remember fans who had lost their lives from Covid-19.

But in an awkward blunder, an image of the Holocaust victim was submitted and used.

Frank died in a Nazi death camp in 1945 aged 15 after previously hiding in an Amsterdam house alongside her family.

The photo appeared one minute 50 seconds into the video.

The video was posted on Everton’s social media accounts shortly before kick-off in the club’s Premier League opener against Southampton at Goodison Park, which the Toffees won 3-1 in Rafa Benitez’s first game in charge.

It remained online for almost seven hours despite an increasing number of supporters taking to their own social media to point out the error.

Users – who also highlighted a number of made-up names, including Fay Knewse – were quick to point out the mistake.

One wrote: “This is a lovely, lovely touch from Everton. But there is a photo of Anne Frank included in it.”

Another said: “Great that Everton done this to pay their respects to fans who have died, but they’ve clearly not checked it thoroughly enough.”

A third added: “Everton’s tribute to fans who died of covid had an image of Anne Frank. I seriously have no words!!”

They declined to give a statement to PA but the news agency reported club officials are ‘appalled’ by those who saw fit to sabotage the tribute, which was collated using submissions from hundreds of supporters.

A new version of the video was published shortly before 9.30pm last night.

The caption read: “Today was all about you.

“Those reunited with us at Goodison, but sadly also those that couldn’t be there who we have lost over the course of the pandemic. RIP Blues.”