Even with record hauls of top A Level grades 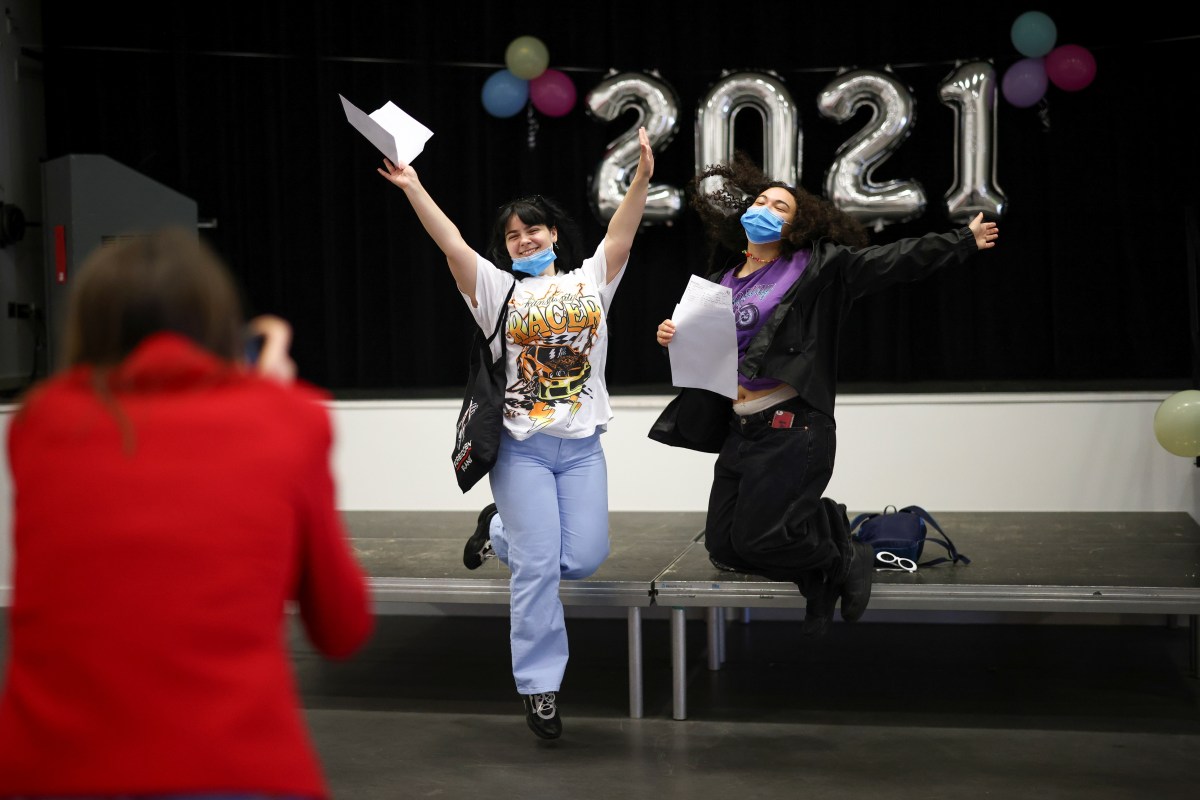 IF ANY crop of A-level pupils deserves to be given a break, it’s this one, after 18 months of pandemic disruption.

So our delight at seeing the hordes of ear-to-ear grins, as kids netted a record haul of A and A* grades, is genuine.

But while yesterday’s results day was infinitely preferable to the chaos and anguish caused by last year’s initial algorithm-generated grading fiasco, the wider picture is not without problems.

It can’t be helpful for universities or employers when the chances of getting an elite grade at A-level are roughly the same as passing your driving test.

So exams must return.

The alternatives have been tried and found wanting.

But even if the pandemic disappeared tomorrow, next year’s pupils will also have suffered upheaval.

That means rigour has to be restored to grading fairly, to avoid a cliff-edge drop between years.

Meanwhile, it is vital that those who didn’t get the grades they needed, or who do not wish to continue in education, are a priority for the Chancellor and his plan for jobs.

It’s the least they deserve.

After telling an interviewer yesterday how he remembered the “trepidation and anxiety” of his own A-level results day, and “seeing the grades and feeling absolute delight”, he then claimed not to be able to recall what those grades were.

We will have to assume that modest Gav was simply sparing less successful pupils’ feelings by hiding his light under a bushel.

But where he does merit top marks is for calling out universities that continue to charge students top dollar while stayaway lecturers provide a second-rate educational experience on Zoom.

If universities heed his call to end the rip-off, that’s one result we’re sure will stick in his mind.

NOEL Gallagher remembers looking out on the crowd of 125,000 fans at Oasis’s Knebworth gigs, the apex of 90s Britpop, as “a really great and a little bit sad snapshot of a bygone era of the pre-internet”.

Anyone over 40 who’s been to a gig in recent years will know what he means: our obsession with our phones has diluted the euphoric sensation of “everybody in the moment with the band”.

After a pandemic that left us glued to our screens and starved of “real” experiences for so long, is it too much to hope we can recapture that spirit and keep our mobiles in our pocket more often, not only for gigs but for life in general?