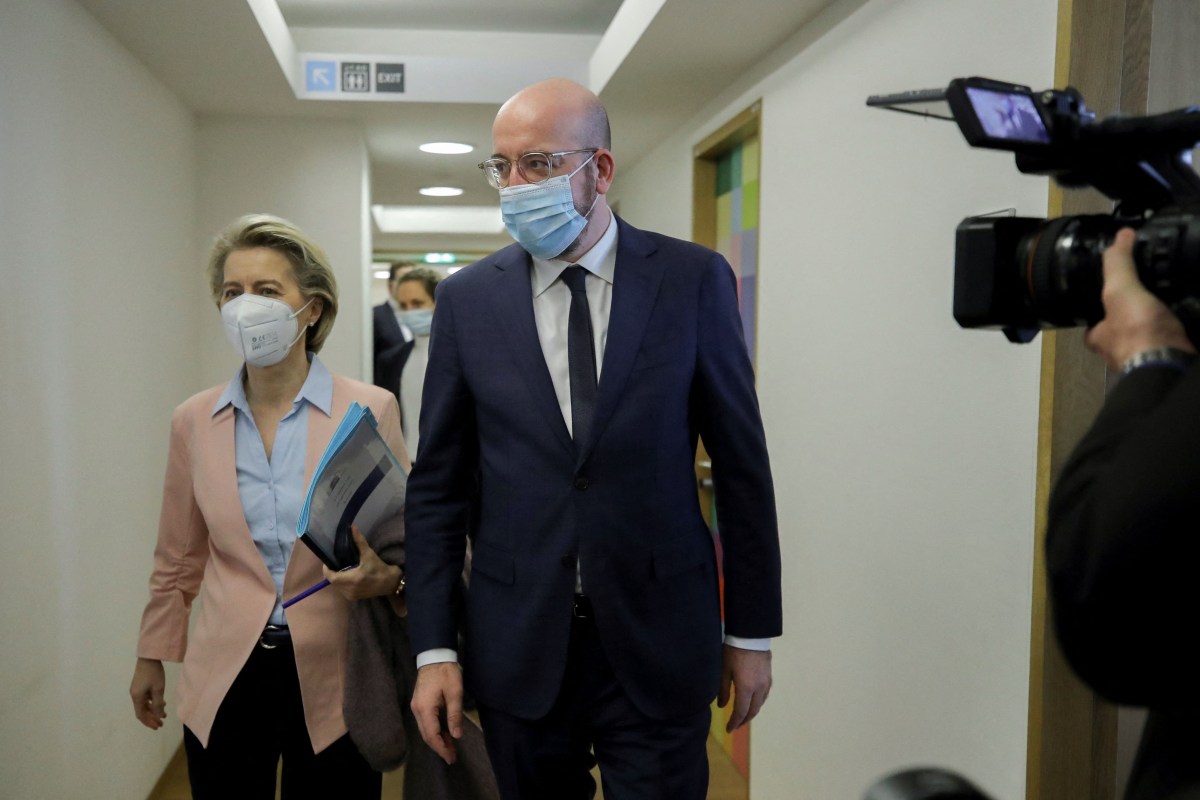 
BRUSSELS has admitted its claim Britain is blocking Covid-19 vaccine exports was wrong – and even threatened its own blanket ban on jabs leaving the EU.

Eurocrats were forced to concede they got it wrong about the UK after furious foreign secretary Dominic Raab asked them to “set the record straight”.

But in an extraordinary development they then doubled down on their own export ban and hinted they could make it even more draconian.

Ursula von der Leyen, the boss of the Commission, has also made similar accusations in recent weeks.

Speaking in the Commons today, the PM said: “I wish to correct the suggestion that the UK has blocked vaccine exports.

“And let me be clear we have not blocked the export of a single Covid-19 vaccine, or vaccine components.

“This pandemic has put us all on the same side in the battle for global health, we oppose vaccine nationalism in all its forms.

“I trust that all sides will join me in rejecting this suggestion, and calling on all our partners to work together to tackle this pandemic.”

An EU Commission spokesman today refused to apologise for the claims against Britain, but admitted they were wrong.

He said: “Different countries have got different measures in place. This does not concern vaccines, as far as we understand, coming from the UK.

“But we know as well that we, the EU, are a very very active exporter of vaccines and that this is not necessarily the case of all our partners.”

A source close to Mr Michel also admitted: “He didn’t get it quite right.”

Eurocrats have complained that the UK’s contract with AstraZeneca, which gives us first dibs on jabs made here, amounts to a “de facto export ban”.

That’s even though the bloc is sitting on millions of doses of the shot because EU politicians’ false claims about its efficacy have hit take up across the continent.

They also say the bloc has shipped nine million vaccines to Britain – many from Pfizer’s plant in Belgium – but has had none back in return.

Pieter Liese, a senior German MEP, admitted that the Council chief’s “wording was not precise” enough when he accused No 10 of an “outright ban”.

But he added that “politically Michel was right to point to the issue” that there is an imbalance in shipments.

Europe has long been a major vaccine making hub for the whole world and had significant production capacity before the pandemic.

In contrast, the UK has had to play catch up in developing facilities just to meet domestic demand for Covid shots.

In late January the EU introduced new rules granting it the powers to block exports of vaccines from the continent.

Under the system drugs giants have to alert national capitals and Brussels every time they want to send a shipment abroad.

If eurocrats determine the company isn’t honouring existing contracts with Europe, they can step in and block the deliveries.

It was used for the first time last week when Italy and the EU stopped 250,000 AstraZeneca jabs destined for Australia.

The mechanism is due to expire at the end of this month, with eurocrats saying it could even be upgraded in future to a blanket ban on exports.

An EU spokesman said: “You’ll have to wait and see what the Commission decides.

“The current mechanism expires at the end of this month, and definitely all options are on the table.”