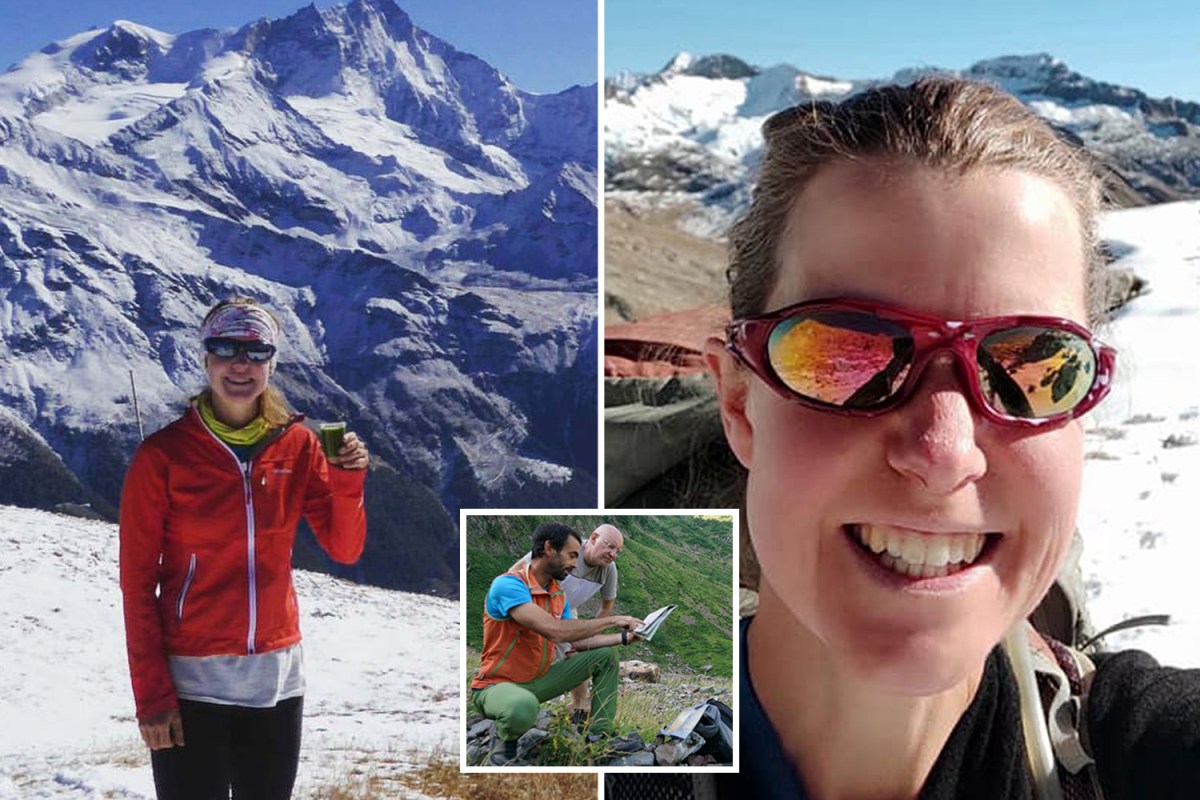 
THE Sun retraced the last steps of tragic hiker Esther Dingley yesterday to the spot where she fell 100-feet to her death from a Pyrenean peak.

We launched a nine-hour mission 8,000-feet up the stunning Port de la Glere mountain pass to the rocky ridge where the British action girl perished.

And we saw first hand the savage beauty of the crag that sparked the 10-month mystery which ended in heartbreak this week when her partner Dan found her skeletal remains.

Oxford graduate and experienced hiker Esther, 37, is believed to have fallen after making a fatal miscalculation as she descended the then snow-covered pass last November.

A mountain guide who led the Sun team to the wind-blown ridge at the top of the mountain explained how the small error could quickly escalate into tragedy in such harsh terrain.

Instead of traversing back along an easier route on the Spanish side of the border he believes she attempted to reach a refuge in the more treacherous north-facing French side.

Philippe led The Sun team to the rocky scree-strewn slope where a recovery operation retrieved Esther’s remains and kit earlier this week.

The 41-year-old mountain man – who has worked in the Pyrenees for 15 years – said: “A woman hiking alone with a heavy pack on her pack in November would have found it challenging with snow on the ground – no matter how experienced.

“It would appear she made a tactical error on the much more difficult on the French side of the border.

“There is a good mobile signal on the Spanish side of the pass but zero on the French, which might also have prevented her from getting help.

“The tragedy of Esther has affected everyone here and shows how unpredictable the mountains can be.

“French and Spanish rescue teams focused for too long on the wrong area because Esther’s last route does not appear to have been entirely logical.

“Her partner must have thought differently about the route she took which enabled him to find her.

“It must have been awful for him so long after she disappeared.”

Dan, 38, and Esther from Durham  gave up their jobs and rented out their home to have a European camper van adventure six years ago – and never came back.

He was more than 100 miles away at a temporary home in Gascony, Southern France when she set off on her solo hike after driving their van to Spain.

Exhaustive French and Spanish police searches failed to find Esther when she vanished after sending a mountain top selfie to Dan on November 22.

But it has since emerged that the focus of the hunt was in the wrong area – and Dan made the grim find himself after carefully retracing Esther’s steps after weeks of solo searching.

The breakthrough came two weeks after a section of her skull was found by a Spanish trail runner nearby on a remote mountain trail.

Sun team mountain guide Philippe said: “I am glad that Esther’s boyfriend now has closure – in many tragic cases in this area this does not happen because of the wildlife on the mountain.

“If an animal or person dies up there, remains are often reduced to literally nothing by bears, wolves, foxes and vultures.”

Pointing skywards at a huge vulture wheeling overhead in the clear blue sky, he added: “There is even a species of vulture up here which feeds on bones so that no trace is left.

“The mountain is beautiful but it can also be cruel.”

Examination of Esher’s remains showed she was wearing well-worn La Sportiva hiking shoes and had not attached Kahtoola Microspikes traction system she had with her.

The crampon-style spikes could have prevented her slipping on the icy surface before plunging to her doom, experts believe.

The body was in a rocky crevice that had not yet been targeted by French officers, who had been searching in harsh weather.

Grieving Dan thanked police for their months of help in his search for Esther – and called them “heroes” yesterday.

He said: ‘I simply don’t have the vocabulary to fully express how challenging these past months have been.

“But am certain that without the support, courage and determination of the individuals assigned to lead this case and their team members, those difficulties would have been significantly increased.

“Having experienced first hand how hard it was to find answers, I honestly don’t think they could have done more.

“The only difference between me and them was that I only had a single task, while they continued to rescue others as well. They are heroes.

“Thank you all, from the bottom of our hearts.”