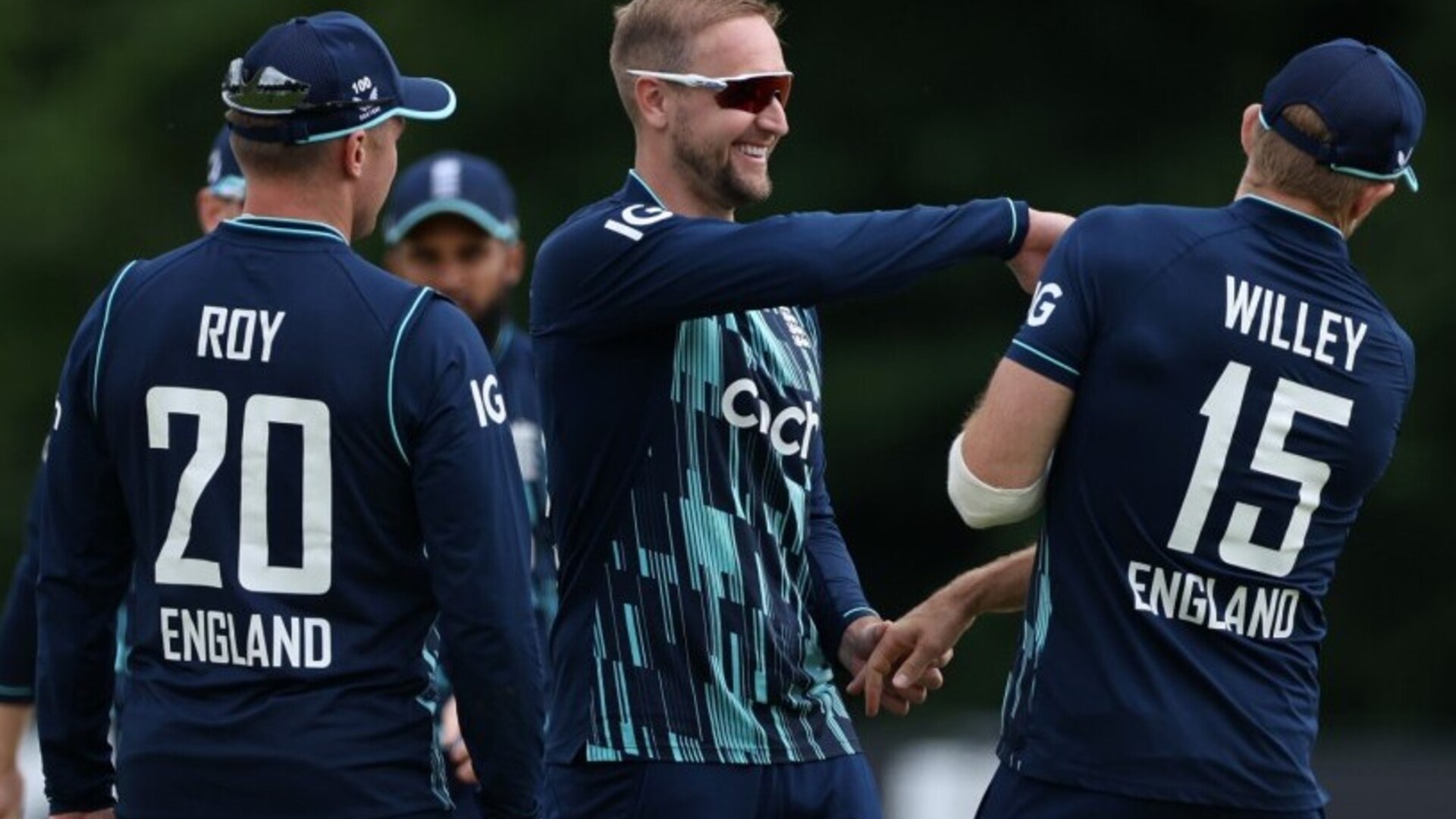 
JASON ROY joined England’s batting party but captain Eoin Morgan was out for his second duck in three days.

Roy scored just one from seven balls in the record-breaking bonanza against Holland on Friday but he filled his boots in the second match of the series.

Playing his 100th one-day international, the Surrey opener struck three boundaries in the opening over of England’s pursuit of a modest target of 236 and pretty much helped himself to runs after that.

Morgan, out first ball in the middle of the run blitz two days’ earlier, departed for a seven-ball duck this time.

Morgan’s struggles with the bat are a concern for England with the Twenty20 World Cup in Australia looming in October and November.

He has looked out of form for several months now and there are plenty of batsman bashing on the selection door.

Morgan will not be dumped because he pretty much runs England’s white-ball teams – but it is not impossible that he could decide to stand down.

Roy and Phil Salt put on 139 for the first wicket and ensured England’s win was little more than a formality – despite Morgan’s failure.

This was nowhere near as spectacular as their surge to 498-4 on Friday but England were far too good for an outclassed opponent.

England now have an unbeatable 2-0 lead in the series.

The matches have attracted big and enthusiastic crowds and given cricket some exposure on mainland Europe. But, as contests, they have been virtually pointless.

Roy eventually sliced to point and was caught by his cousin, Shane Snater, who bowled him on Friday.

Salt, who registered his maiden ODI century in the first match, again took advantage of Jonny Bairstow’s absence with 77 from 54 balls before being bowled.

England lost three wickets for nine runs but Dawid Malan and Moeen Ali saw them over the line with 29 balls to spare.

Roy said: “To receive my 100th cap is a huge honour especially to be playing with this team. And it was nice to get a few runs.

“Phil Salt is great to bat with, keeps it simple and whacks the ball very hard. It’s always fun to bat with people like that.”

A wet outfield caused by overnight rain delayed the start and reduced the match to 41 overs-a-side.

The Dutch, perhaps fearing another battering from England’s batsmen, chose to bat first themselves. But their innings never got going.

Captain Shaun Edwards made his second successive half-century before being run out for 78 from 73 deliveries by David Willey’s direct hit running in from deep mid-wicket as the batsmen attempted a second.

There were two wickets each for Willey and Adil Rashid but England’s bowlers were not put under any pressure.