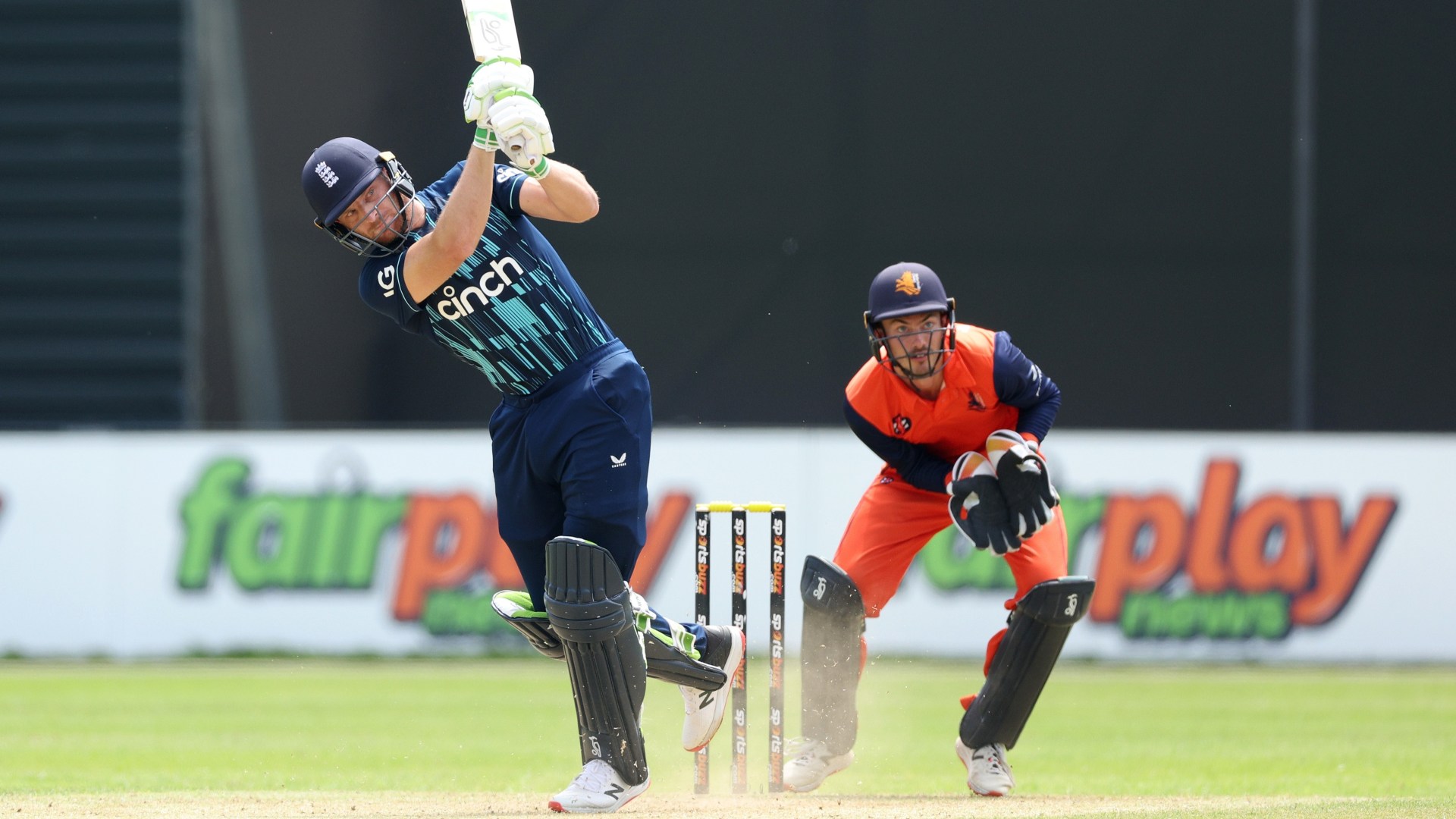 
ENGLAND have broken their own world record for the biggest ever score in ODI cricket after hitting a remarkable 498 against Holland.

Jos Buttler hit an utterly incredible 162 off 70 balls as Eoin Morgan’s side helped themselves to three centuries.

It breaks England’s own record of 481 which they set in a victory over Australia in 2018.

Phil Salt hit 122 and David Malan helped himself to 125 after Jason Roy was bowled for just one in the second over.

Captain Morgan was removed for a golden duck but it didn’t matter as England went on to blast their previous one-day record out of the water.

Liam Livingston helped Buttler over the line in the closing stages with an impressive 66 of his own to end a quite breathtaking innings.

And England will fancy their chances at improving on that record in the coming days.

It is the start of a three-match series against Holland, with the second and third games taking place on Sunday and Wednesday.

So Morgan’s side will undoubtedly be looking to try and go beyond the 500 mark if the opportunity arises.

England then face India in another three-match series next month.

And that promises to be a much more challenging set of matches compared to what Holland offer.

After that the matches come thick and fast for the one-day players as they take on South Africa in an ODI series and then face them again in the T20 format.

Those one-day matches precede a Test series against South Africa in August and September.