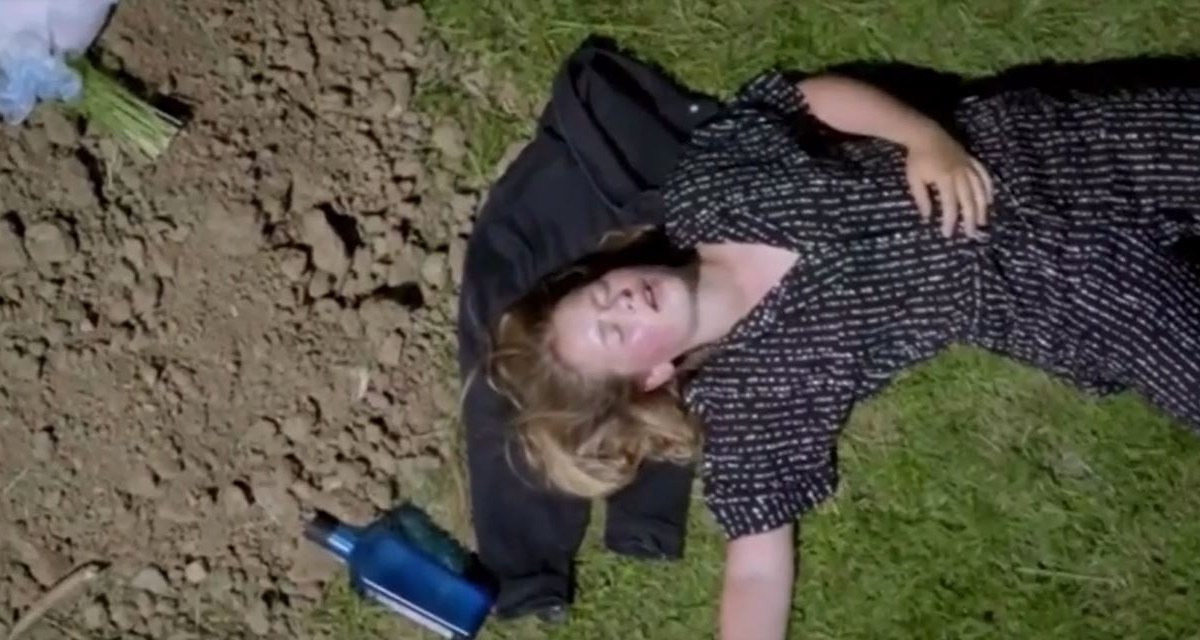 
EMMERDALE fans spotted a huge blunder tonight as Liv Flaherty passed out drunk in the cemetery.

Aaron tried to give Liv a wake up call last night when he booted her out of the house for drunkenly trying to seduce grieving Jacob Gallagher.

But tonight, Liv only continued on her downward spiral after sleeping rough.

But when Jacob’s father David overheard Liv’s apology, he flew into a rage and said: “He’s grieving for goodness sake and you try something like this?”

When Liv apologised again, he spat: “Not stopped you drinking though has it? I could smell the alcohol on you as soon as you walked through the door.

“It’s one thing hurting yourself and that’s exactly what you’re doing. But when you start hurting people around you, people you’re supposed to care about…”

At that moment Jacob told her to leave and shouted after her as she stole two bottles of alcohol from the shop.

Viewers then saw Liv crying and downing the bottles at the cemetery by Leanna’s grave.

Ben suggested looking for her, but Aaron shrugged and made clear he wasn’t going to put himself out.

As the episode came to a close, Liv passed out in the cemetery and started choking on her own vomit in emotional scenes.

Emmerdale fans were quick to point out that drinking so much alcohol would impact Liv’s epilepsy.

One fan said: “Have Emmerdale forgot about Liv’s epilepsy wasn’t she in serious danger a couple of months back due to her drinking and she is drinking even more since then?”

Another added: “I wish they’d remember that Liv has epilepsy & the effects alcohol has on it. #Emmerdale”

Emmerdale’s Liv strips down for Jacob after brutal Vinny rejection