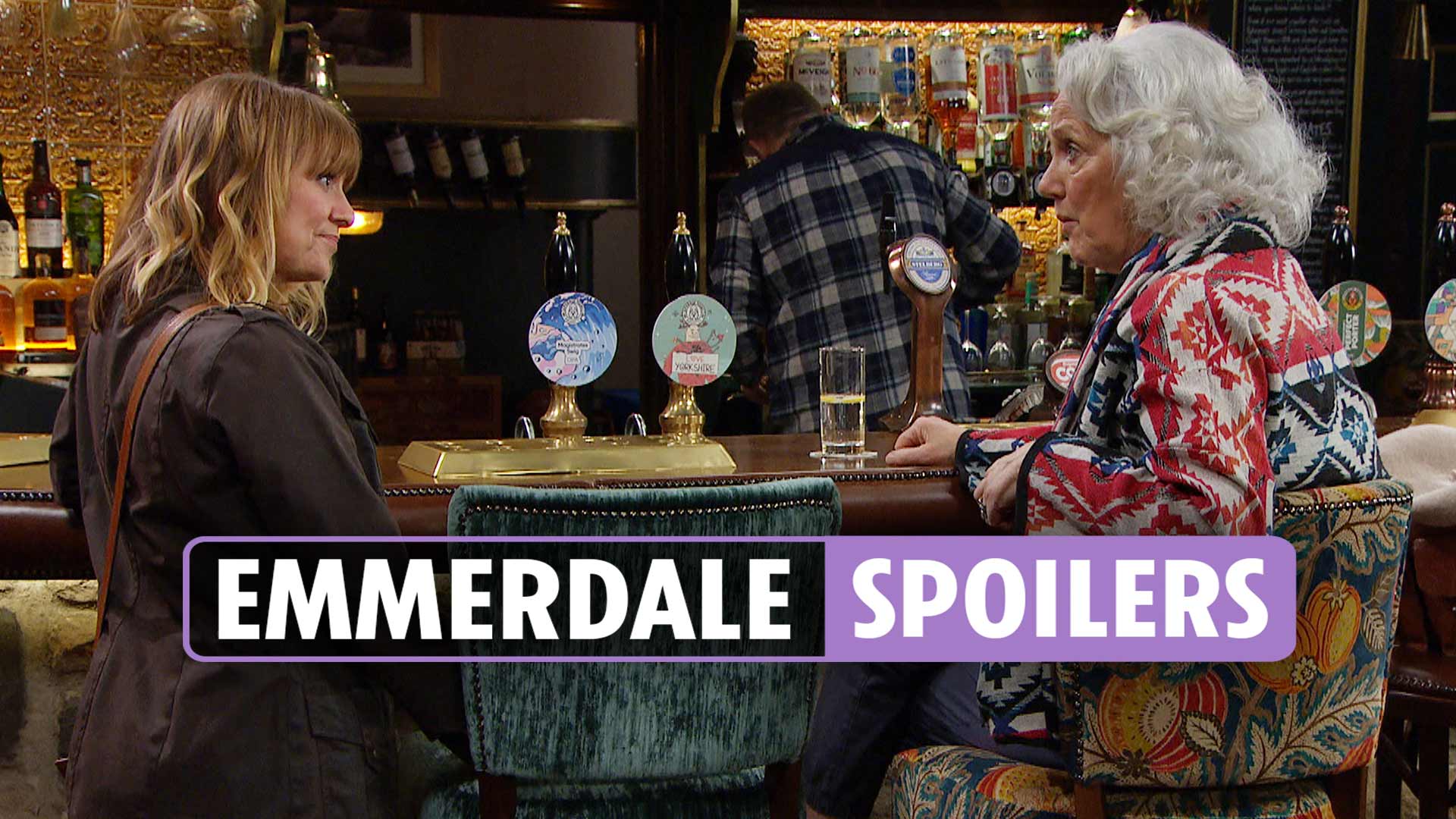 
AS Marlon Dingle continues to recover from his stroke, Rhona Goskirk gets ready to tie the knot with him.

But the Emmerdale vet is soon furious to see her mother Mary made plans for her.

Rhona Goskirk (portrayed by Zoe Henry) is ready to walk down the aisle again to say “I do” to Marlon Dingle (Mark Charnock).

The vet recently proposed once again to her other half, who is still recovering from a horrific stroke and going through physical therapy.

Despite his health condition, Rhona is eager to get the wedding preparations started but is still taking things slow, mostly due to Marlon’s health still needing time to be at its best again.

This prompts her mother Mary (Louise Jameson) to tell her she should get a move on with the plans in upcoming scenes of the Yorkshire-based soap.

Mary goes a step further by telling Rhona she wants to be alive to see her wedding happen.

However, Mary crosses a line, much to Rhona’s dismay, when she books a date for her wedding without her approval.

Rhona and Mary have both struggled to get along and their mother-daughter relationship has remained rocky in recent weeks.

Estranged for many years, Mary and Rhona finally got back in touch upon the former’s arrival in eponymous village.

They have since butted heads on multiple occasions.

But on secret posed a threat to their potentially harmonious relationship.

As viewers may remember, Mary came out of the closet as a lesbian to Kim Tate and, eventually, her daughter.

Despite her own past with Vanessa Woodfield, who became her best friend in the Dales, Rhona had a harsh reaction to her mother’s sexuality, convinced her life and family may have been based on a lie.

Everything you need to know about Emmerdale

Emmerdale fans were shocked by her attitude but were fuming as soon as Rhona cruelly outed Mary to Bear without her consent – a clear attack on her sexuality.

Thankfully, Rhona made peace with Mary being a lesbian, although fans have kept on calling her out for her behaviour.

But with Rhona’s wedding coming up, will they ever be able to truly get along?

What is Title IX?