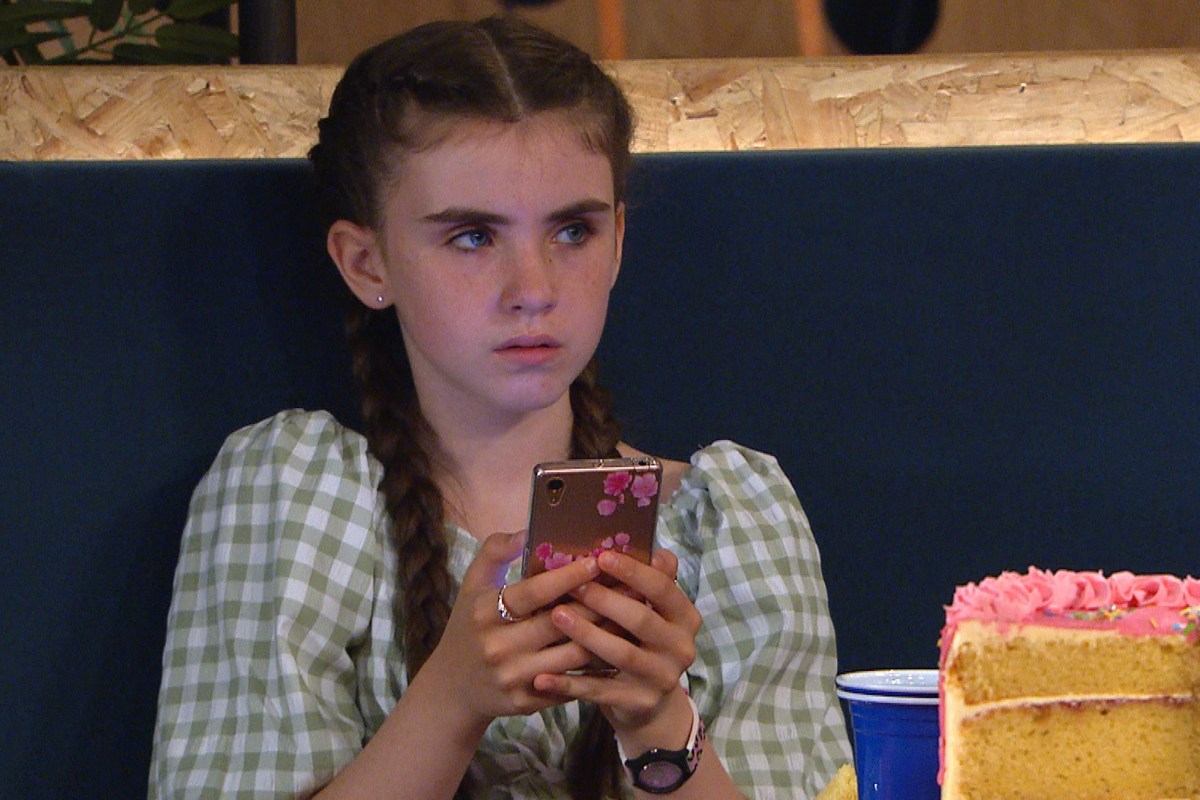 
EMMERDALE fans were left horrified as April Windsor’s bully is finally exposed as her aunty Cathy.

The schoolgirl has been subjected to awful online abuse after she set up a social media page about grief.

April’s dad Marlon confiscated her phone when he discovered she was being sent memes of her late mother Donna.

But little does he know that April’s bullying torment has only escalated since he returned her phone earlier this week.

In tonight’s episode, April celebrated her birthday at the Hop but Marlon was running late as he spent the day cooking at the Woolpack for a customer who recently gave a bad review.

Later on, April receives an online card from her troll, she despairs and furiously responds to the troll.

She confides in Cathy that she’s worried about her safety at home and shows her the new messages.

After April leaves, Cathy whips out her phone and with a huge smirk on her face starts typing a cruel message which reads: “Now everyone knows what you really are.”

Looking pleased with herself, Cathy presses send and her comment appears alongside the other vile posts.

ITV fans were gobsmacked by Cathy’s actions and motives, especially as she is April’s aunt and close friend.

One wrote: “It was Cathy! Poor April will go ballistic!”

A third added: “Cathy is a little toe rag!”

Viewers know that Cathy has been using her to try and get closer to April’s brother Ellis Chapman in recent weeks.

Viewers voiced their concerns when Cathy, added April to a year nine group chat called the Silver Stars, and made her promise to keep it a secret.

Fans were also suspicious when Cathy persuaded April to keep the bullying a secret from Marlon.