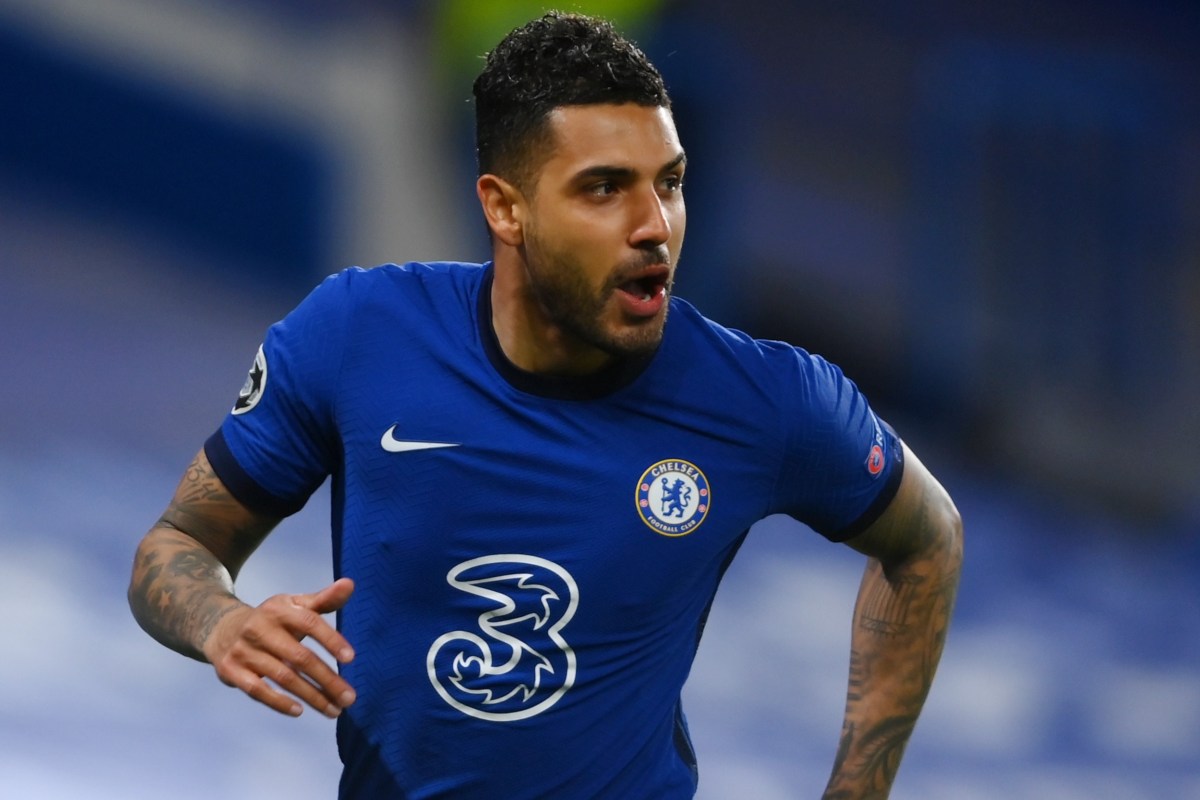 
EMERSON PALMIERI admits he is ready to leave Chelsea in search of regular football.

And the defender appears to have his sights set on a transfer to Serie A giants Napoli.

However, the left-back has played just 33 times in the Premier League.

And Emerson was relegated to THIRD choice in his position following Ben Chilwell’s arrival from Leicester last summer.

Despite his lack of minutes for Chelsea, Emerson was part of Roberto Mancini’s Euro 2020-winning squad and even played the victorious final against England.

The ace now admits he wants to feel ‘important’ again.

And a move to Luciano Spalletti’s Napoli could be on the cards.

It’s reckoned they could succeed with a loan bid after Chelsea reportedly extended Emerson’s contract by a year until 2023.

A £17m option to buy after the loan would surely seal the deal.

And Emerson says he is ready to take the next step for the sake of his career, with Marcos Alonso also ahead in the Stamford Bridge pecking order.

“I want to play, I know I can be out on the pitch, I’ve proved that.

I want to play, I want to feel important

“So I’m going to do everything I can to be on the pitch. Of course, I still have two more years on my contract with Chelsea, which is a great club.

“I’ve already proved that I can play here, but at the same time I want to be on the pitch. I want to play, I want to feel important, like I already did.

“And I will really choose the best option. If it’s to stay at Chelsea, if it happens to Napoli or another team.

“I still have another 25 days practically to think about it, to be able to choose the best, the best place. Where they really want me, want me happy.

“Last season I didn’t have the opportunity to maybe choose, to maybe have another option.

“Today, I have others, I can choose, I have time to choose, so for sure next season will be the way I choose, not how things arrive and I have to accept them.

“I will do everything to choose the best option, which is the one of being on the pitch as many times as possible.”