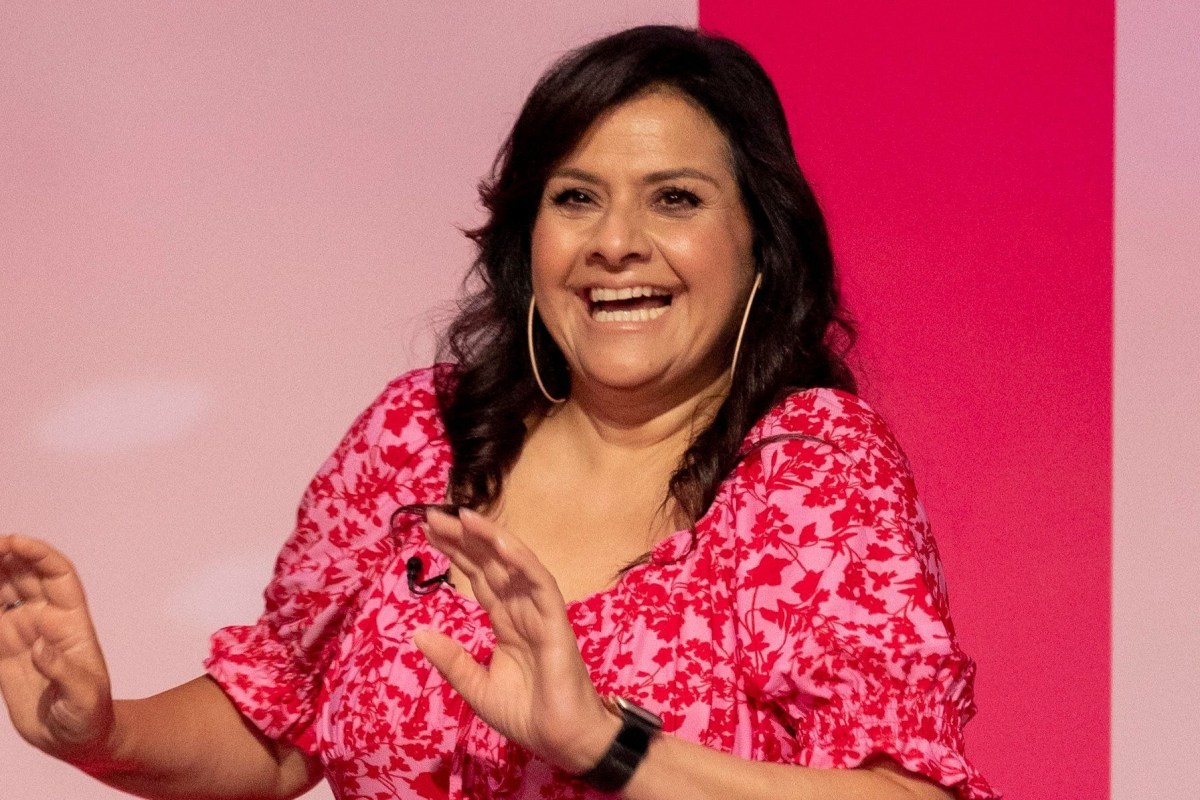 
STRICTLY Come Dancing have confirmed EastEnders star Nina Wadia as the latest contestant on the show.

The Zainab Masood actress was announced by Christine Lampard during Thursday’s Lorraine.

Nina danced from behind the screen in a gorgeous pink floral dress and told Christine: “I’m so scared.”

The EastEnders star added: “I like dancing like no one is watching, so we just have to blindfold the judges and I can win.

“I think I should do this before I’m too old and can’t walk anymore. I think this is the last year I am wearing heels.

“I think a lot of has happened in the last year and it’s time to grab life by the balls and do it.”

The announcement came soon after Gordon Ramsay’s daughter Tilly was also revealed, with the teen taking part one year after a broken arm ruled her out of the 2020 series.

They have also confirmed The Crown actor Greg Wise, who admitted his wife is “stupidly excited” to watch him.

The trio join the likes of Dan Walker, Katie McGlynn, Tom Fletcher, and Bake Off star John Whaite – who will make show history by partnering up with a man.

Fellow EastEnders star Rose Ayling-Ellis has also since been signed up along with Olympic gold medallist Adam Peaty.

The latest celeb name comes after The Sun revealed that the BBC hit has been thrown into chaos after being hit by a Covid crisis – just days into the new series.

Professional dancer Nadiya Bychkova tested positive for the virus in the first week of filming preparations – meaning many of the cast and crew must isolate for 10 days.

Despite the majority of pros and celebs being double jabbed, there are now fears of further cases.

A source told us: “This isn’t exactly the dream start. Obviously BBC bosses are panicking.

“They are taking every caution to be Covid secure, and keep everyone safe, but can’t control everything. Nadiya tested positive during one of the first meet-ups, during the studio rig.

“Thankfully none of the celebs have started training yet, but it still means anyone who came into contact with her has been told they must isolate.”