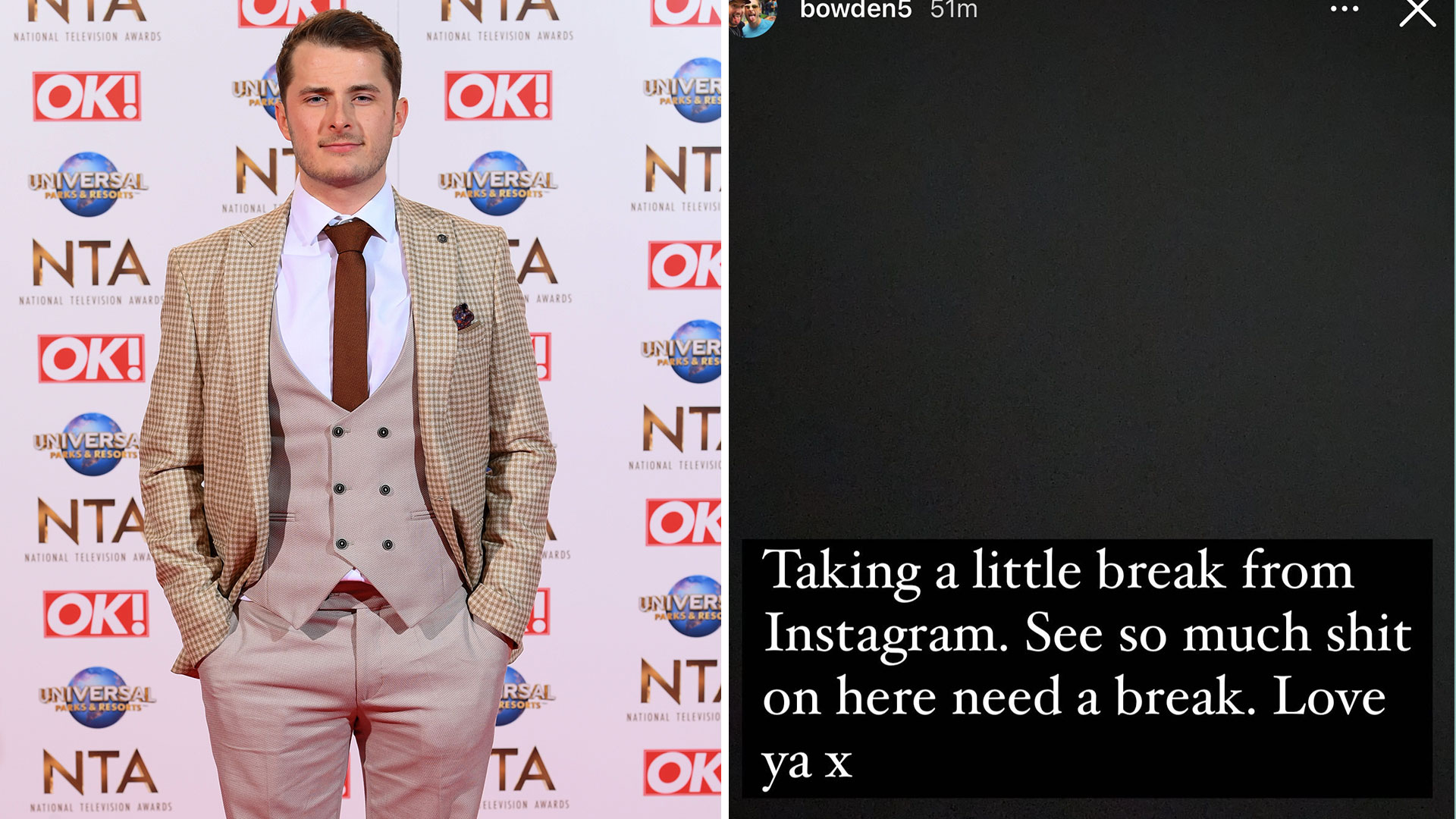 The Ben Mitchell actor has decided to take a step back after saying there is “so much s*** on here” just days after he shared a bed selfie with a co-star.

Max wrote: “Taking a little break from Instagram. So much shit on here need a break. Love ya. x”

Meanwhile the 27-year-old delighted fans with a snap of himself in bed with Jamie Borthwick, just weeks after it was revealed he’d grown close to Shona McGarty.

“My right arm. And we haven’t fallen out for two whole years now. Have a blinder JB love ya my brother ❤️❤️ @jamie_b10.”

UK Times revealed in May that Max and Shona, who plays Whitney Dean, had become “inseparable” and he was pictured slipping out of her home after spending the night.

Weeks later we pictured them holding hands together outside a kebab van and at last Saturday’s British Soap Awards Shona, 30, joked: “Who doesn’t love a kebab?”

The news has not gone down well with his pregnant ex Roisin Buckle, who has been left heartbroken about the situation.

A source told how insurance executive Roisin, who is due to give birth in August, feels let down by the actor, who has played Ben Mitchell for three years.

They said: “It has been dreadful for Roisin, she feels humiliated and disrespected. She is expecting a baby and although she is a strong woman she feels very let down.

“She never expected Max to move on so quickly. She believed they were on a break, taking time out of their relationship to sort out their differences.

“Having to see him and Shona together has been heartbreaking.

“When he was pictured leaving Shona’s home she had people asking her what was going on; work colleagues asking if she was OK about it all, which she found incredibly embarrassing.”

Everything you need to know about Eastenders