EastEnders spoilers: Suki opens up about her abusive husband to Eve 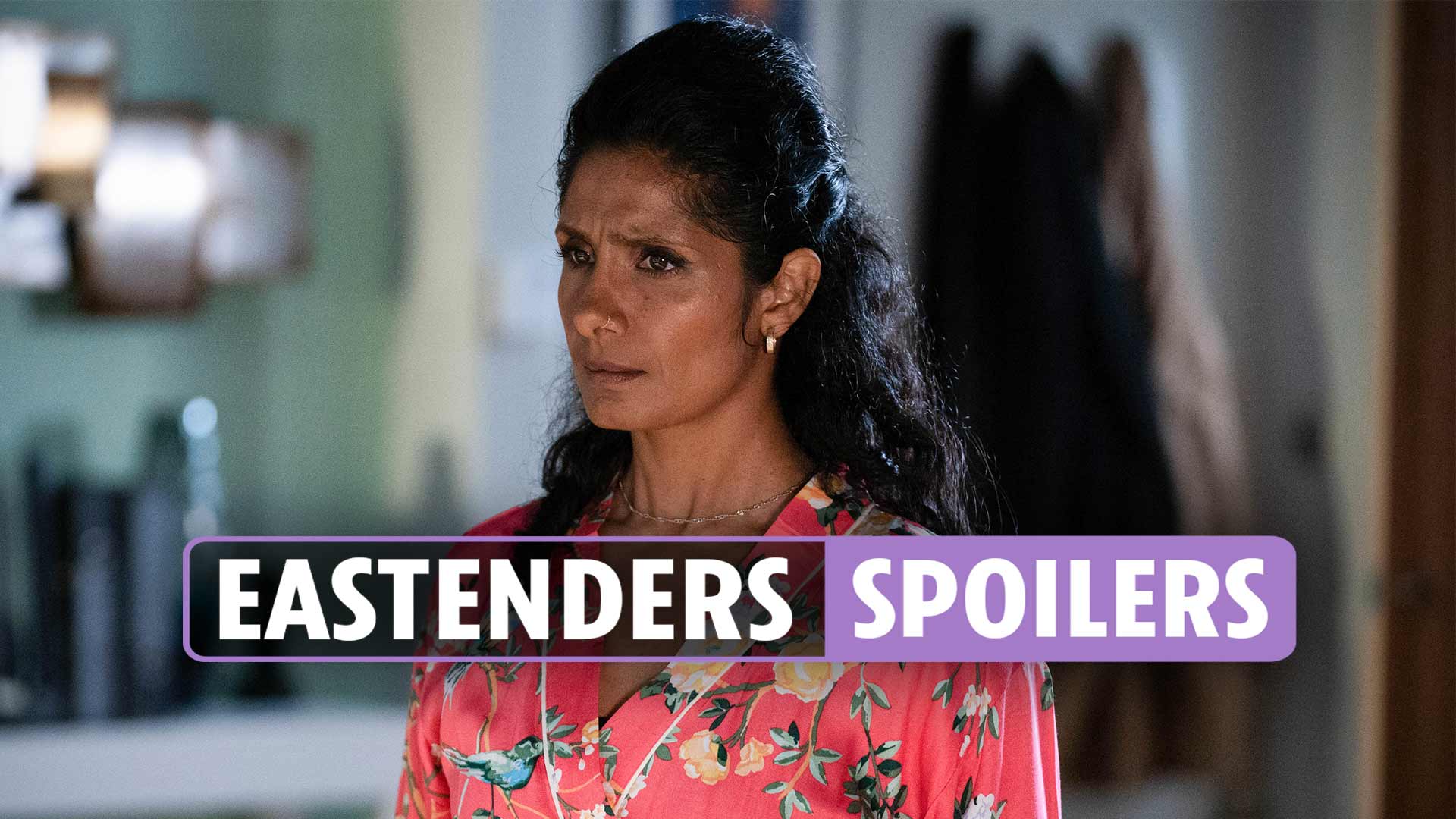 
DURING her time in Albert Square, Suki Panesar has failed to make many friends due to her snobby and scheming nature.

However, next week in EastEnders, Eve Unwin surprisingly becomes a shoulder she can lean on.

Suki Panesar (played by Balvinder Sopal) has been clashing with her daughter Ash non-stop, after the doctor returned to Walford.

But in doing so, she has missed out on the fact her son Kheerat has been seeing Stacey Slater behind her back.

Everything comes to a head next week as Stacey meets with the businessman at No.31 again – and Billy Mitchell tells Suki he has heard people inside, prompting her Ash and Eve Unwin (Heather Peace) to go check.

Terrified her secret romance with Kheerat will be uncovered, Stacey hides behind the sofa and comes up with a cover story.

Thankfully for her, once Kheerat leaves, Eve spots her and decides to keep Suki distracted.

Believing they’re alone, the owner of Minute Mart on Bridge Street talks to Eve and brings up the children’s emotionally abusive father being released from prison.

In later scenes, Suki invites Eve for lunch to thank her for her support, and the former lawyer and convict agrees that Stacey can tell Kheerat about her former husband.

Eve and Suki meet up and, sensing a spark between them, she rushes to stop Stacey from talking to Kheerat.

At the Panesars’ home, Eve and Suki share another discussion – and she soon leans in for a kiss.

How will Suki react?

BBC One viewers can perhaps expect her to have learned from her kiss with Honey Mitchell.

Everything you need to know about Eastenders

In 2021, Suki herself kissed her former employee only to realise whatever she was feeling wasn’t reciprocated.

Once she was rejected, Suki harassed and intimidated Honey at work to try and get her to keep the kiss a secret – leading to Honey quitting and moving on to the Walford market.

But months have passed since then and Eve could be the one to push Suki out of her comfort zone.

But will she go along with the kiss or push Eve away?

EastEnders airs on BBC One.