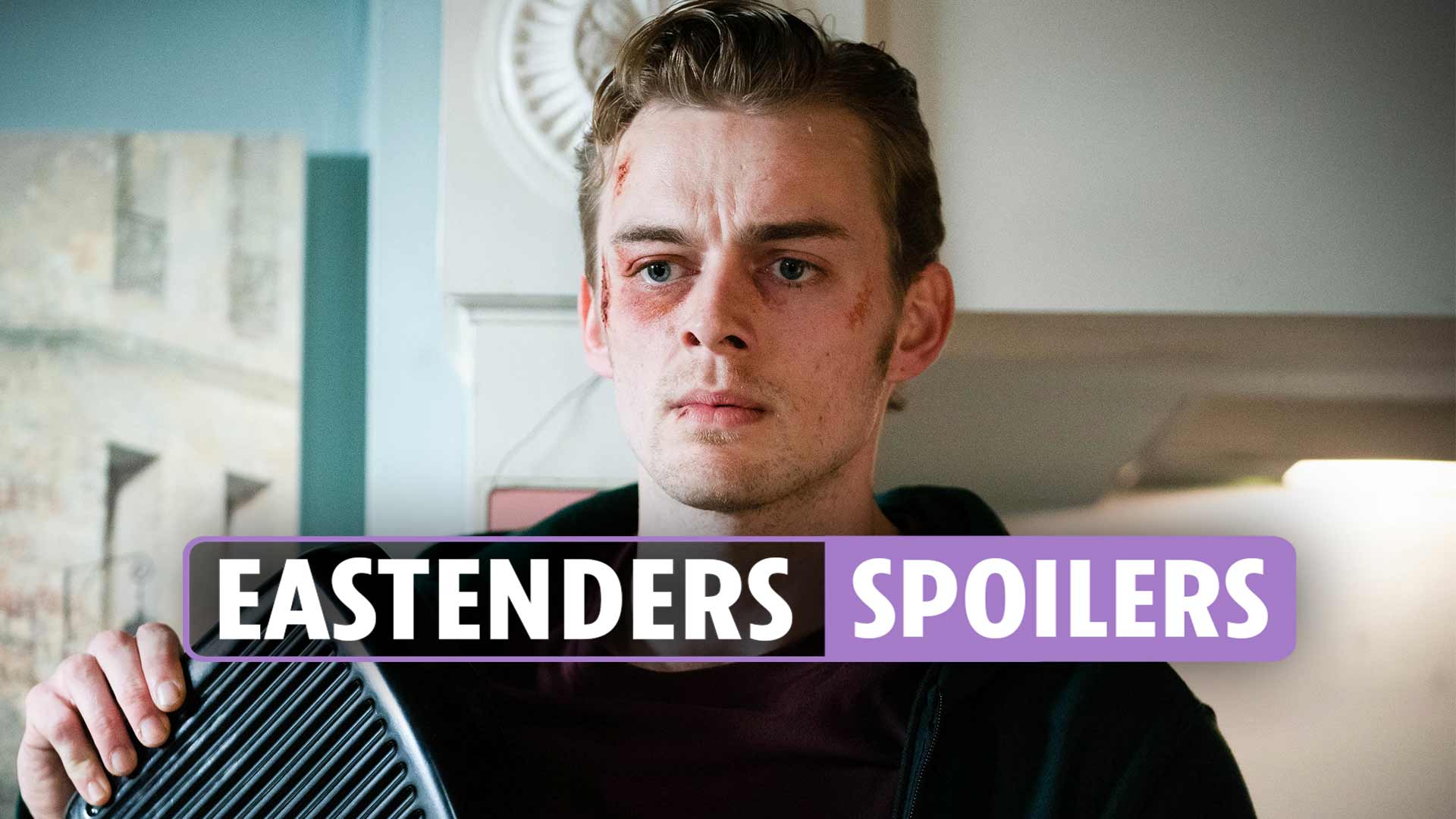 
PETER Beale is back home after being viciously attacked by Ben Mitchell – but nothing is the way it was.

While his physical injuries will heal, Peter (portrayed by actor Dayle Hudson) will continue to struggle with the lingering trauma of his attack.

In recent episodes, the Beale’s Plaice manager was assaulted and he remains on edge as he has no idea who his attacker could be.

This leads to Peter striking against another resident.

Next week, Peter is spooked when he hears someone entering the house.

As he gets ready to face the worst, Peter finds a frying pan and uses it as a weapon by whacking the intruder over the head.

He soon realises his mistake as Rocky Cotton (Brian Conley) is revealed to be the visitor.

Seeing how much the youngster is struggling, he hatches a plan to help him.

Rocky sets out to find Peter’s attacker, making flyers offering a cash reward to find him.

Kathy Beale (Gillian Taylforth) gets wind of what Rocky is trying to do and is spooked enough to warn her son, Ben Mitchell.

As Rocky and Peter decide to uncover the truth about the attack, BBC One viewers already know who is responsible for the latter’s trauma.

Months after witnessing Callum Highway being beaten, Max Bowden’s character is just as traumatised as Peter and has set out on getting even with anybody displaying homophobic behaviour.

But while he was searching for his new victim in the Square, Ben attacked Peter Beale by mistake, sending him to hospital.

Sharon Watts was aware of this dangerous coping mechanism after catching Ben in the act but stayed quiet.

Unfortunately for him, Jay Brown didn’t have the same courtesy and exposed him to both Callum and Kathy in the hopes of setting him straight.

However, Ben is set for his own trouble in an upcoming storyline as he befriends Prince Albert manager Lewis Butler.

Will Peter know the truth about his attack?

EastEnders airs from Monday to Thursday on BBC One.