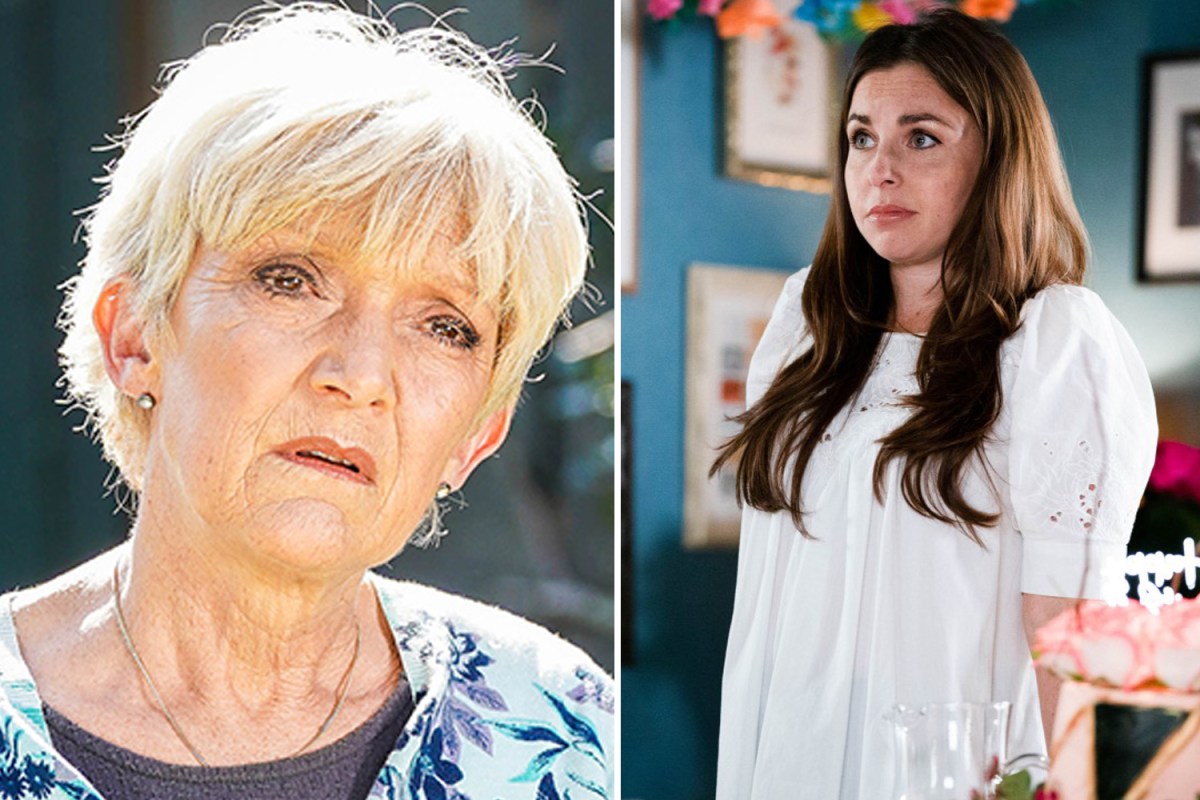 Ruby – who is played by actress Louisa Lytton in the ITV soap – suffered a miscarriage back in February but kept it secret.

The businesswoman then accused love rival Stacey of pushing her down the stairs and causing her miscarriage – and got her arrested and sentenced to a year in prison.

Viewers know that Stacey’s mum Jean is oblivious to Ruby’s lies and has been supporting her over the past few weeks as she undergoes treatment for endometriosis.

However, tonight’s episode of EastEnders saw Jean and Shirley grow suspicious when they discovered a wad of cash from Ruby in Jean’s handbag.

Shirley suggested Ruby was battling a guilty conscience but, when Jean confronted her about what she was hiding, Ruby gave her a sob story about not having anything to offer other than money.

Jean then agreed to take the money for a train ticket to see her son Sean, and insisted on accompanying her to the hospital for a follow-up appointment.

When Ruby became convinced she was going to get bad news, Jean was baffled and told her to be positive.

But Ruby cried: “I don’t deserve good news. I won’t be a mother. I can’t be a mum because of what I did, it’s karma.

“I didn’t try and get the charges dropped, Jean,” she said. “Stacey didn’t push me.”

Jean was left open-mouthed by Ruby’s confession – and it shocked fans too.

One said: “Ruby is making me cry for real #EastEnders.”

Another added: “I wasn’t expecting Ruby to tell Jean the truth.”

A third chimed in: “So Ruby finally tells the truth. Wonder if Martin was standing at the door listening…”