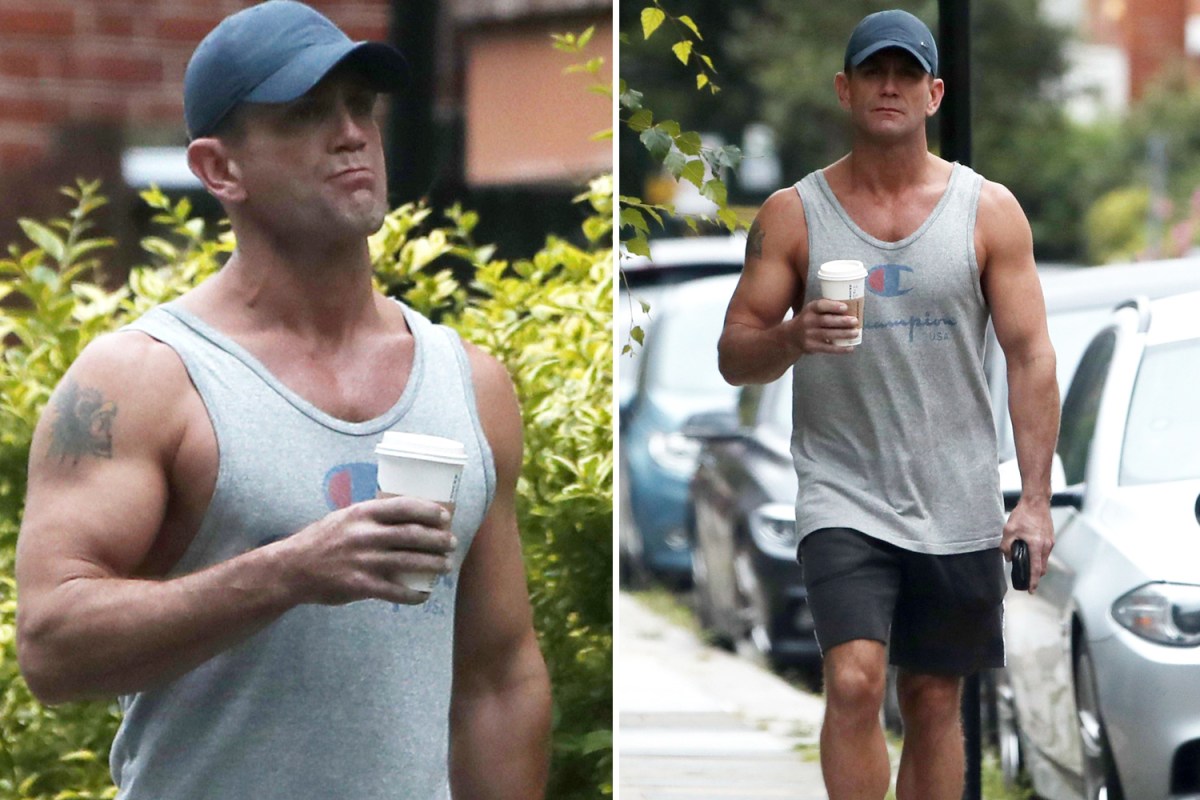 
EASTENDERS star Scott Maslen showed off his impressive guns as he went for a run in London.

The 49-year-old revealed his shredded body in a grey tank top and shorts as he worked up a sweat before stopping for a coffee near his home in Primrose Hill.

Scott topped off his look with a blue baseball cap which did nothing to distract from his very buff body.

The EastEnders star looked relaxed as he strolled the streets with his coffee and showed off a tattoo on his upper right arm.

Scott has played Jack Branning on the BBC soap since 2007 and is a regular gym junkie who looks after his healthy by sticking to a vegetarian diet.

He rose to fame playing DS Phil Hunter on The Bill for five years and also competed on Strictly Come Dancing in 2010, where he made it to the quarter finals.

Given his buff display after his run in London, it’s no surprise his a multiple Sexiest Male award winner at the British Soap Awards, taking home the prize every year from 2009 – 2012.

He also won the Best Actor category in 2010.

The actor married his wife Estelle Rubio in 2008 after more than nine years together.

They welcomed their son Zak in January 2001, and celebrated their 12th wedding anniversary in a hilarious video.

Scott once made an embarrassing gaffe in his early EastEnders days in front of a Walford legend.

Eastenders legend Pam St Clement got in a right two and eight when co-star Scott Maslen called her “Pat” on set.

She berated Scott, who plays Jack Branning in the BBC soap, for confusing her with her Albert Square character Pat Butcher.

Jake said: “She really took offence and gave him a hard time for it.

“She’s a lovely lady but she wasn’t too happy. She looked at him and goes, ‘Don’t call me Pat!’”

Speaking on his Pound for Pound boxing podcast, he added: “Scott was s****ing himself.

A source said: “Scott apologised twice. He was mortified.”