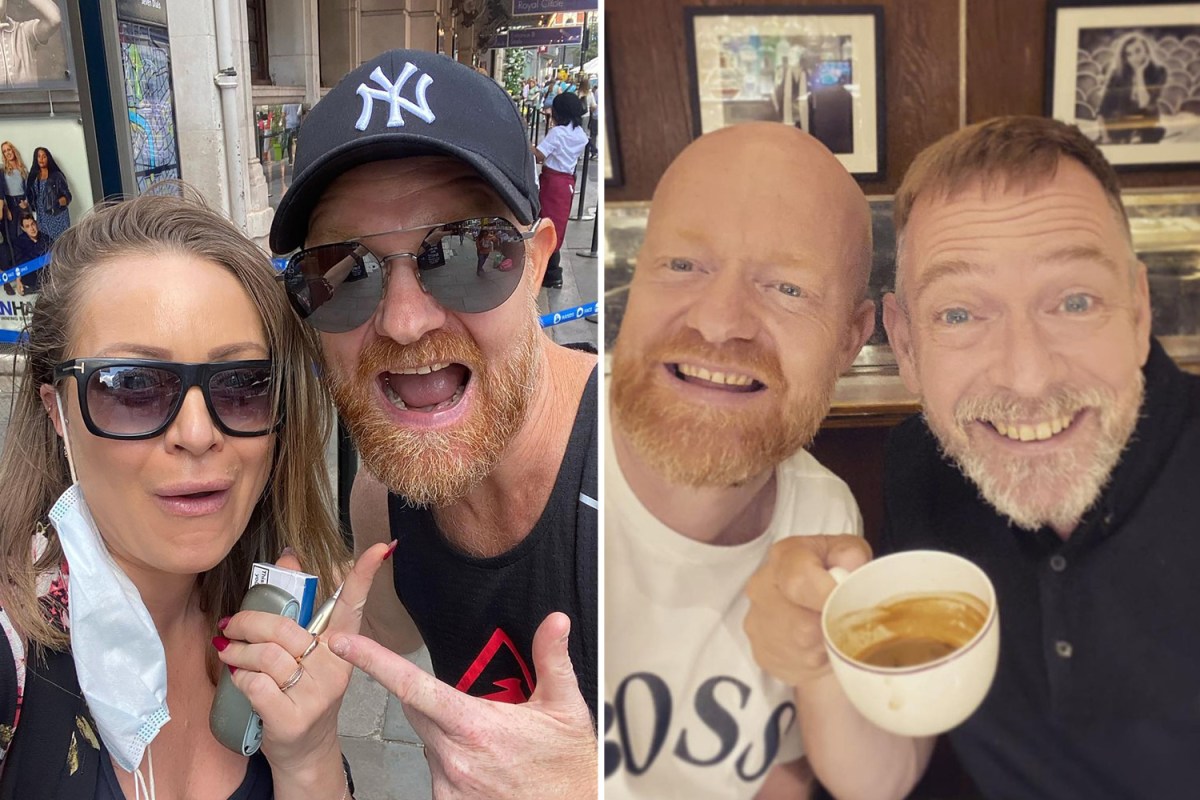 
EASTENDERS star Jake Wood has thrilled fans by sharing a snap of him having a reunion with former co-star Rita Simons.

The new picture comes just a week after the soap actor’s night out with Adam Woodyatt, who plays Ian Beale.

Rita – who was known for feisty character Roxy – left the soap back in 2017, while Jake is currently on a break from the BBC show.

The pair met up when she went to see him at his West End show 2:22 A Ghost Story.

Sharing the snap on Instagram, he wrote: “Makes a change from bumping into @adamwoodyatt ??????❤️❤️ @rita_simonsofficial ??❤️”

The soap star was referring to catching up with actor Adam last week.

Like Jake, he has been written out of the Walford action as he takes a break from the show.

Meanwhile Jake, who played Max Branning for 15 years, exited Albert Square in February in an explosive storyline that saw his character shunned.

He is now starring alongside popstar Lily Allen in 2:22 A Ghost Story – and, like Rita, Adam went along to show his support for the theatre show.

The pair, both sporting beards and moustaches, posed in a cafe, with an excited Adam holding up his coffee cup in a cheers.

In the caption, he wrote: “This legend came to see me in @222aghoststory last night. We had a great night. Enjoy your tour in @peterjamesonstage @adamwoodyatt.

In a sweet reply showing their bromance, Adam wrote: “You and your colleagues smashed it last night. @222aghoststory was fantastic with a brilliant script and direction.

“Would come and see it again if I could.”

The snap comes after the pair’s impromptu selfie earlier this month, when they bumped into each other at London’s Kings Cross station.

Earlier this month The Sun revealed Jake’s in advanced talks to be in I’m a Celeb.

He has since met with the ITV jungle show’s casting chiefs, who are aiming to secure the best line-up yet for its return to Australia.

Sources claim he is keen to sign up if offered a place.

One told the Sun on Sunday: “He would love to go into the jungle.

“He thinks it would be a great challenge for him and he has of course seen how well other ­EastEnders stars have done on the series.”