EastEnders fans seriously distracted during Martin Fowler’s workout – but can you see why? 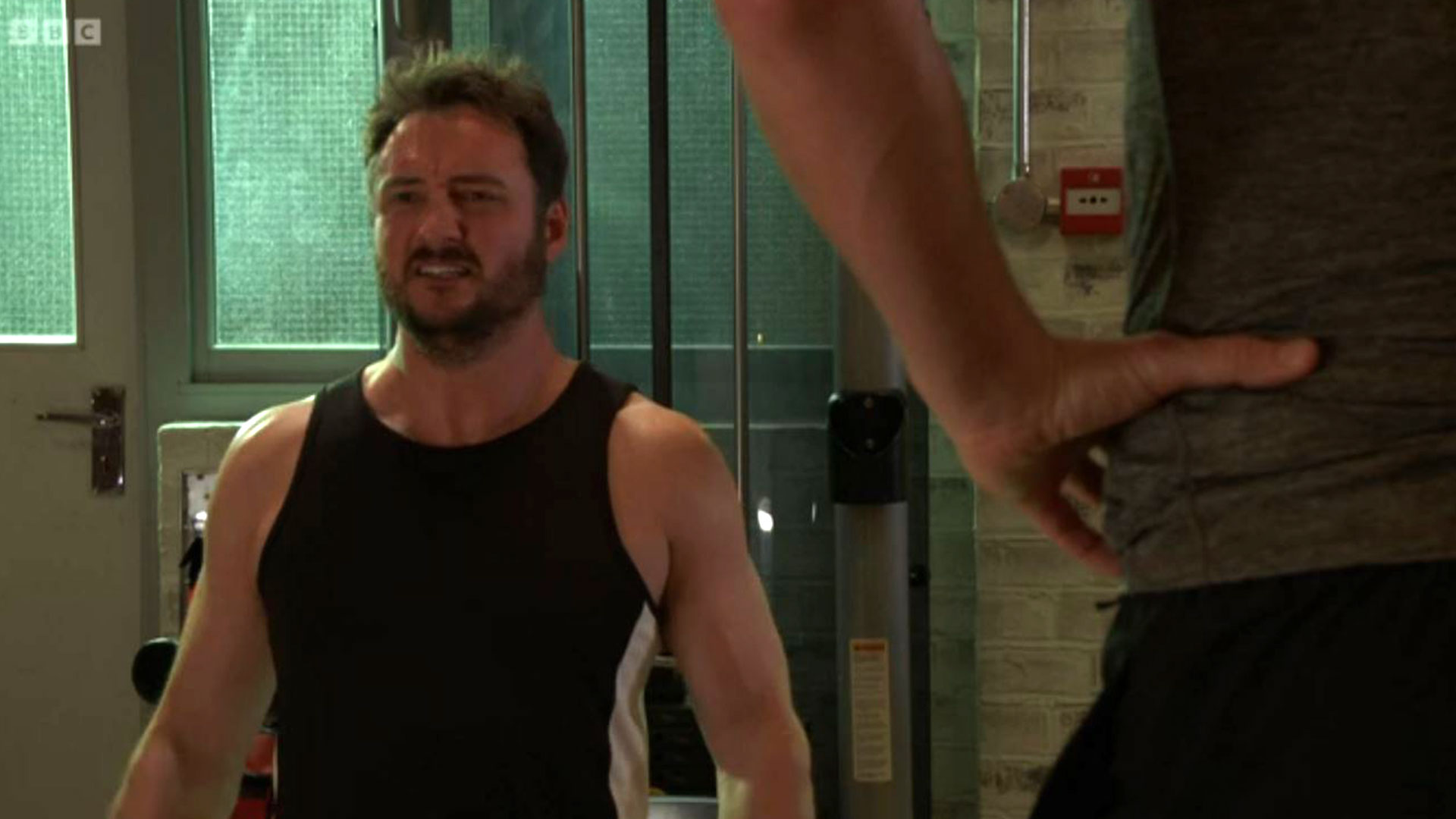 The market trader – played by James Bye on the BBC One soap – hit the gym with Zack Hudson to work on his physique.

While giving a Zack love advice after he cheated on Nancy Carter with Sam Mitchell, Martin could be seen flexing his biceps and grimacing.

Martin told Zack he had doubts about their relationship and whether he was ready for marriage.

But viewers were left hot under the collar by the gym workout and distracted by hunky Martin.

One wrote: ““Omg stop with the weight lifting Martin is so sexy!!!!”

“Martin and Zack in the gym…the only reason I watch,” a third joked.

An excited fan gushed: “Martin in a vest yes please. I’d be okay with Zack and Martin having all their conversations at the gym. #EastEnders.”

Another quipped: “Martin and Zack all hot and sweaty and yummy those biceps.”

Zack’s one night stand with Sam was exposed by a technology blunder earlier this week.

The hunky chef – who is played by actor James Farrer in the BBC soap – fell into bed with Sam last week after being rejected by girlfriend Nancy Carter.

Sam promised not to reveal their night of passion, while Zack decided to keep it a secret from Nancy, not wanting to hurt her.

But as Nancy and Zack kissed, a picture of Sam in Zack’s hoody in front of a shirtless Zack flashed up.

Seeing the situation getting out of hand, Zack pleaded with Nancy for forgiveness and later proposed.

But she decided that there’s no turning back and ended their relationship.

She told a devastated Zack that she was leaving Albert Square for good.