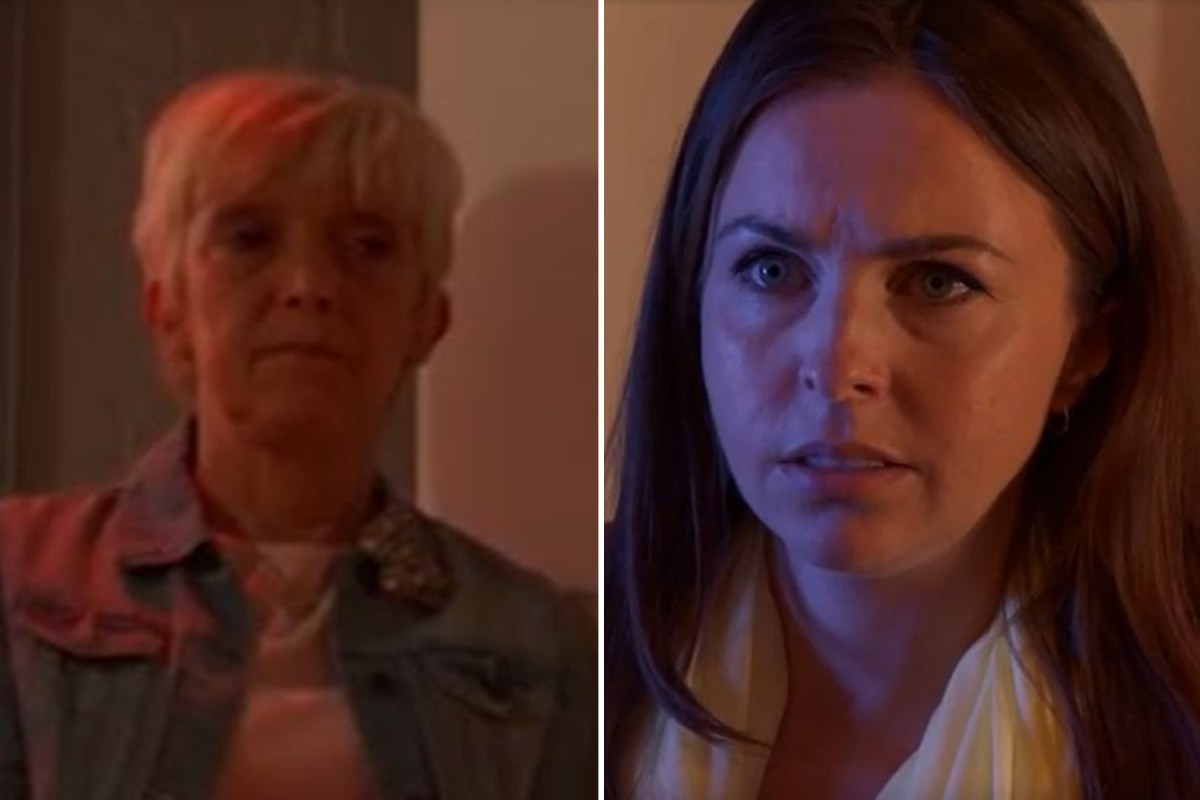 Guilty Ruby finally confessed to framing Jean’s daughter Stacey for causing her miscarriage last night after she accompanied her to an appointment at hospital.

Tonight, Ruby begged Jean to let her explain and told her she cared about her.

“You care about me? How? Stacey is sat in a cell, away from her kids, away from me,” she raged.

When Ruby tried to apologise, Jean said: “Nothing can give me back the time I’ve lost with my daughter, time you know I can’t afford to waste.”

Fighting back tears, Ruby made more excuses, telling Jean: “ She made my life a misery. She hurt me. She humiliated me.

“She came to the club that day to have another go at me and she knew I was pregnant, but that didn’t matter to me. Stacey didn’t push me but it’s her fault I lost that baby.

“You’ve seen everything me and Martin have been through, and we might have a chance. Please don’t take that away from me.”

Jean refused to show Ruby any sympathy and stormed off, but later she appeared at the club.

“I’m off to see Sean tonight and by the time I get back you need to have told Martin the truth. Or believe me I will.”

Fans were left divided over Jean’s threat, with some pleased to see Ruby get her comeuppance while others felt sorry for the businesswoman.

One said: “Living for Jean Slater becoming the warrior of justice!”

Another added: “Jean Slater will always be an icon.”

A third chimed in: “Listen to Jean Ruby she is right!”

Who was James Rado and what was his cause of death?