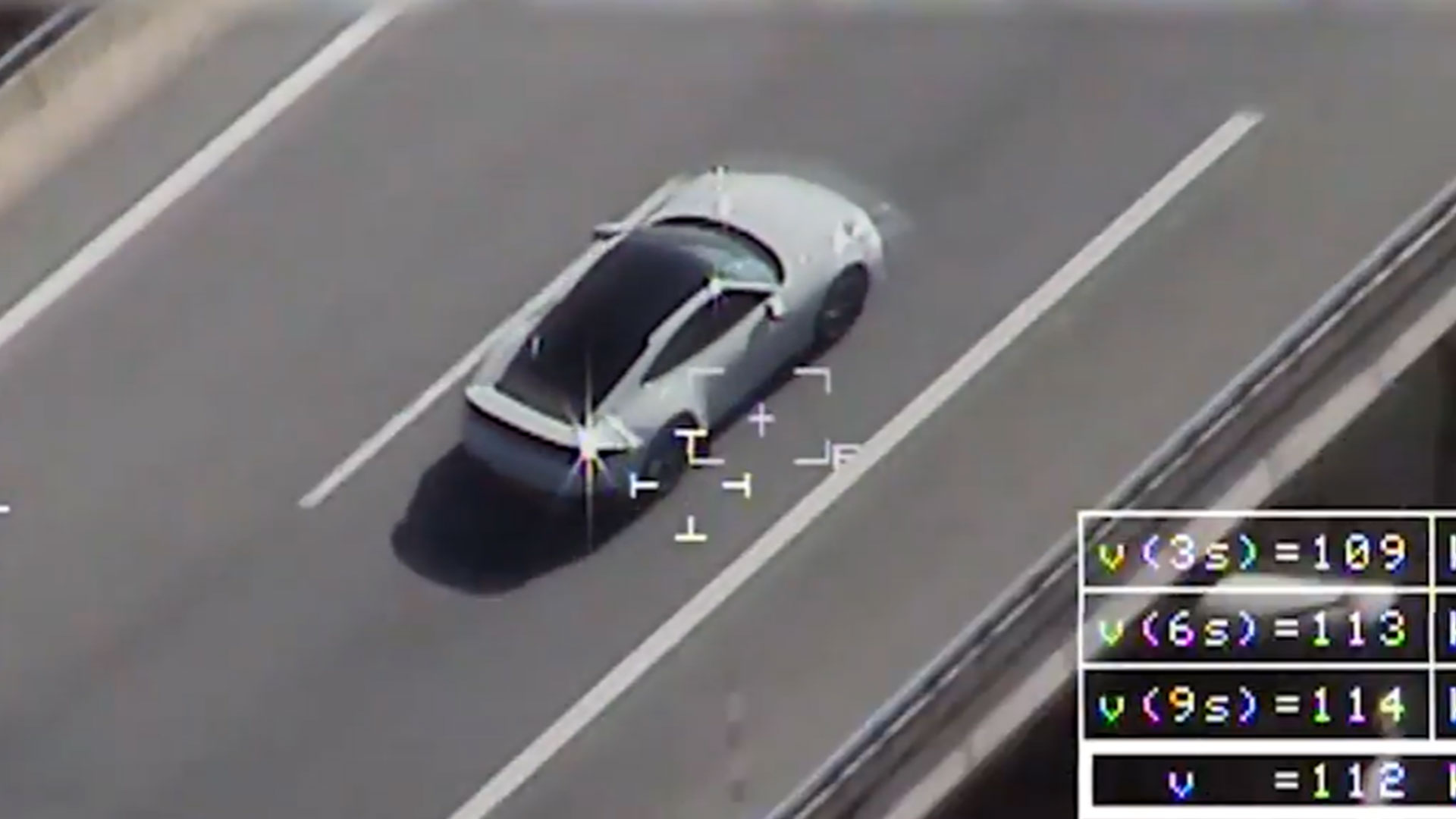 
THIS is the dramatic moment a police helicopter chased an Irish tourist doing 180mph in a Porsche on the motorway.

Spanish authorities said a chopper was monitoring traffic when it spotted the rev-head blitzing it down a motorway outside Madrid.

The heli followed the Porsche and used speed detection equipment to track its velocity, which showed the car doing 180pmh in a 75pmh zone earlier this month.

The vehicle appears to be the latest 992-Generation Porsche 911 Carrera S – a twin-turbocharged sports car capable to hitting speeds of 185pmh in the right conditions.

Highway cops stopped the car further down the road and charged its driver, an Irish tourist, with reckless driving.

According to motoring website Speeding Europe, the penalty for exceeding 125mph on Spanish motorways is three to six months in jail, or a fine equal to six to 12 months of the driver’s salary as well as suspending their licence for up to four years.

Highway officers said the region where the driver was caught speeding has witnesseds 28 road accident resulting in two deaths and 11 serious injured just this year.

It comes as a rare £2m classic Ferrari supercar smashed into a barrier, leaving it strewn across the road.

The owner of the Ferrari F40 lost control part way around a lefthand bend in Switzerland, smashing into the barrier and doing quite a bit of damage to the front of the car.

A video has captured the crash scene and shows the driver going into the corner and disappearing around it before a lot of tyre squealing and a smash indicates the worst.

The was then F40 lifted onto the back of a truck with a huge amount of damage done to its front end.

Happily, it was reported that the driver is fine, but that they will need deep pockets to put the F40 back on the road.

There is no cause given for the crash – the F40 doesn’t appear to be travelling particularly quickly into the corner for what is a race-bred machine.