Donald Trump endorses taking Afghan refugees who helped U.S. military in a departure from his stance on refugees 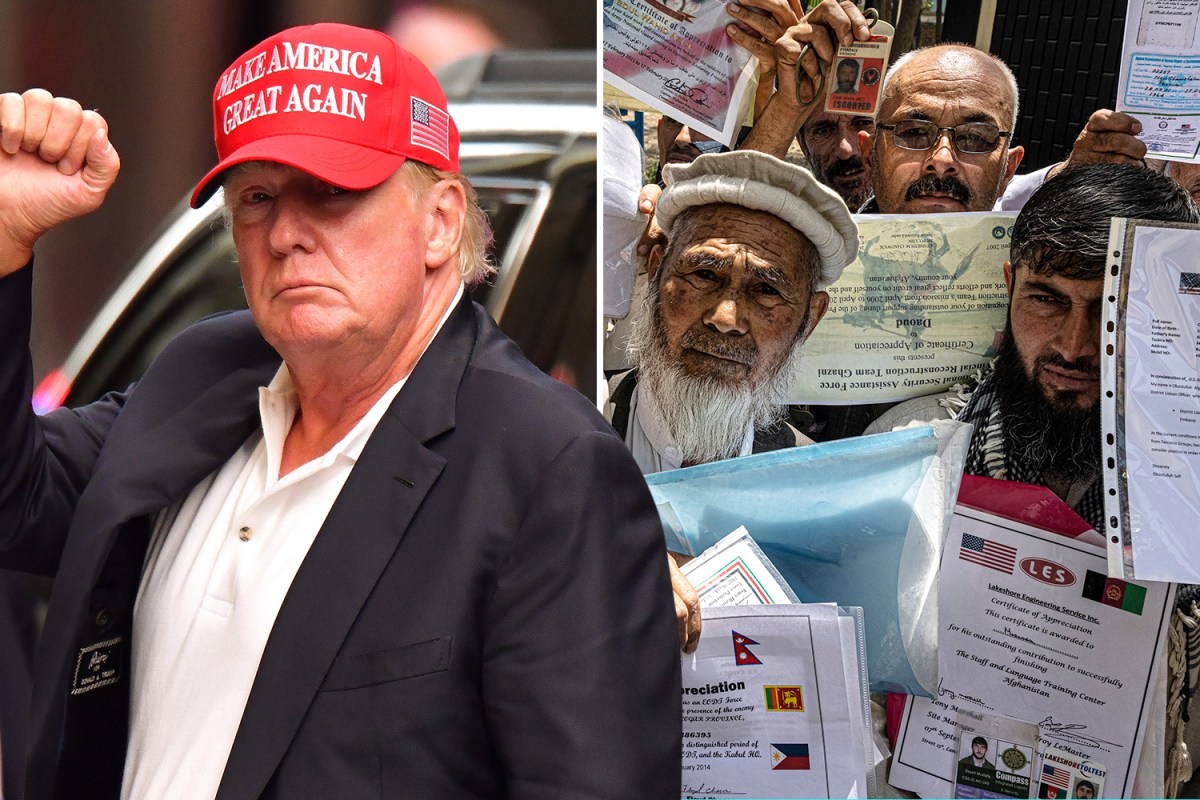 
DONALD Trump has endorsed the idea of taking in Afghan refugees who helped the United States military in a departure from his stance on refugees.

The former president’s political action committee issued his statement on Monday, as Joe Biden finally addressed the nation on the crisis in Afghanistan after days of silence.

Trump’s statement read: “Can anyone imagine taking out our military before evacuating civilians and others who have been good to our country and who should be allowed to seek refuge?

“In addition, these people left topflight and highly sophisticated equipment.

“Who can believe such incompetence? Under my Administration, all civilians and equipment would have been removed.”

In another statement released Monday, Trump dubbed Afghanistan as “the most embarrassing military outcome in the history of the United States.”

On Monday afternoon, President Biden threatened “devastating force” against the Taliban if they were to interfere with the US evacuating from Afghanistan.

The president also admitted to being “responsible” for what has happened, but noted that the crisis in Afghanistan has lasted through four US presidents – and that “the buck stops here.”

Speaking at the White House, Biden said: “The truth is this did unfold more quickly than we had anticipated.”

Afghanistan erupted into disarray as the Taliban made their way across the country in recent days, taking the capital of Kabul over the weekend as the US has been attempting to withdraw its forces, The Associated Press reported.

Biden also said: “American troops cannot and should not be fighting the war, and dying in a war that Afghan forces are not willing to fight for themselves.”

The president addressed the country just one day after Trump demanded he resigns on Sunday over the Taliban’s advances in Afghanistan.

Trump also gave several other reasons he thinks Biden should “resign in disgrace,” including Covid, the border crisis, and the “destruction” of US energy independence.

The former president appeared to blame Biden for the Taliban’s surge in Afghanistan as the US continues to pull troops out.

“It is time for Joe Biden to resign in disgrace for what he allowed to happen in Afghanistan, along with the tremendous surge in Covid, the border catastrophe, the destruction of energy independence, and our crippled economy,” the statement said.