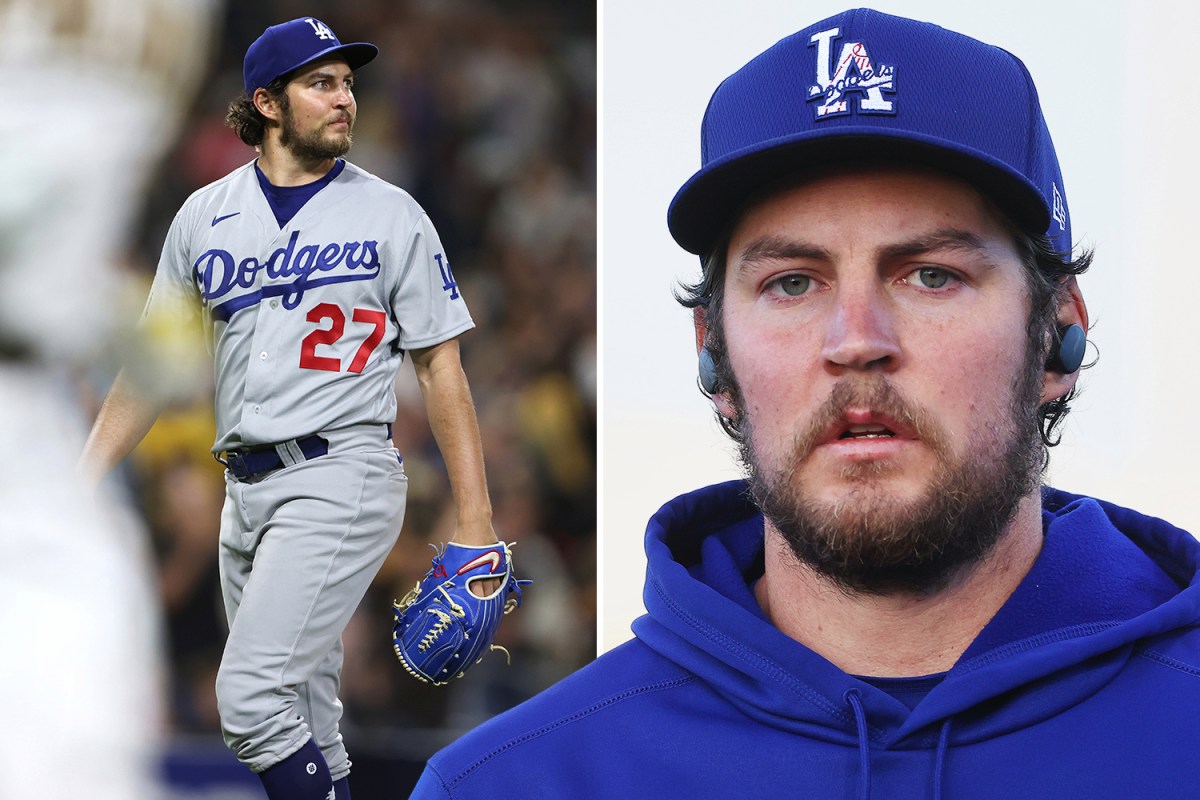 
BASEBALL star Trevor Bauer – who is under investigation for alleged sexual assault in California – has spoken out after it was reported that the pitcher was the subject of a restraining order sought by a different woman last year.

Bauer tweeted that he could “no longer be silent” following the Washington Post’s report into an order sought by an Ohio woman in June 2020.

The woman reportedly claimed that Bauer, then playing for the Cincinnati Reds, choked and hit her during sex without her consent.

The order was requested after Bauer allegedly made repeated threats against her, the Washington Post reported.

In a tweeted statement on Saturday, Bauer said that his representatives provided The Post with “a wealth of contradictory evidence, documents, statements, and background information.”

This evidence, he claims, showed a “pattern of disturbing behavior by they woman and her attorneys.”

Bauer also said that the woman “harassed and physically assaulted” him, adding that she “attempted to extort me for millions of dollars last year in exchange for her not coming forward with false claims.”

Photographs independently obtained by the outlet reportedly show bruises on the woman’s face and blood in her eyes, which the woman’s lawyers claim was caused by Bauer punching and choking her during sex without consent.

The allegations bear a close resemblance to ones made by a woman in California this summer, who claims the pitcher sexually assaulted her on two separate occasions, including allegations he choked her unconscious with her own hair and then sodomized her.

While Bauer has denied those claims, he is currently on forced leave from the MLB through August 20 as a police investigation is carried out.

The allegations made by the woman in Ohio, meanwhile, have never previously been reported.

A police report obtained by The Post reportedly details an incident at Bauer’s Cleveland-area apartment in 2017, when the Ohio woman attempted to show police photos of injuries to her eyes that she said were caused by Bauer.

Bauer called police to complain that a woman he called “a friend of his” had assaulted him and refused to leave, a police report said.

When officers arrived, they found the woman drunk, wearing only a shirt and underwear.

Bauer told the cops that she had turned up to his apartment drunk and “struck him several times.” He showed the officer “scratches on his right arm” which he said had been caused by the woman, The Post reported.

Police reportedly found the woman vomiting in the bathroom and noted that she appeared to be “heavily intoxicated.”

Bauer reportedly declined to press charges against the woman for assault, but she ended up being arrested for underage drinking as she was not 21 at the time.

As she was being arrested, the woman reportedly attempted to show the cops “pictures on her phone of her ‘red eyes’ which she claimed were caused by Bauer on a previous occasion.”

The Post reviewed copies of those images which are described to show the corners of the woman’s eyes flooded with blood that reached her irises.

Those injuries were caused by Bauer choking her during sex without consent, the woman’s attorney claimed.

There’s nothing in the report to suggest the woman’s claims were ever investigated.

The outlet also obtained copies of text messages Bauer allegedly sent the woman, which her lawyers said prompted her to seek an order of protection.

“I don’t feel like spending time in jail for killing someone,” reads one message, as per The Post. “And that’s what would happen if I saw you again.”

In another undated exchange on Snapchat, Bauer allegedly wrote to the woman: “Like the only reason I’d ever consider seeing you again is to choke you unconscious punch you in the face shove my first up your a** skull f**k you and kick you out naked.

“And obviously, I would never do something like that to anyone,” Bauer is alleged to have continued. “So cant even enjoy the one thing I sometimes enjoyed with you.”

They also questioned the legitimacy of the photographs and the messages, which they said have been provided “years after the alleged incidents and with no corroboration.”

Bauer’s legal team has also dismissed the claims of the woman in California, calling the allegations “baseless” and “defamatory”, while suggesting images she submitted of her injuries allegedly caused by Bauer were edited.

Speaking to The Post, Fetterfolf further insisted that the Ohio woman’s request for a restraining order last year was “bogus” and part of a “pattern of threatening behavior toward Mr. Bauer after numerous requests for her to cease contact.”

The attorney described Bauer and the Ohio woman’s relationship as being “on-and-off” across a period of three years and was “wholly consensual.”

When Bauer attempted to end the relationship, Fetterfolf claims, that the Ohio woman “proceeded to contact him hundreds of times” and even allegedly attempted to meet him in another city against his wishes.

Fetterfolf called the woman’s motion to seek a restraining order an “extortion attempt” carried out by both her and her lawyer.

Timothy Hess, the Cleveland lawyer who filed for the order of protection, fired back at Fetterfolf’s remarks, insisting the order was sought because of threats Bauer had allegedly sent to her.

Such threats, Hess alleges, included claims he was going to send a video of them having sex to a member of the woman’s family.

In one message, Bauer is alleged to have written: “I’d really hate for him to see a video of you getting f**ked.”

“Why are you threatening me right now?” the woman responded, as reported by The Post.

Bauer allegedly replied: “Haha I’m just joking with relax… That’s completely off-limits… But… assuming it wasn’t you and it was a completely different situation, gotta admit, that would be funny.”

The protection order was temporarily granted by a judge in Cuyahoga County but the woman dismissed it six weeks later after Bauer’s attorneys threatened legal action.

The woman drafted a civil suit against Bauer but never filed it, court records obtained by The Post show.

Her current attorney claims she ultimately “made the decision that moving forward with any legal action was not worth the potential public shaming and baseless lawsuits threatened by Bauer’s team. She never wanted any of this public.”

As part of its ongoing investigation into Bauer, the MLB reportedly sought records related to the 2017 incident at Bauer’s Ohio apartment.

The related police report has since been expunged, however, according to The Post.

In a statement, the league said it takes all allegations very seriously but declined to elaborate further.

It’s currently unclear whether the Ohio woman is currently in contact with the MLB or California police. She declined to be interviewed.

Earlier this week, Bauer’s leave was extended by MLB for a fifth time while investigations look into the allegations made by the woman in California.

The woman, identified only as Ms. Hill in court documents, accused 30-year-old Bauer of choking her until she lost consciousness on multiple occasions, punching her in several areas of her body and leaving her with injuries that required hospitalization over the course of two sexual encounters earlier this year.

The allegations were made in a domestic violence restraining order that was filed on June 28.