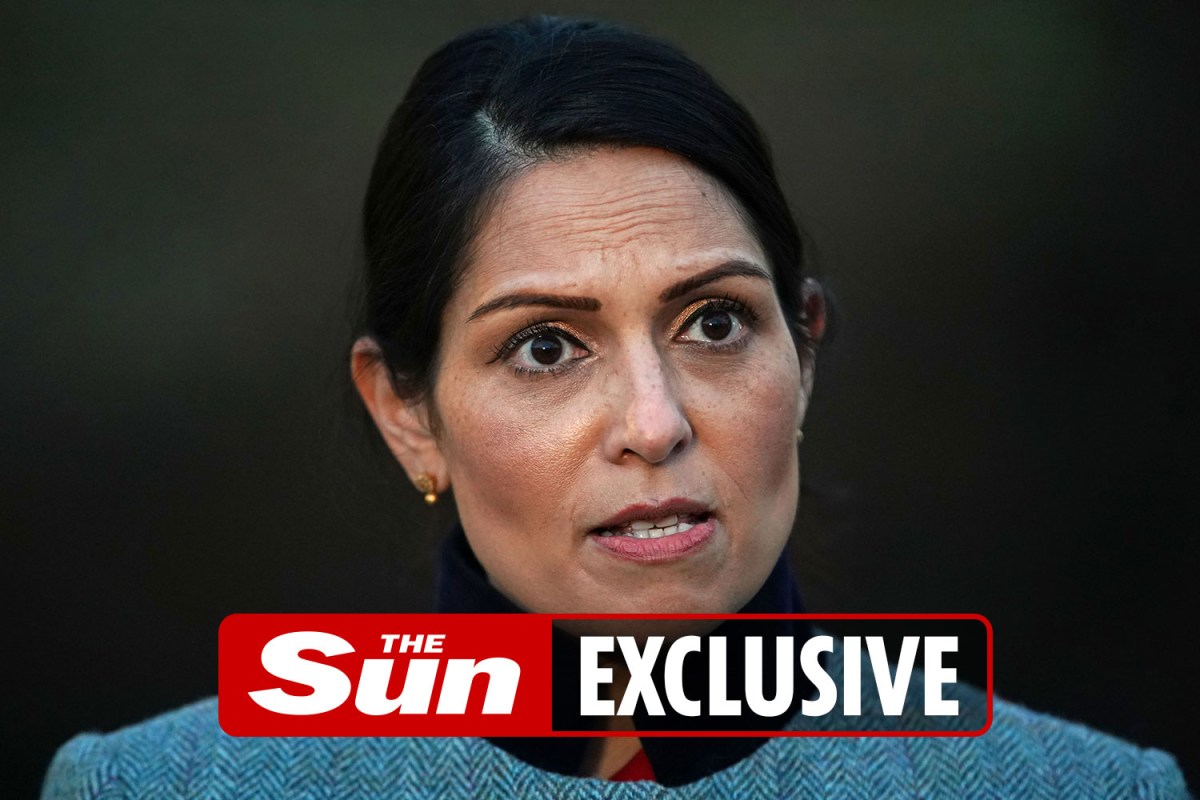 
DEPORTATION flight to Jamaica took off with just SEVEN people on board yesterday after lefty lawyers got last minute reprieves for dozens of rapists, murderers and robbers.

To the fury of Priti Patel, the Home Office was hit with the legal challenges just hours before the 1am flight to Kingston, Jamaica.

The Airbus A330 almost never took off from Stansted at all after campaigners tried to use Covid to scrap the entire flight.

When the 357 seat jet did take to the air it had just a handful of prisoners onboard along with the crew of the chartered Wamos Air plane.

The 43 convicts hauled off the plane had been sentenced to a total 245 years for appalling crimes including murder, attempted murder, rape, sex offences against children.

It emerged that lawyers for 18 of those with seats on the flight only lodged a last ditch appeal 24 hours before lift off.

Home Office insiders say their legal teams were bombarded with “everything and anything” as lawyers tried and get their clients off the plane.

They dropped dossiers citing human rights laws saying they have close family in the UK or children born here.

And they also abuse Modern Slavery laws, claiming the criminals themselves are the victims and should not be deported.

A Whitehall source told The Sun: “Once again specialist law firms have pushed the law to its limit, wasting taxpayers money on meritless claims to try and keep dangerous foreign national offenders in the country.”

The seven who were chucked out of Britain had been jailed for a combined 46 years for rape, sexual offences against children, assault and possession of offensive weapons.

Raging Patel said: “These individuals are responsible for some of the most appalling crimes – rape, assault, grievous bodily harm, drug offences, and sexual assault of children.

“They have violated our laws and values and have left their victims living with the scars of the crimes that took place against them.

“The British people should be in no doubt of my determination to remove these criminals to protect both the victims of their crimes and the public.

“The Government uses every means to continue to remove foreign nationals who have committed crimes against our citizens.

“We remove foreign criminals from the UK to different countries every week and this flight is no different.”

The Home Office said none are British Nationals or members of the Windrush generation.

Maria Thomas from lefty ambulance chasing firm Duncan Lewis solicitors bragged the majority of their clients had their seats on the jet cancelled.

She said: “The Home Secretary’s removal practice by way of charter flights in this manner is brutal and inhumane, and a massive burden on the taxpayer.”