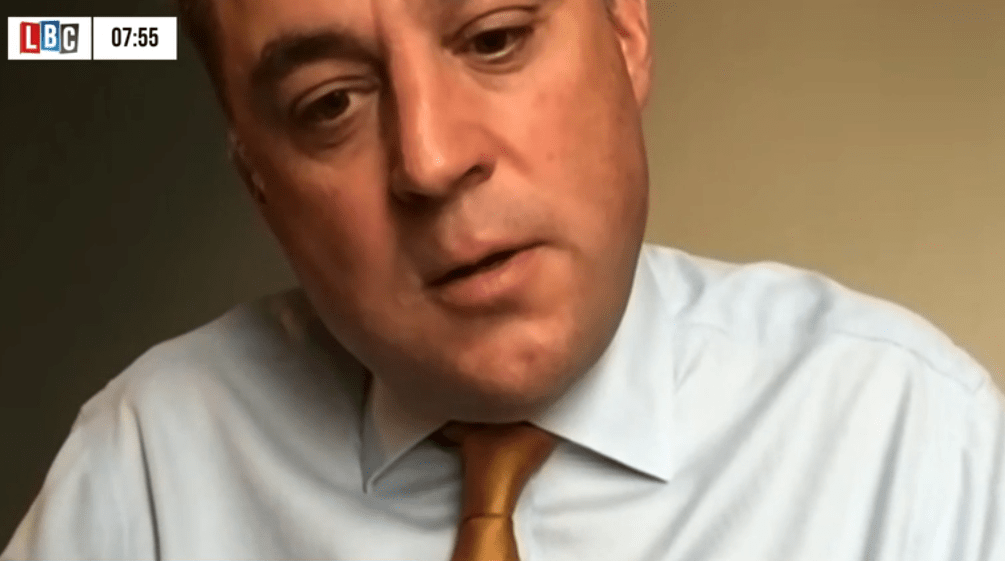 
EMOTIONAL Defence Secretary Ben Wallace choked back tears today as he admitted “some people won’t get back” from Afghanistan.

Asked why the Taliban’s rout of the country was weighing on him so heavily, the Scots Guard veteran said: “Because I’m a soldier.”

Britain is scrambling to evacuate its citizens and embassy staff from seized Kabul, as well as Afghans that aided our troops during the UK’s mission.

Mr Wallace said the Government is racing to fast-track visas for Afghani interpreters and contractors – but warned not everyone would make it.

His voice cracking, he told LBC: “They’ve risked their lives over the last 20 years. The very least, our obligation has to be as many of these people through the pipeline as possible.”

“But I think I also set a really big part of regret for me… Some people get back… Some people won’t get back, and we will have to do our best in third countries to process those people.”

Before becoming an MP Mr Wallace was an officer in the Scots Guards, serving in Northern Ireland, Germany, Cyprus and Central America during the 1990s.

He added: “We all have our memories, and you cannot help but understand the real sense of sadness and anxiousness from our veterans.”

Military planes are evacuating people from Kabul airport. Yesterday around 300 people were flown out with a target of 1,500 people over the next 36 hours.

Mr Wallace is working with the Home Secretary to speed up visa processing of Afghans.

He said some will be dropped in Middle East countries while processing takes place.