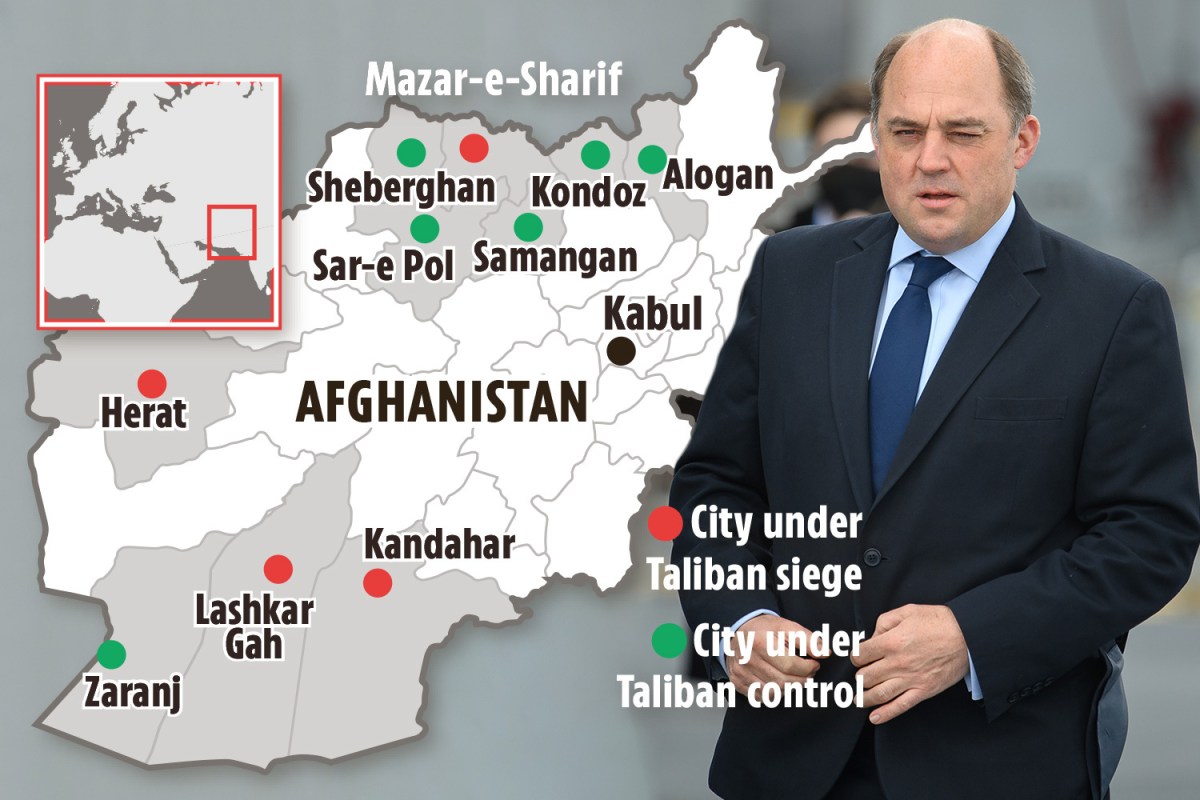 
DEFENCE Secretary Ben Wallace condemned US President Joe Biden’s “rotten deal” with the Taliban as Afghan cities continued to fall to the insurgents.

He also revealed Britain tried but failed to get allies to remain after Mr Biden’s decision to cut and run blindsided UK officials.

The minister also considered letting British troops go it alone in a bid to stop the carnage but said it would have meant pulling out of too many other missions.

Mr Wallace said: “The deal was a rotten deal, it is flawed. It saddens me that the deal picked apart a lot of what was achieved in Afghanistan over 20 years.”

Taliban militants scoffed at calls for a ceasefire last night as stronghold after stronghold crumbled.

The northern town of Aibak was the latest to fall to the Taliban, bringing their tally to six since Friday.

At least four other cities are under siege, including Lashkar Gah where British troops were headquartered.

Diplomats fear the capital Kabul could find itself encircled.

The UN said at least 27 children have been killed in three of the 34 provinces over 72 hours.