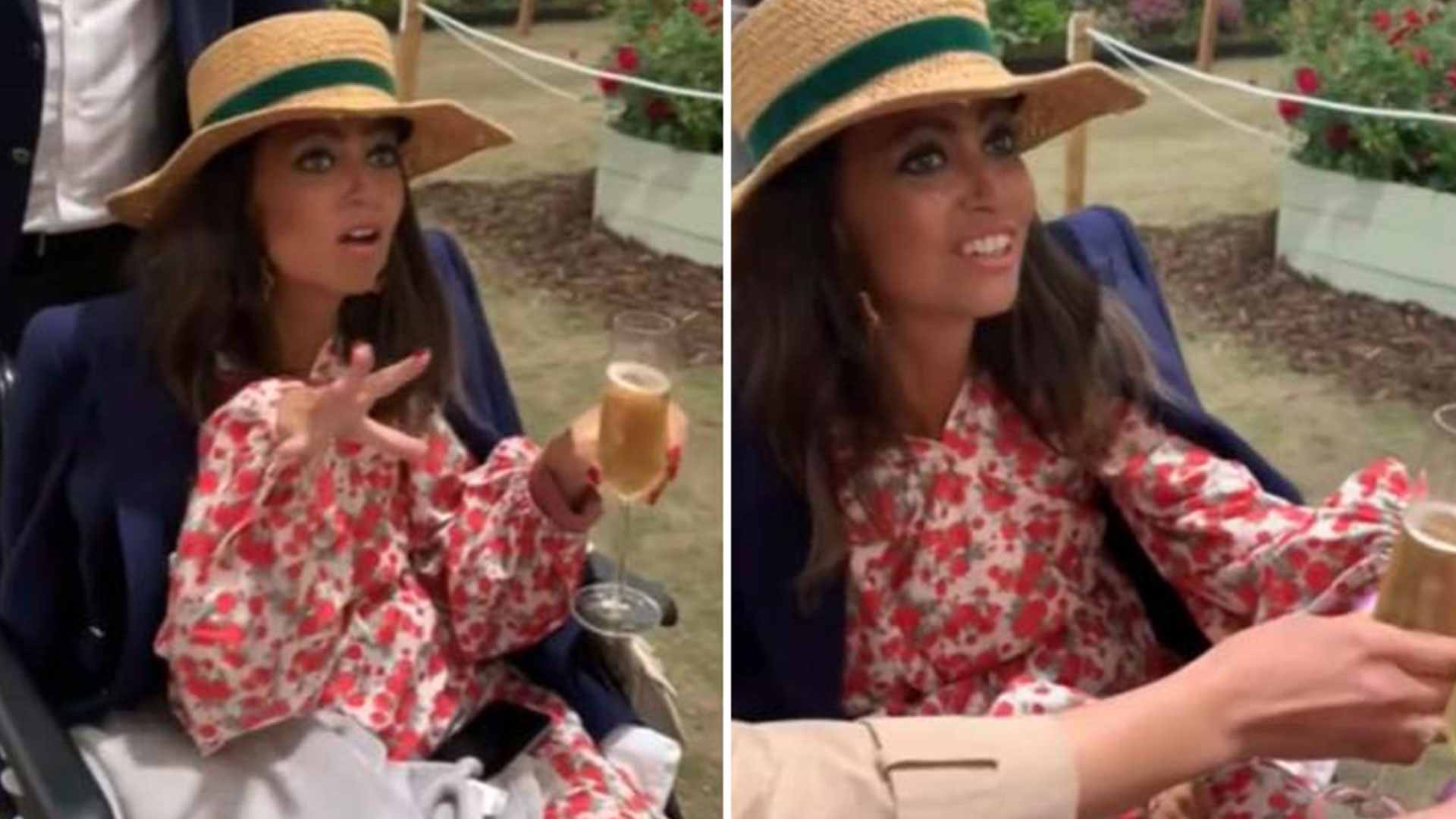 
DAME Deborah James tonight visited a rose which was named after her at the Chelsea Flower Show.

UK Times writer, 40, celebrated with a glass of bubbly and said the honour meant “absolutely everything”.

Mum-of-two Deborah, who was moved to end-of-life care earlier this month for bowel cancer, arrived with husband Sebastian Bowen for an hour-long private tour.

She was filmed saying “how beautiful” and “this is amazing” when she arrived in her wheelchair.

Deborah this week told how she hopes her daughter Eloise, 12, will one day have it in her wedding bouquet.

The rose, described as a floribunda, is white with a subtle pink centre. It is repeat flowering from early June.

Deborah, whose favourite flowers are roses, told the BBC tonight: “Flowers are a reminder of our future.

“We plant the seed not knowing what we might see grow.

“Being around nature gives us a lift and it is a reminder that life continues to blossom, even in some of the hardest places, and brings a smile to all of our faces, even in the hardest of times – particularly mine.”

The rose was introduced at the flower show on Monday by World of Roses and the Harkness Rose Company.

For every rose sold, £2.50 will be donated to the BowelBabe Fund, which has raised a staggering £6.4million in just over a week – £7.5million including Gift Aid.

The Harkness Rose Company Chairman Philip Harness, announcing the flower this week, said: “Dame Deborah has been inspirational in her tireless efforts to raise awareness of bowel cancer.

“I am honoured to be introducing this rose for her and I am sure it will be a favourite in the nation’s gardens.

“I am proud that we can launch this rose in aid of the Bowelbabe Fund for Cancer Research UK, and the charity donation from every rose sold will help ensure Deborah’s legacy lives on.”

Dame Debs’ rose is available for pre-order, and will be available this Autumn.

Ian Kennedy of Roses UK said: “We are honoured to have played a small part in arranging the naming of this rose for Dame Deborah James.

“It’s always a pleasure to be involved in rose naming’s and this one is particularly special – the perfect rose for an exceptional and courageous lady”.

Deborah has also revealed she created a clothing line with In The Style, releasing a charity T-shirt.

And she told UK Times she does not know how long she has left, adding: “I’m scared to fall asleep and that’s one of the biggest reasons I’m so tired. I’m scared to go to sleep.”