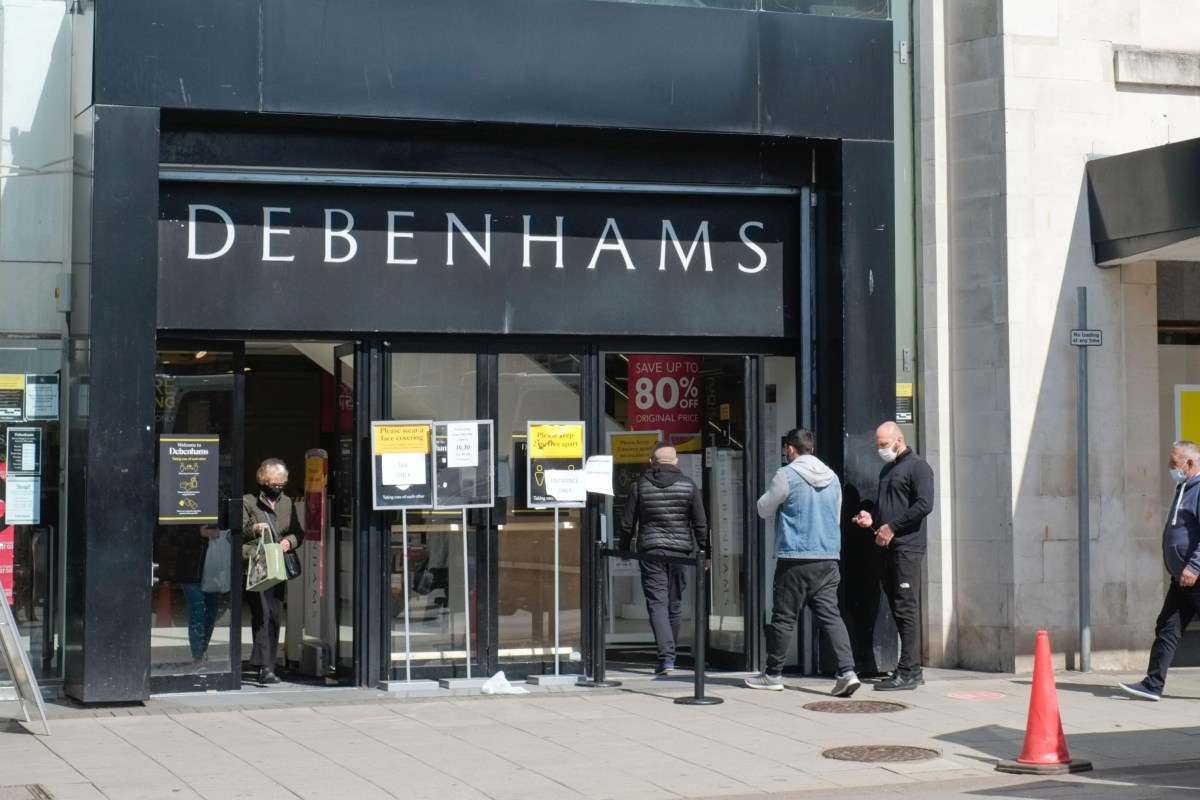 The historic department store chain will close the last 28 shops across the UK for good, after the company collapsed as a result of the coronavirus pandemic.

The retailer has been staggering store closures with some locations such as Taunton and Newbury closing as early as May 2.

A further tranche of Debenhams shops then ceased trading on May 4. This includes locations like Walsall and Winchester.

Now, the last 28 of its sites left standing will be closed forever from the end of the day.

The retailer has suffered slumping sales in recent years as shoppers moved away from traditional department store models.

But the enforced closure of sites during the pandemic was the final straw, resulting in the company falling into administration within weeks of the virus hitting the UK.

Which Debenhams stores are closing today

This is the last day you’ll ever be able to shop at a bricks and mortar Debenhams store.

Here’s the full list of the 18 locations that are still open for now but will be closed for good at the end of the day.

Debenhams began its liquidation process at the start of this year after failing to secure a rescue sale.

The chain, which employed more than 20,000 people before the pandemic, sold its brand and website online giant Boohoo  for £55 million in January.

The 118 physical Debenhams stores, and their 12,000 employees, were not part of the deal putting thousands of jobs at risk.

It also confirmed that it would not be reopening its 15 stores in Scotland following the coronavirus lockdown.

Debenhams reopened 97 of its English stores on April 12  – when non-essential retail was allowed under the lockdown easing roadmap – in order to clear stock before closing down.

This has meant that shoppers have benefitted from bumper sales as clothing and homeware was reduced to bargain basement prices.

Brits in the 28 areas where shops are staying open till the end of the day may get a chance to visit Debenhams for the last time – and could even nab a final bargain.

Prices have been slashed in store and online by more than 70% for some items.

For instance, shoppers can bag bargains of up to 80 per cent off in fashion and home departments, while the price of beauty and fragrances will be cut by up to 70 per cent.

Debenhams launches 80% off closing down sale ahead of stores shutting forever next week.

Savvy shoppers have been showing off their Debenhams closing down sale hauls, including one who bagged £118 worth of jumpsuits for £4.

Help the economy bounce back by supporting small businesses with these tips.