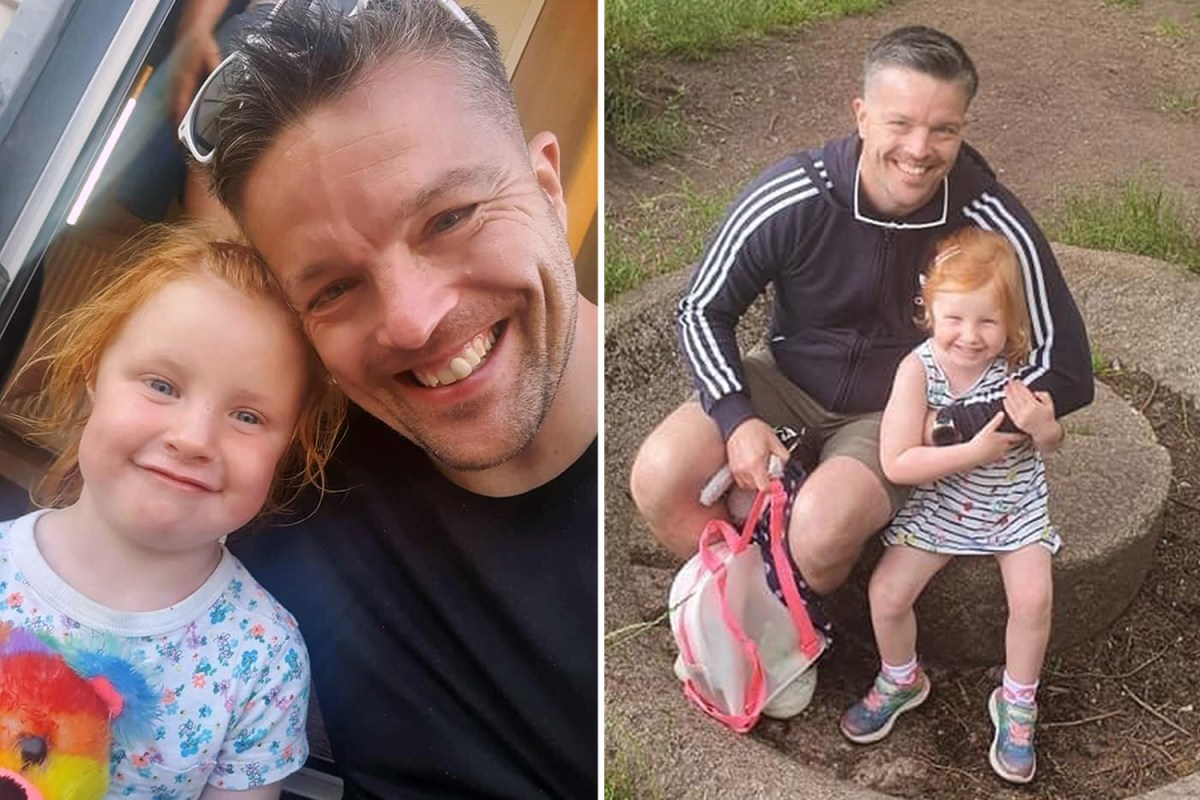 
HERO dad Lee Martyn made the “ultimate sacrifice” trying to save his three-year-old daughter from Jake Davison, friends have said.

The pair were among five victims killed by the 22-year-old gunman — including his own mother Maxine.

Family friend Dan Sobey, who runs a fitness business, told The Mirror how the tot’s mum Becky brought her to his class when she was just six months old.

Dan, 40, said: “Lee made the ultimate sacrifice. It brings a lump to my throat talking about it.

“As a friend and neighbour, we have real sympathy for them.”

“You can see from photos how much of a strong, lovely family they were.”

Lee made the ultimate sacrifice. It brings a lump to my throat talking about it

Mr Sobey added: “She was a very cute little girl, with floppy red hair, and turned into a lovely little toddler.

“Someone else who used to train at the same gym as Becky told me they would see Sophie toddling around there too.”

Friends, family and neighbours have paid their respects to the father and daughter.

One neighbour said: “It’s so awful. They were a perfect family. The sort you see in adverts.

“I can’t believe this has happened. Sophie was just the sweetest, cutest little girl. So, so lovely.

“This is absolutely devastating. Davison destroyed something so beautiful when he killed Lee and Sophie.”

Lee had been walking home with his adopted daughter Sophie when Davison turned his sights on them and pulled the trigger.

Lee had posted a picture on Facebook of the youngster, saying: “We finally adopted Sophie after nearly 15 months! Game changer.”

A close pal of nearly 30 years said: “Lee was a brilliant friend and loved by a lot of people.

The victims were targeted at random as Davison stalked suburban streets with his pump-action shotgun.

Minutes earlier, he had shot dead his 51-year-old mum Maxine in her home.

He then brought horror to the quiet streets — targeting four passers-by unfortunate enough to cross his path.

Also among the dead was Stephen Washington, 59 — killed as he walked his two beloved huskies.

Home Secretary Priti Patel paid her respects by today placing a large bouquet of flowers near to the scene.

Simon posted: “After tonight’s events we lost our dad, my mum lost her world, my kids and my brothers’ and sisters’ kids lost their grandad.

Terry Billing, a 75-year-old neighbour of final victim Kate, described her as a “lovely woman” who “always said hello”.

“She and her husband John were retired. What happened to Kate and all those poor other victims is atrocious,” he added.

And Plymouth City Council said a minute’s silence will be held at 11am on Monday.

Mourners continue to place flowers, candles and cards at the junction of Wolseley Road and Henderson Place.

The Independent Office for Police Conduct regional director David Ford said it would be looking at what policy and procedures were followed concerning Davison’s possession of a shotgun which had only recently been handed back to him.

Mr Ford added: “It has not yet been established whether the shotgun returned to Mr Davison was used in yesterday’s shootings.”