Dad brushes my hair because I’m too weak to do it, says Dame Deborah James 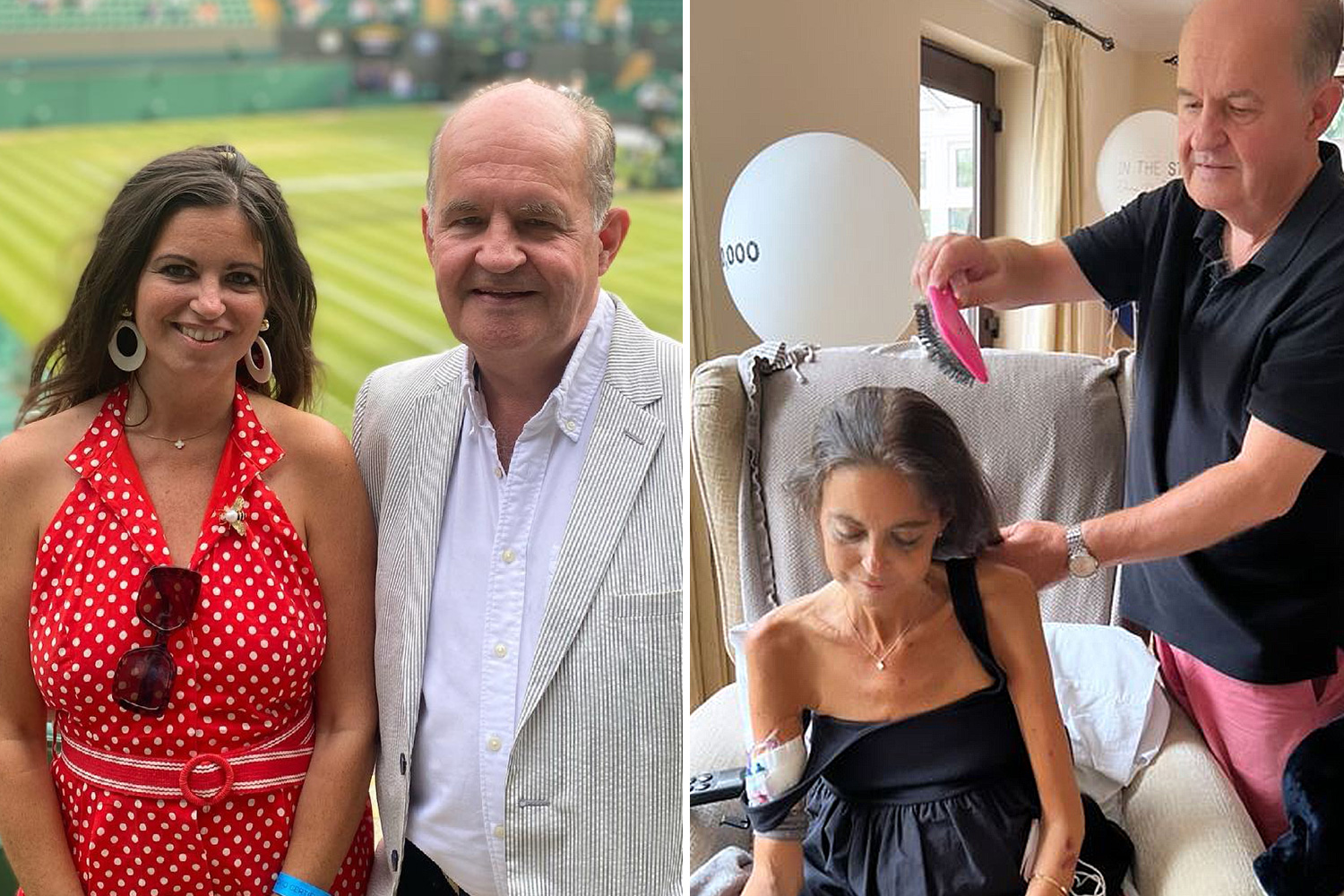 
DAME Deborah James said today that her father brushes her hair – as she is too weak to do it herself.

The heroic cancer campaigner, who is receiving end-of-life care at her parents’ home in Woking, Surrey, today shared a moving photo of dad Alistair gently combing her hair on Instagram.

UK Times writer, 40, called him an “unsung hero” in an emotional tribute for Father’s Day.

“Yes, my dad is brushing my hair because I have no strength anymore to brush this.”

In the picture, she sits cross-legged on a chair with her eyes half-closed.

Alistair stands behind her with a pink brush raised.

He can be seen lightly holding some of her long brunette hair in one hand.

In an exclusive interview with UK Times, Dame Deborah told of her love for her father.

She said: “My dad is my unsung hero, more so than ever. He’s quietly there behind the scenes, making sure I am OK.

“He’s always been a very calming, loving presence in my life — he’s very good at handling me and all my craziness. His patience knows no bounds.”

She joked that if she were ever in trouble with Alistair, she’d know that “s*** was bad”.

“It didn’t matter how naughty I’d been, he knew how to handle me,” she said.

“When I ruined the bathroom when I dyed my hair, he took it all in his stride.

“He would walk to me with a can of petrol when I ran out and needed to be rescued.

“My whole life, he has just been standing behind me, quietly holding me up.”

When she was in hospital for months at the beginning of the year battling bowel cancer, only her mum, Heather, was allowed to visit.

But it was Alistair who drove her in every day to make sure his daughter wasn’t alone.

Debs said: “It must’ve been horrible for him not being able to come and see me. I am his daughter too.

“It breaks my heart knowing they are having to watch this, I can’t imagine what it must feel like.”

As well as hair-brushing duty, Alistair has also helps out with the cooking.

“I find cooking really therapeutic at the moment – not that I ever actually eat the food,” Deborah said.

“I am painfully slow at everything, but Dad just patiently helps. The other night cooking fajitas took about an hour and a half, when it should’ve taken 30 minutes.

“Rather than just try and do it for me, he passed me the different ingredients and let me do my thing.

“It sounds like a small thing, but it means the world – and I love doing it with him.”

Debs has also paid tribute to husband Seb – and says it breaks her heart to know she’ll never see children Hugo, 14, and Eloise, 12, as parents themselves.

“It’s too hard to think about, the idea I won’t see my son as a father,” she said.

“The biggest thing for me right now, not knowing how long I have left, is that the kids will be ok.

My whole life, Dad has just been standing behind me, quietly holding me up

“Seb is a great father, he’s incredible with them both.

“I have absolutely no concerns about what will happen to the kids.

“He dotes on them and I know they will want for nothing.

“He loves them so much, and I know that when I’m no longer here, he will love them for me too.”

The fact she has lived to see Father’s Day is a surprise to Debs, who left hospital over a month ago to receive hospice at home care.

After learning she may have just weeks left, she went into overdrive, raising £6.7million for her BowelBabe Fund.

She released a new book, launched a fashion line and raised another £1million for her fund selling T-shirts emblazoned with her motto Rebellious Hope.

And after UK Times mounted a campaign to honour our columnist, Debs was made a Dame in a day — and had Prince William over for tea to celebrate.