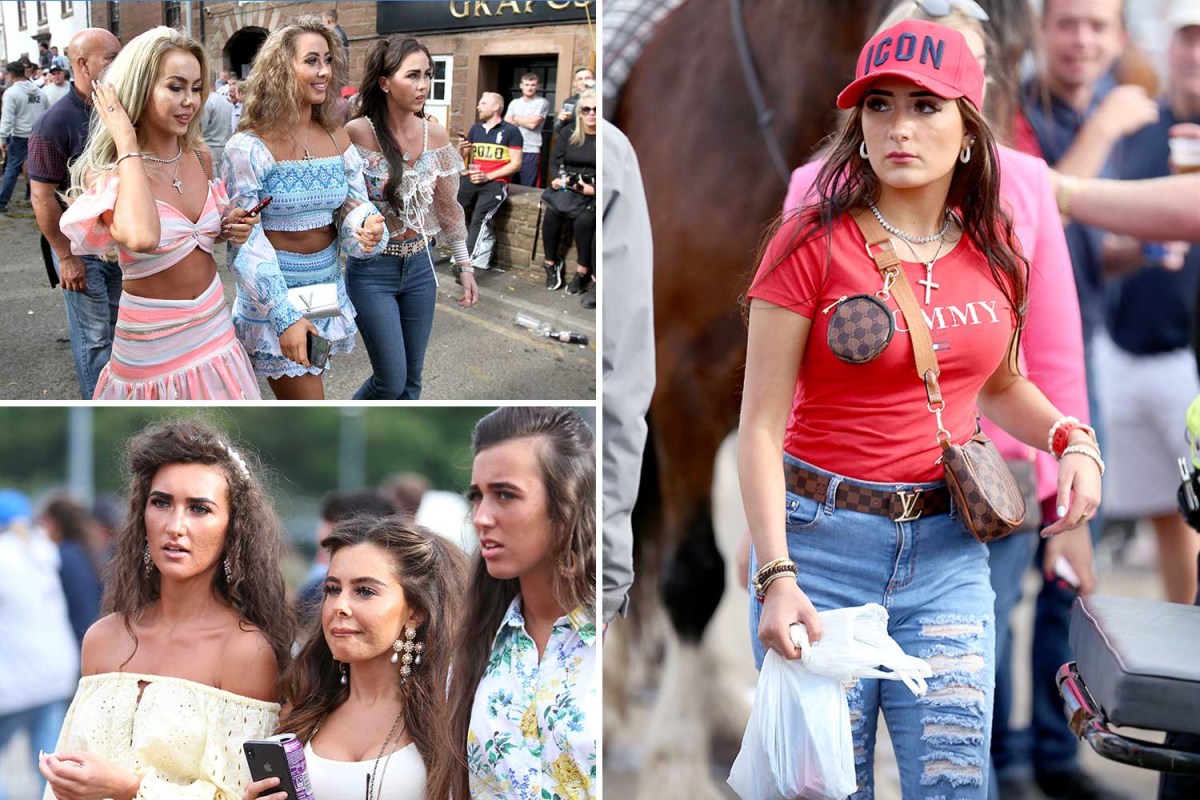 
CROWDS of travellers flaunted their fashion at Appleby horse fair – before cops descended over concerns there could be “serious violence”.

Seven people have been arrested at the annual traveller festival in Appleby-in-Westmorland, Cumbria – and cops are gearing up for more.

But the chaos didn’t dampen spirits at the historical celebration on Saturday – as hundreds of people from the Gyspy, Roma and Travelling community dressed to impress.

A parade of prettied-up women were seen strutting down the streets as though it was a catwalk in their finest clobber.

Two blonde pals were pictured in colorful two pieces alongside a woman in a sheer blouse as the sun shone.

Another trio flaunted some colour at the festival with their bold looks and long locks spectacularly styled.

Others sported their designer garms at the horse fair which is known as the perfect place to show off a statement look.

Tens of thousands of travellers are expected to have attended the event which honours their heritage and culture.