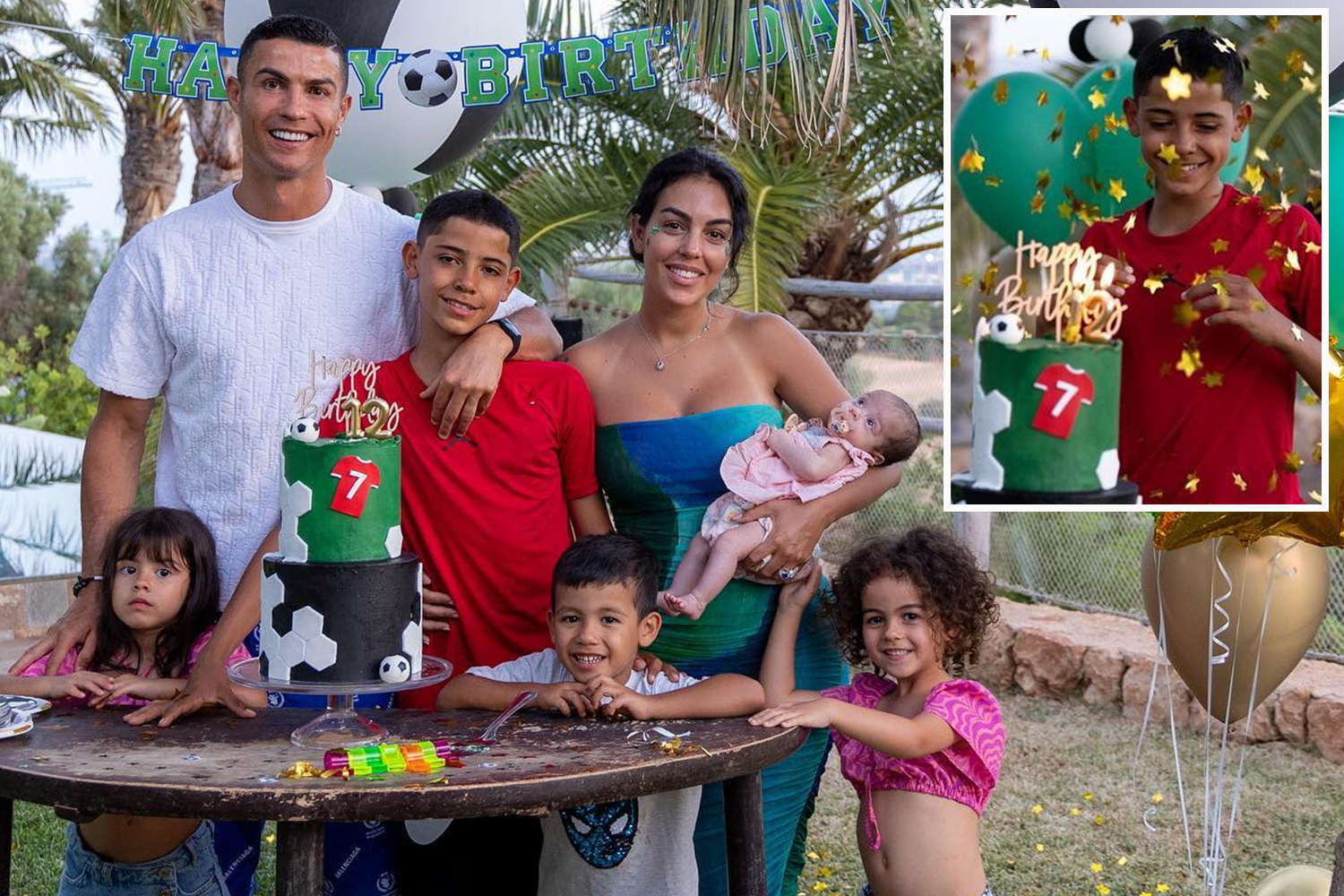 Ronnie Jr was celebrating with his family on holiday in Majorca, with the football mad youngster receiving a sport-themed cake.

Ronaldo paid a touching tribute to his son on his Instagram the day he turned 12, warming hearts of fans.

Ronnie is the oldest of Ronaldo’s five children, with the youngest being born just two months ago.

He is currently a shining light at Manchester United’s academy, recreating his father’s partnership with Wayne Rooney’s son, Kai.

‘Ron and Roo’ were a lethal duo for the Reds under Sir Alex Ferguson, winning the Champions League together in 2008.

Ronaldo and his family have been holidaying in Majorca, where the 37-year-old showed off his crazy abs.

He had previously been showcased in never before seen pictures by his wife to mark their son’s birthday.

The ageless wonder has managed to maintain his ridiculous fitness levels in the twilight of his career.

This has filtered through to his son, with the elder often sharing snaps working his child hard as he looks to follow in his father’s footsteps.

The Portugal international will soon be back into the pre-season grind, as he prepares for his second season back at Old Trafford.

Despite rumours speculating the superstar would not be in Erik ten Hag’s plans, it appears the Dutch manager is keen to keep hold of Ronaldo.

The Red Devils have been handed a nightmare start to the Premier League this campaign.

Erik ten Hag plays Liverpool in his third game and will have to navigate all of last season’s top four before October is out.