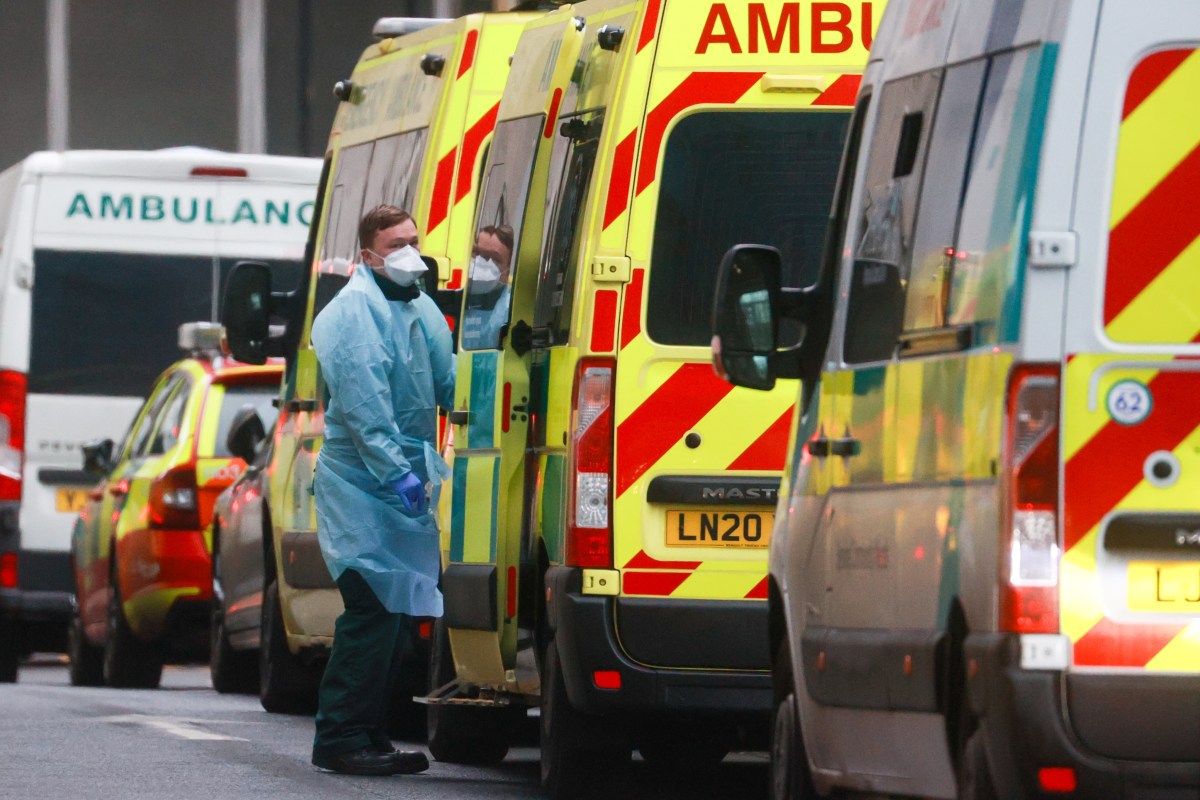 Experts are particularly nervous about an even more dangerous variant emerging and scuppering the UK’s exit out of the pandemic.

Two have already caused chaos in the country, and globally, and delayed the end of lockdowns – Alpha and Delta.

And in the latest Sage papers, the scientists which advise the Government said: “A variant which causes more severe disease could emerge through recombination, where it is produced in an individual infected with two separate variants or acquire other genetic material from other viruses or the host (realistic possibility).

“Current vaccines are highly likely to continue to provide protection against serious disease for such new variants.

“However, since no vaccine is completely effective, there would likely still be an increase in morbidity and mortality from such a variant.”

They also warned “early autumn” could be crunch time in the fight against the virus.

The experts noted it would be “a particularly risky time, if a return to pre-pandemic behaviours coincides with schools and universities reopening”.

It comes after a Public Health England report today said Covid vaccines are “less effective” against a new variant most prolific in Colombia.

The new strain, initially most found in Colombia, is scientifically called B.1.621.

It was labelled a “variant under investigation” by PHE last week.

PHE said in a statement today: “There is preliminary laboratory evidence to suggest that vaccination and previous infection may be less effective at preventing infection with [B.1.621].

“However, this data is very limited and more research is required. There is no evidence to suggest that [B.1.621] is more transmissible than the dominant Delta variant.”

The variant has mutations “of concern” that have been seen in other dangerous new strains, including from South Africa (Beta), Kent (Alpha) and Brazil (Gamma).

Yesterday we told how experts claimed Covid could eventually mutate into a “ultimate” variant 600 times more infectious than the original from Wuhan.

A study which plotted future outcomes for the virus, flagged a worrying – although rare – possibility it could truly outfox vaccines and lockdown attempts.

Richard Neher, an evolutionary biologist at Switzerland’s University of Basel told Newsweek the variant threat is “the pandemic within the pandemic.”

“Having billions of people infected presents a breeding ground for variants unlike anything we’ve ever seen with these sorts of viruses,” another biologist, Jonathan Eisen, warned.

Meanwhile, the highly contagious Delta variant, first seen in India, is “overwhelmingly dominant across the UK”.

PHE said initial findings “indicate that levels of virus in those who become infected with Delta having already been vaccinated may be similar to levels found in unvaccinated people”.

The Delta strain is more able to dodge immunity, too, with studies showing one dose of a vaccine is only 33 per cent effective against symptoms of Covid.

With the virus in high circulation, Brits have been urged to keep coming forwards for their Covid vaccines.

Around three in ten young adults (18 to 29) in England still have not had their first dose.

It means some 2.6 million 18 to 29-year-olds remain unvaccinated.

At the same time, this age bracket make up around 20 per cent of Covid hospital admissions, the new NHS Chief Executive Amanda Pritchard revealed this week.

Public Health England warned today that vaccines are the best way to prevent hospital admission or death from Covid disease.