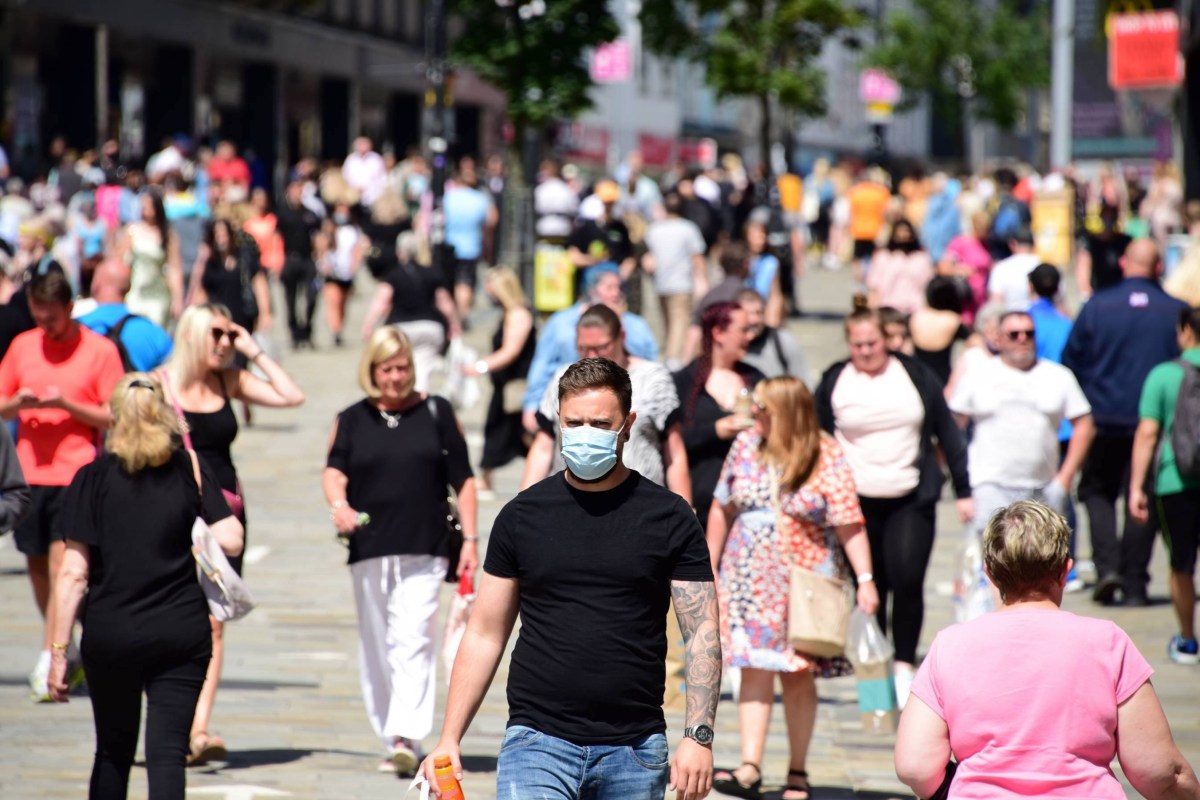 
COVID could eventually mutate into a “ultimate” variant 600 times more infectious than the original from Wuhan, experts have claimed.

A study which plotted future outcomes for the virus, flagged a worrying – although rare – possibility it could truly outfox vaccines and lockdown attempts.

A lab in Israel found there is a way Covid could spread much faster, if the right mutation happened.

Led by scientist Gideon Schreiber, the research broke down the virus’ spike protein “hook”, which it uses to break into human cells, into it’s most basic parts.

It then used those to try and work out all the possible combinations that could be made through virus mutations.

One of which was 600 times better at infecting humans than the original strain – evading vaccine antibody defences and with increased transmissibility.

“These findings suggest the need for close monitoring of the efficiency of drugs and vaccines for current and future mutations.”

Dr Stuart Turville said the study was a “glimpse into the future of what this virus can become”, with the “ultimate mutation” seen in a “sped-up evolution.

He told news.com.au: “We’ve done an experiment where we’ve looked at the full virus spike protein with that particular receptor binding.

“To cut a long story short, yes, it transmits much better than Delta.”

The World Health Organisation director of emergencies, Michael Ryan, warned worse could follow Delta as the virus continues to change.

He said: “Delta is a warning — it’s a warning that the virus is evolving, but it is also a call to action that we need to move now before more dangerous variants emerge.

“The game plan still works, but we need to implement and execute our game plan much more efficiently and much more effectively than we’ve ever done before.”

The Delta variant rampaged across the UK after first being seen in India. It was first flagged up in Britain in mid-April.

It was one of three from India that arrived on British soil around the same, but took off at a much more rapid rate.

Its biological advantage of being able to spread faster than any other variant allowed it to become rampant even with some restrictions still in place.

It has now spread across the world, with the US and China among the latest countries hit with the infectious variant.

Dr Fauci warned that the Delta surge in the US will send Covid cases soaring to more than 200k per day before plummeting, like in the UK.

Richard Neher, an evolutionary biologist at Switzerland’s University of Basel told Newsweek the variant threat is “the pandemic within the pandemic.”

“Having billions of people infected presents a breeding ground for variants unlike anything we’ve ever seen with these sorts of viruses,” another biologist, Jonathan Eisen, warned.

And millions of people have been forced back into lockdown in China as the country battles its biggest Covid outbreak in months.

The rapidly-spreading Delta variant has hit 20 cities in more than a dozen provinces – including Wuhan where the virus first emerged in late 2019.

The Wuhan cluster came after the official daily tally was released, but it was confirmed by state media which said the infections had been traced to a train station.

What is Title IX?