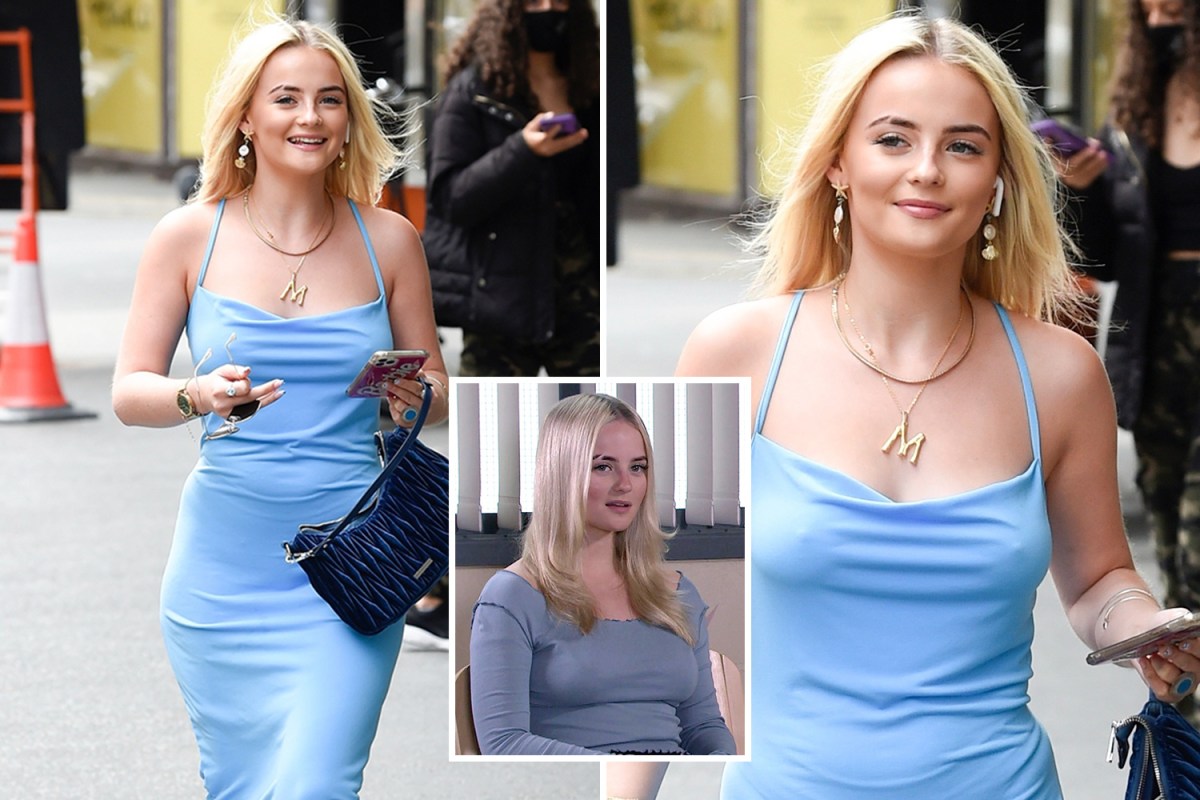 
CORONATION Street star Millie Gibson glammed up in a backless blue summer dress as she enjoyed a day off work.

The actress, 17, is usually seen on screen playing Kelly Neelan in the ITV soap.

Millie was all smiles as she went out for lunch in Manchester city centre.

The teen wore her blonde hair straight with a parting in the middle and long dangling earrings to go with her outfit.

She completed the look with a massive ‘M’ necklace around her neck.

It was a welcome break for the star who’s character Kelly recently revealed she’d been subjected to abuse at the hands of her mother.

Kelly is currently in prison on remand for the murder of Seb and attack on his girlfriend Nina after thug Corey Brent framed her for the crime.

Describing her devastating childhood to the social worker, she explained that her mother would knock her about and then disappear for days on end.

“There were other times when she’d just go missing for days and weeks on end. That was when she was on one,” she revealed.

Asked to explain what she meant, Kelly added: “On a comedown or a bender, off with some bloke she’d just met or sometimes all three.

“When that happened I just tried to stay out of her way, or she’d lash out.”

Corrie fans were then left open-mouthed as the mystery of Kelly’s eyebrow scar was finally solved.

“She’d hit me, or push me. And she gave me this scar. That was the day she had a fat rock on her finger,” she added.

One said: “The mystery of Kelly’s eyebrow has been solved.”

Another added: “Kelly didn’t stand a chance with her childhood.”

A third chimed in: “Kelly opened up about her child abuse. I feel sorry for her.”