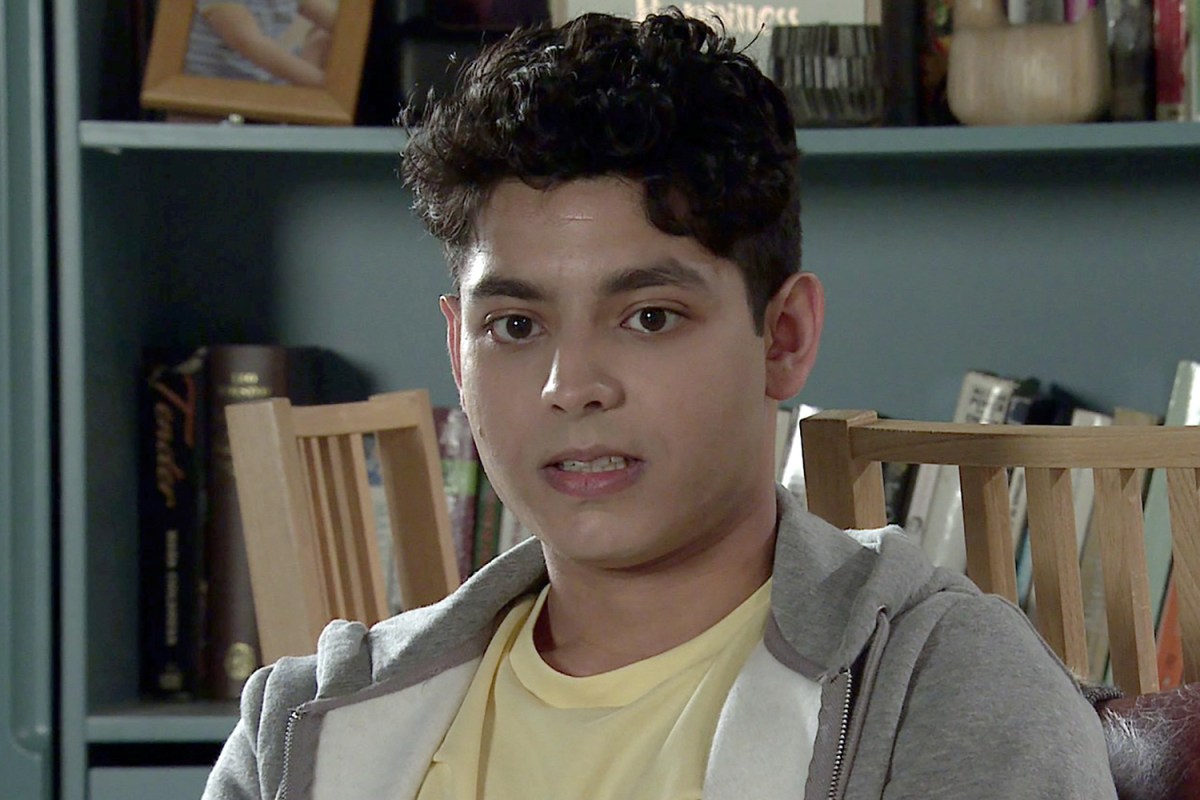 
CORONATION Street actor Adam Hussain has demanded the cops intervene after his sister was racially abused on a tram.

The actor – who plays Aadi Alahan on the ITV soap – has slammed the “rampant racism” inflicted on his sibling, 19, while she travelled from Manchester Airport.

He ranted on Twitter: “My little sister was racially abused by this scumbag when she was coming home from a night shift, 6 in the morning yesterday. It just goes to show how rampant racism still is. #racist #nameandshame.

“He was on the tram coming from Manchester airport to cornbrook. Any info? @gmpolice @MCRMetrolink.

“I’d like to know who the tram driver was too. As he sat and watched all of this happen @MCRMetrolink @gmpolice.”

He also shared a picture his sister took of the alleged racist. She wrote a message alongside the snap, which read: “Met a lovely Tommy Robinson wannabe on the met getting called a terrorist [when I was was] coming home at 6am in the morning from a night shift, loving life.

“I didn’t know I was a terrorist for being brown.”

A sympathetic fan replied to Adam, writing: “This is awful! Sorry your sister had to put up with this.

“Can’t believe that people behave like that to others. Shameful.”

Adam replied: “Thank you, I know. Something needs to be done about this individual.”

Aadi is usually ridiculed for his lack of experience with girls – but his luck is beginning to change.

Adam joined the soap last year. He told Digital Spy: “It’s been an experience! I’ve learned a lot. I’ve been able to grow as an actor and as a person as well.

“I found it a little bit nervous and awkward coming in after replacing someone who had been on the show for so long.

“But after a while, the audience grew to me and I grew more into it as well.”

He added: “I’ve not really done much comedy before Corrie. It was just mainly roles in drama and theatre.

“But in Aadi’s scenes with his family, it’s good to play around and bring a bit of light-heartedness into some dark, serious situations. It’s a good laugh.”