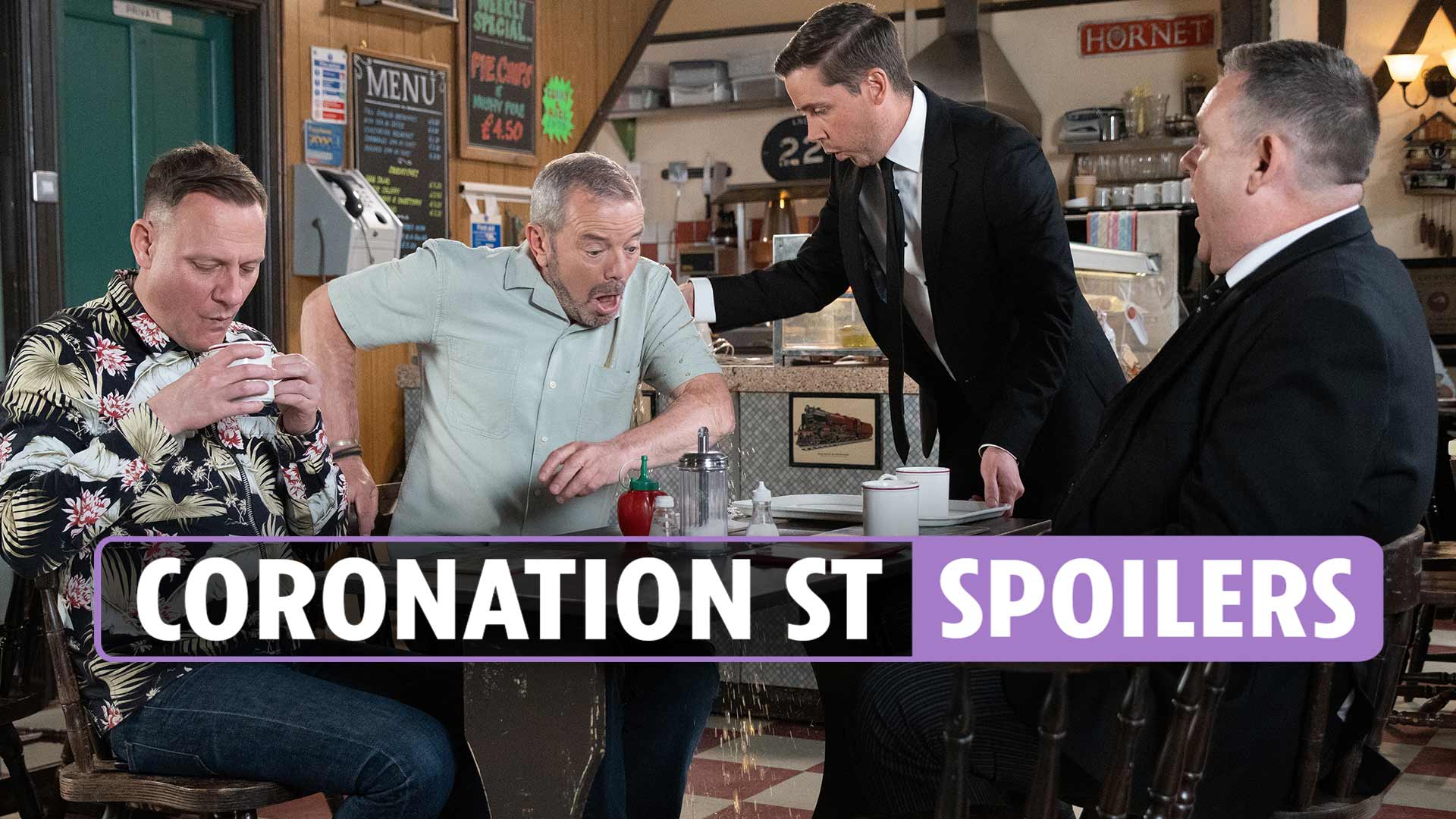 
SEAN Tully seemingly managed to break the curse around his love life after he met newcomer Frank.

But Todd Grimshaw gets involved next week in Coronation Street, ready to expose the latter’s bullying.

George Shuttleworth, portrayed by Tony Maudsley, has been leading a happy life in the cobbles but was recently caught up by his past when a new face arrived.

ITV viewers have been introduced to Frank (played by Simon O’Brien) a few weeks ago, as he embarked on a new romance with Corrie stalwart Sean Tully (Antony Cotton).

While this was Sean’s chance to give love another shot, it became clear Frank and George already knew each other from school – but this immediately caused tensions to arise.

This was mostly due to Frank first addressing George as “Georgie Porgie”, a nickname used to tease him during his school years.

The undertaker then confided in his partner Eileen Grimshaw (Sue Cleaver), telling her Frank and his friends once relentlessly bullied and terrorised him.

Next week, Eileen’s son Todd (Gareth Pierce) takes it upon himself to expose Frank’s bullying to Sean.

He first tells George he’s decided to reveal everything about Frank and his ways but he’s convinced to take action when George reveals Frank once flushed his head down the toilet for spilling water on him.

Todd hatches a plan to rattle Frank… and sloshes a drink down his shirt.

Although Frank’s reaction remains to be seen, George will also be taking part in exposing Frank after he overhears him threatening somebody over the phone.

George tells Sean his new boyfriend once made his school days a nightmare by humiliating him at every turn.

Soap fans may remember George telling Eileen that he used to lie about feeling unwell to get out of school in order to avoid the bullying – but this didn’t help him escape Frank.

Everything you need to know about Coronation Street

George would find his bully at the end of his road and eventually became unwell.

While he first believed Frank may have changed his attitude after meeting for the first time since their common stint in school, George was shocked to hear Frank humming a song he used to bully him.

Frank insisted he meant no harm – but has he really changed?

What will Sean decide when he finds out his boyfriend used to bully George?