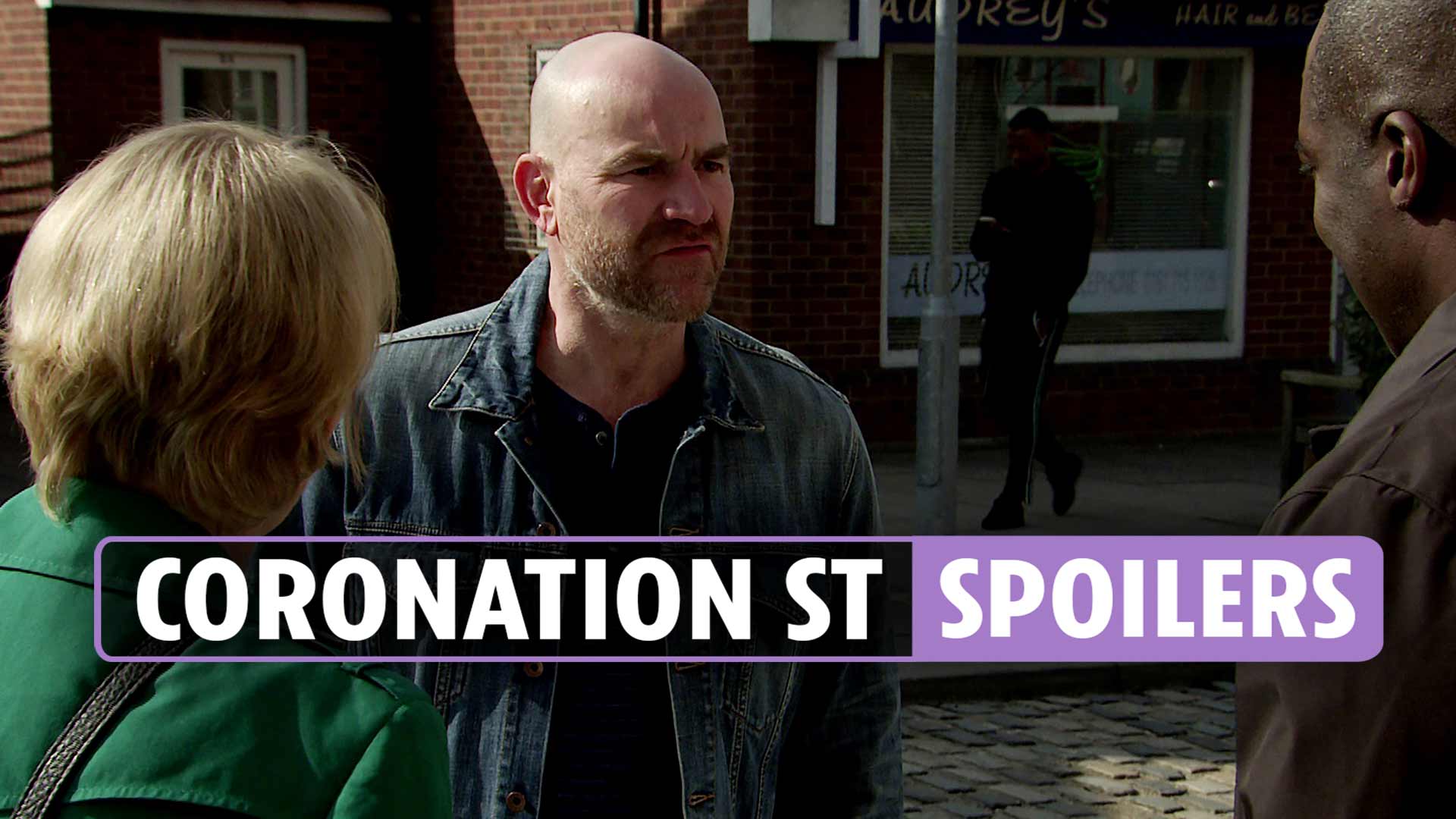 
TIM Metcalfe gets the wrong end of the stick when he catches his wife Sally with another man.

But before Ronnie Bailey can explain anything, the Coronation Street cabbie brutally attacks him.

The Underworld machinist was the first one to believe her other half was having an affair with nurse Aggie Bailey (played by Lorna Laidlaw), only to be proven wrong when she found out Tim actually needed heart surgery.

Next week, Sally gets a taste of her own medicine and another member of the Bailey family is concerned.

Aggie’s former flame and brother-in-law Ronnie (Vinta Morgan) is at the receiving end of Tim’s fury in upcoming scenes of the ITV drama.

Meanwhile, Sally and Ronnie pass by No.1 and all hell breaks loose soon after.

Tim overhears Ronnie telling Sally he’s sorry her romantic getaway with Tim was a flop, which leads to the driver leaping to the wrong conclusion.

Blinded by jealous rage, Tim punches the Rovers Return resident in the face.

Ronnie has shown some interest in Debbie Webster (aka, Sally’s former sister-in-law) a few months after his arrival in the cobbles – could this be the cause of Tim’s anger?

Tim has been hiding another health secret from his wife Sally after keeping his heart condition under wraps for several weeks.

He was devastated to learn that his triple bypass surgery resulted in impotence.

Prior to punching Ronnie, Tim gets the chance to fix everything as he wins a romantic stay at a hotel with Sally.

But when he takes matters into his own hands, Tim only manages to put his life in danger.

This leads to him coming clean to Sally but could it also bring a setback in his recovery from his surgery?

How will Sally react when she sees him punching Ronnie?

What will Ronnie do following the punch?

Is Tim really misinterpreting the situation?

All that and more on Coronation Street.