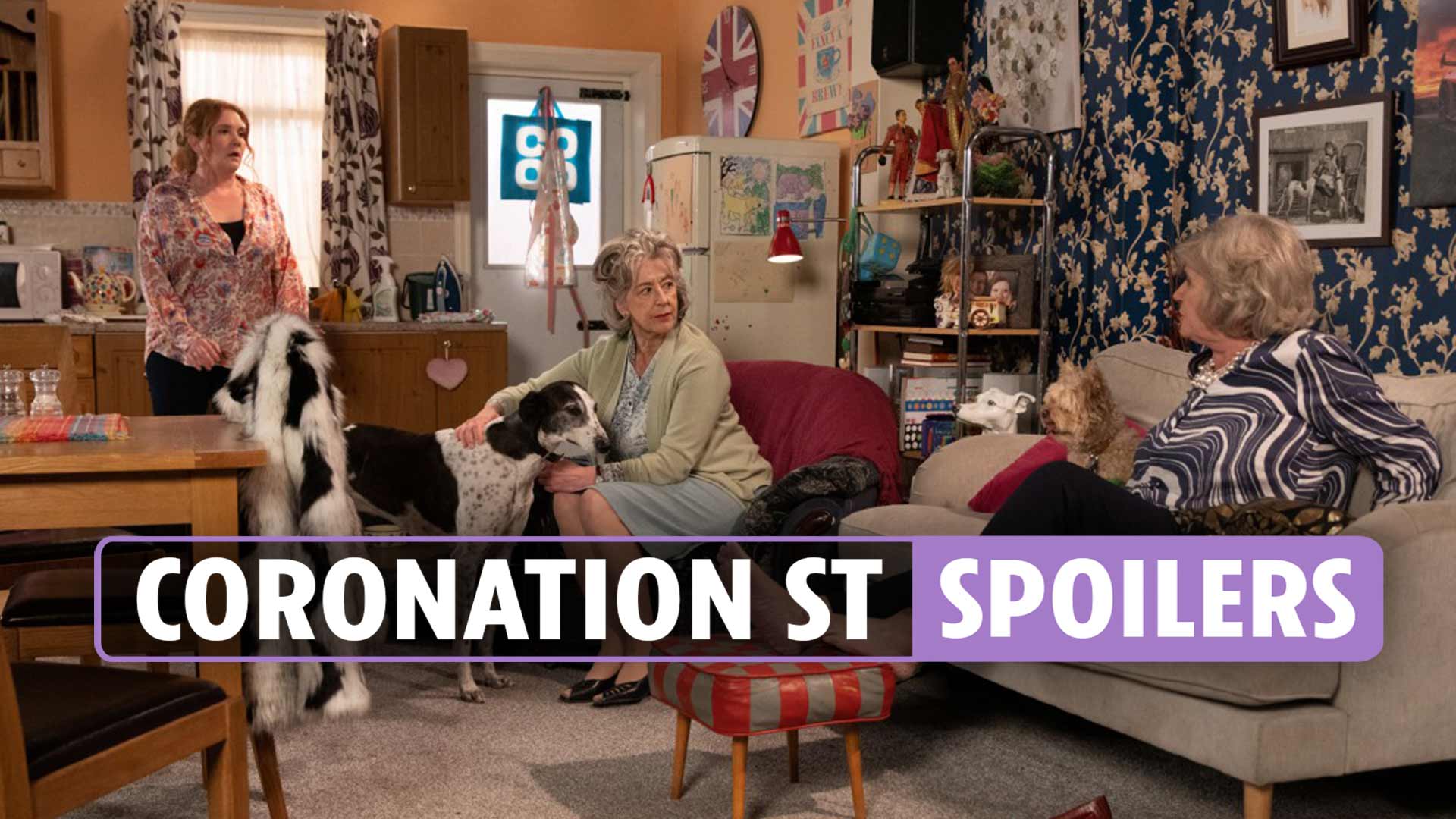 
DESPITE his betrayal, Fiz Stape is getting ready to walk down the aisle with Phill Whittaker.

But the wedding is off to a rocky start when Evelyn Plummer gets into a row with Phill’s mother Mimi in Coronation Street.

Phill Whittaker (portrayed by Jamie Kenna) firmly believes he has found the love of his life when he first met Weatherfield icon Fiz Stape (Jennie McAlpine).

The character thus recently asked her to marry him and was over the moon when she agreed.

Since then, the couple have been planning their wedding ceremony, which has already been filmed according to recent snaps.

But much like any other soon-to-be-married couple, the lovebirds have to face their families’ eagerness to take part in the preparations.

Phill’s mother Mimi (played by Margot Leicester) makes her return to the cobbles next week after leaving in December, 2021

Coming up, Fiz gets worked up ahead of a pre-wedding visit from the latter.

To make matters even more stressful, her daughter Hope (Isabella Flanagan) kicks off about her bridesmaid dress and Fiz worries that her veil is frayed.

The future bride asserts that everything needs to be perfect while Hope earwigs from the hallway.

Unfortunately, life in Weatherfield is never perfect and when Mimi arrives, Fiz is forced to ask her to stay with her and Phill when she tells them no hotel will take her dog Coco.

Mimi is knocked flying by Evelyn’s own dog Cerberus and sustains a sprained hip.

It becomes apparent that both women living under the same roof will be a strain for everyone involved.

Everything you need to know about Coronation Street

As mentioned above, Phill popped the question at a time where he had almost lost all hope Fiz would say yes.

Prior to his proposal, Fiz found out he had been working on a book about her late husband and Hope’s serial killer father John Stape.

Hope was the one to let the cat out of the bag for Fiz – before heavily vandalising Phill’s car.

Actor Jamie Kenna has since teased that there may be more trouble ahead.

Will Phill and Fiz’s wedding be impacted?