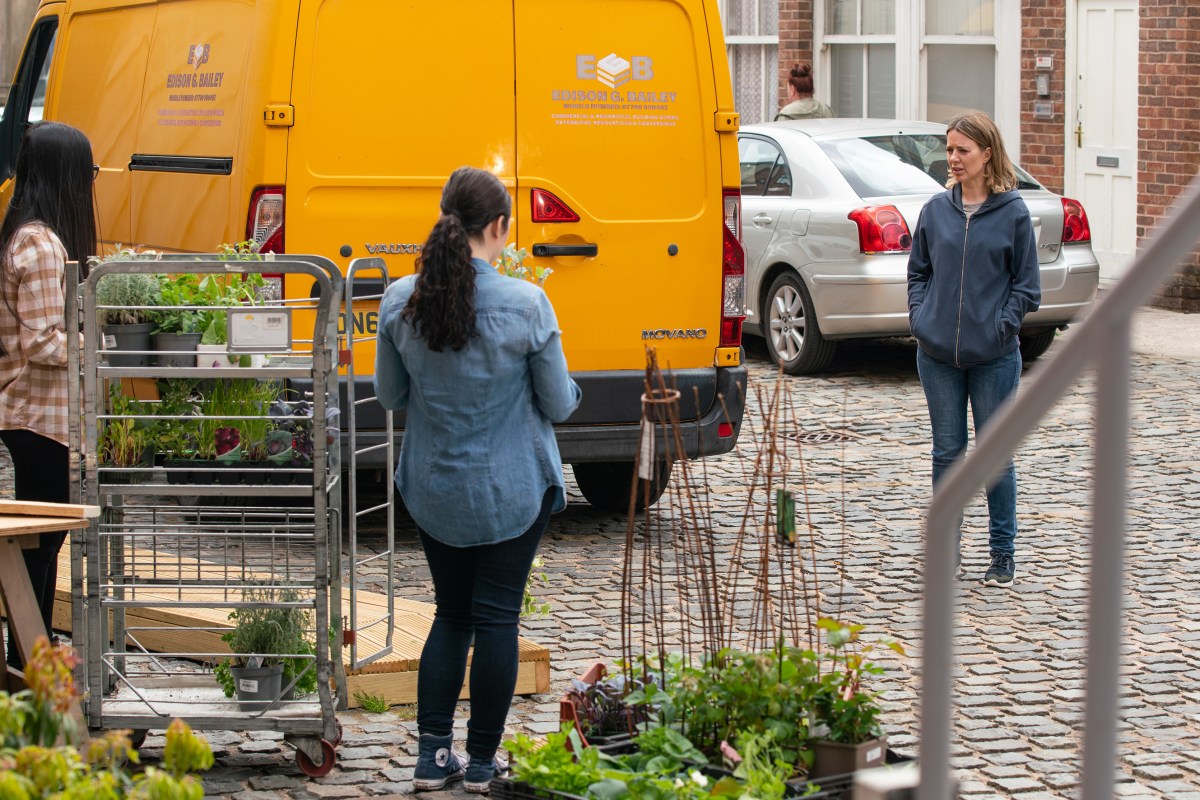 
CORONATION Street fans were left in shock as the mystery culprit who trashed Seb Franklin’s memorial garden was finally revealed.

Nina Lucas was quick to accuse her ex Asha of trashing the memorial garden out of spite after her recent rejection.

As Asha passed the memorial and asked who’d vandalised it, Nina’s face made it pretty clear who she had in mind.

“Why would I do something like this?” Asha asked.

“Out of spite? Because I rejected you,” Nina said.

“How dare you. Is that what you think I’m like? Some mindless idiot that would trash something made to commemorate Seb. You’re out of order. You owe me an apology,” she said.

At that moment Abi walked past and, seeing Nina blaming Asha, dropped a huge bombshell.

Nina and Asha were stunned as Abi confessed to trashing her own son’s memorial.

“I saw Ryan taking a selfie the other day. I don’t want people coming here to gawp at him,” Abi tried to explain.

“He deserves to be remembered. He died because of a horrible hate crime,” Asha insisted.

But Abi wasn’t convinced and said: “Oh so he’s a poster boy for hate crime now is he?”

Nina chimed in: “I didn’t want his death to be in vain. I wanted people to remember him as a beautiful human. We thought it might inspire others to be more tolerant.”

But Abi turned to leave, telling Nina before she went: “He’s gone Nina and I will not have you glamorising his death. Because it’s not beautiful. It’s not inspiring. It’s plain ugly.”

Another added: “Well done Abi for confessing before things got worse!”

A third said: “No Nina it wasn’t Asha it was Abi!”

Viewers know that Asha helped Nina raise money for Seb’s memorial garden, claiming Dev had given her the money.

All hell broke loose when Nina realised Asha was lying – and that she’d in fact sold her laptop to raise the funds.

Nina was furious when Asha confessed she still had feelings for her and demanded that she leave her alone to grieve for her late boyfriend.