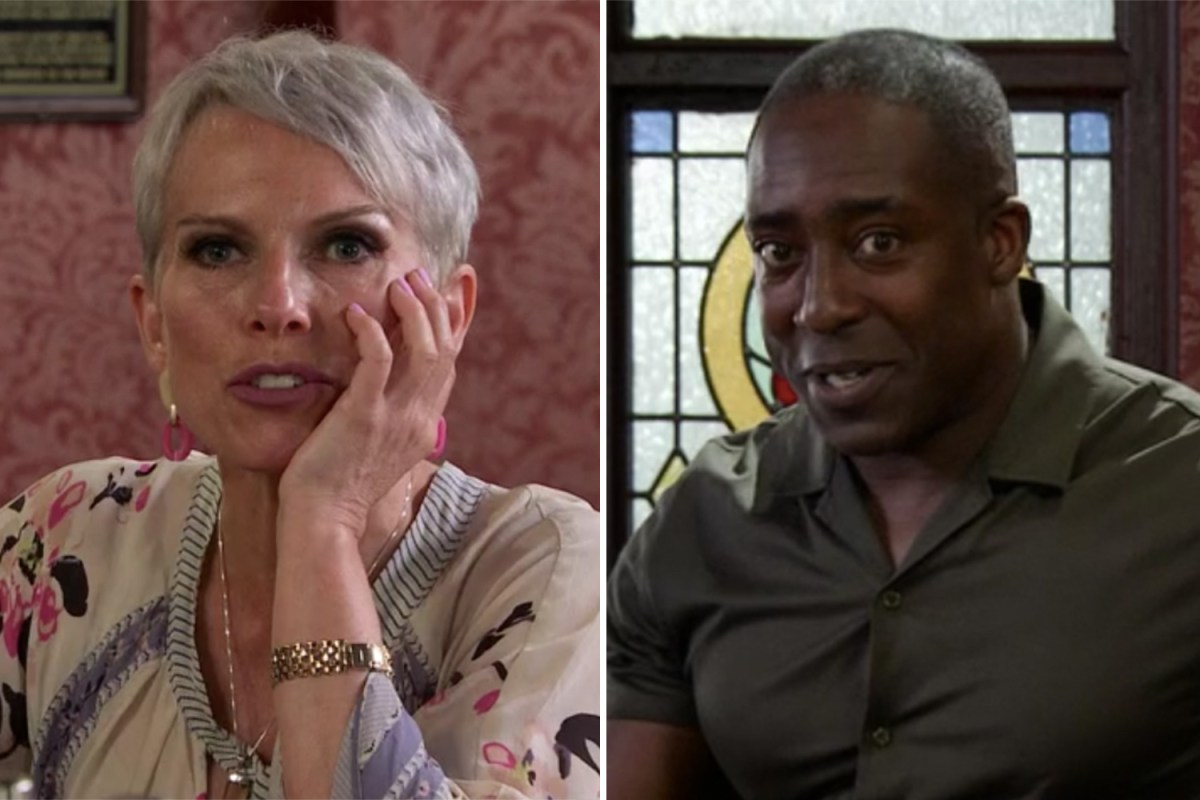 
CORONATION Street fans were seriously distracted by Ronnie Bailey last night – but do you know why?

The B&B guest – played by Vinta Morgan in the ITV soap – left viewers swooning over his impressive physique last night.

Ronnie was chatting to former flame Jenny Connor (Sally Ann Matthews) in the Rovers when Debbie Webster (Sue Devaney) came in and joined their conversation.

The businessman was talking about his worst breakup ever in a very khaki short-sleeved shirt that perfectly showed off his muscly arms.

Despite the hilarious story about why he decided to end his relationship with a woman called Yolanda, fans of the show were more interested in something else on their screen.

One wrote: “Ronnie’s arms are as big as my thighs.”

A second said: “The muscles on Ronnie.”

The pyromaniac – who set fire to Underworld in 2019 – lit a candle next to Alina Pop’s cot after growing jealous of her and Tyrone’s unborn baby.

Fiz tried to take the blame for Hope, but after admitting to girlfriend Alina that Fiz has decided to take the rap, Tyrone buckled under the pressure.

He told the cops that Hope started the fire, which didn’t sit very well with Fiz.

Corrie Tyrone and Fizz confront Hope about setting the fire