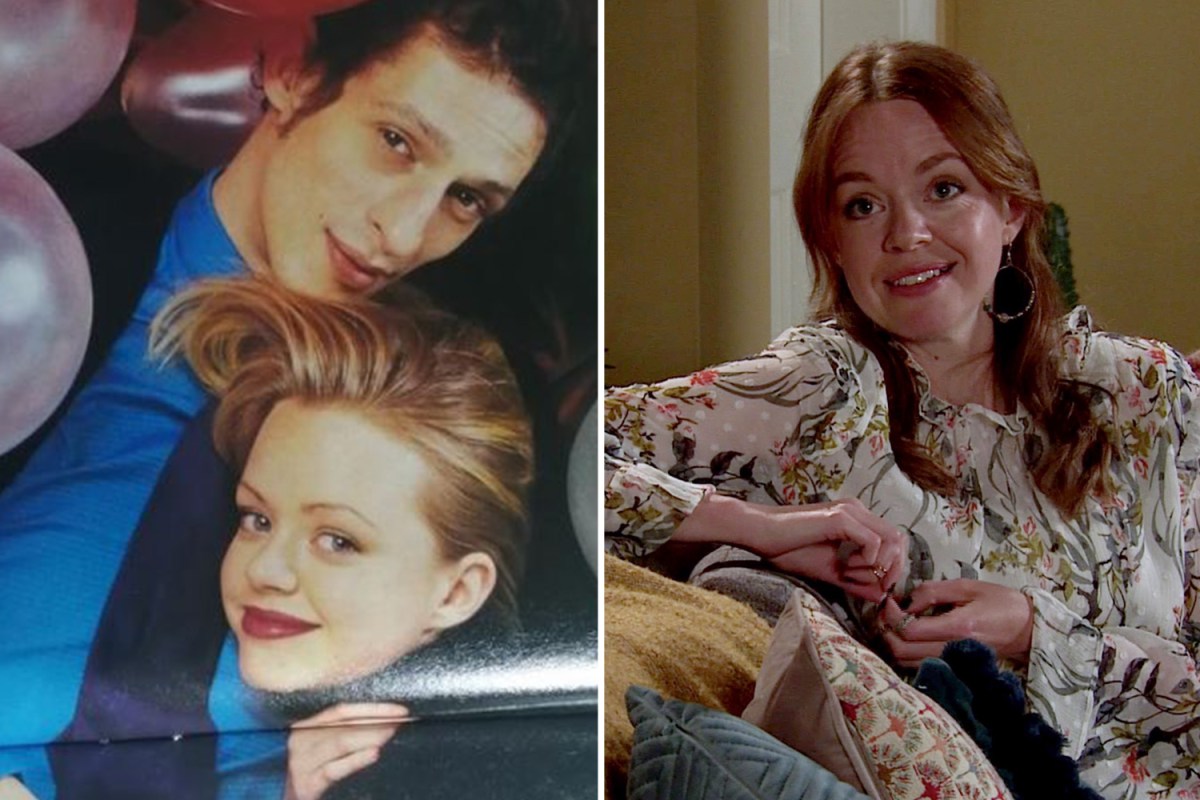 
CORONATION Street fans are begging for iconic character Geoffrey “Spider” Nugent to return to the cobbles.

Viewers went into meltdown after actress Georgia Taylor shared a throwback of her character Toyah Battersby with Martin Hancock, who played Spider.

Toyah had an unlikely romance with lovable eco-warrior Spider back in the 1990s when she was younger.

And Georgia couldn’t resist reliving the nostalgia of those days as she shared a photo of their characters embracing from an old magazine photoshoot.

The 41-year-old – who has starred in Coronation Street on and off since 1997 – called the photo a “belter of a throwback”.

She added, joking: “I mean, eyebrows are for losers, right?”

In the photo, Georgia had light brown hair and red lipstick and wore a black cut-out top while posing with her arms around Martin, who smiled at the camera.

Catherine Tyldesley commented, “This is everything x,” while Katie McGlynn added: “Amazing.”

Fans, meanwhile, begged Martin – now 48 – to consider returning to the cobbles of Corrie, with one urging: “Spider come back to the street we miss you.”

“I wish Spider would return!” another agreed.

He appeared in 242 episodes before bidding farewell to the soap.

Spider and Toyah moved to London together for a fresh start, but parted ways several years later

Viewers last heard of the iconic character in 2016, when Emily visited him in Peru to help with a charity mission.

After leaving Corrie, Martin landed a role in Steve Coogan’s 24 Hour Party People and a couple of years later bagged a coveted part in Ridley Scott’s Kingdom Of Heaven.

In 2008 he starred alongside Daniel Craig in Defiance.

He has also done some time in Holby City, Casualty and Doctors, as well as playing the part of Redlip in cult drama Demons, with Mackenzie Crook.

The actor decided to avoid reality TV save for a brief stint on Celebrity MasterChef in 2007.

Most recently he appeared in an episode of In the Long Run last year.

Martin, who described his time on Corrie as “an amazing experience”, hasn’t ruled out returning one day.

He told the Daily Express: “As to the future, well, I may go back to Coronation Street one day. Who knows when Spider Nugent might return?”