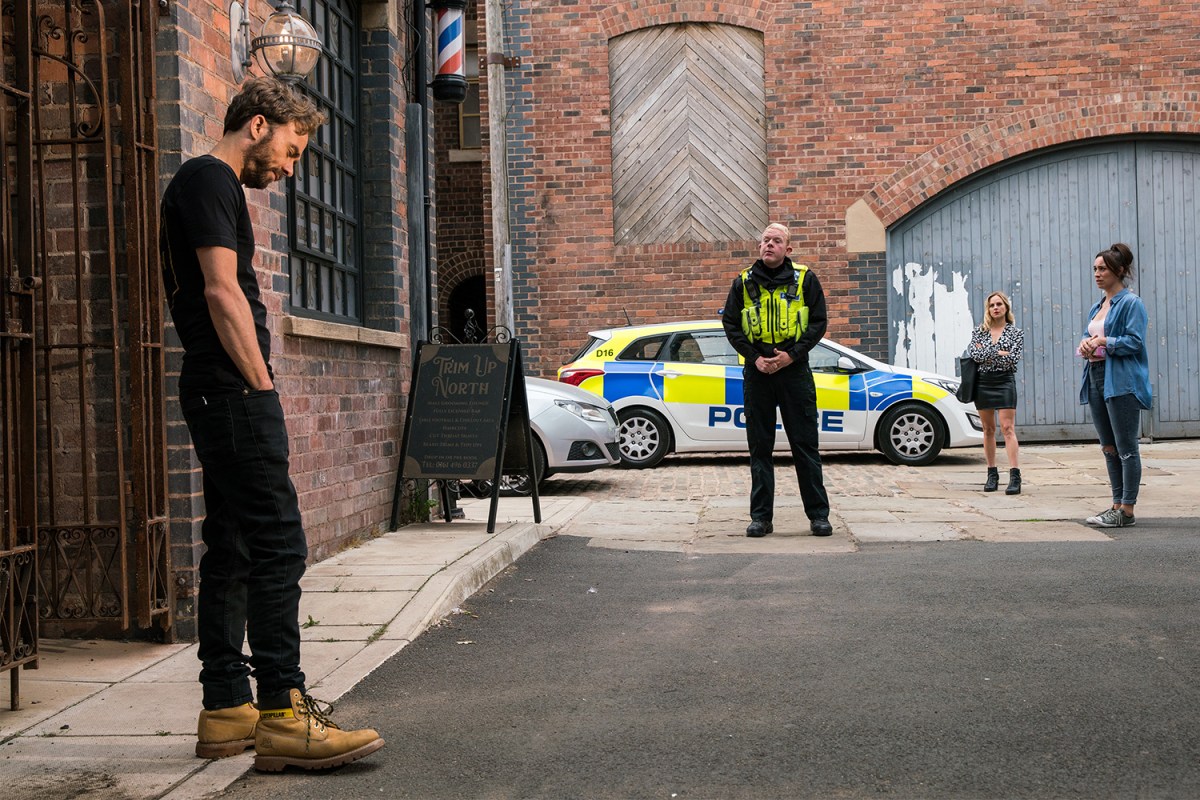 
AFTER Coronation Street’s Craig Tinker arrested David Platt for a hit and run, fans were all left wondering the same thing.

Corrie fans saw Craig arrest David and take him into questioning after finding evidence his car was involved in the hit and run that left Todd Grimshaw for dead.

Earlier, his wife Shona confessed to David she went to move his car but in the process she hit something, panicked and drove off.

But they shrugged it off and asked Abi to fix the dent in the car, who agreed not to go to the police because she believed Shona’s story.

David promised Shona he’d hidden the car, but then Craig comes to his house to arrest him after finding his dumped car.

Craig arrested David on suspicion of failing to stop and report a road traffic accident and later interviewed him at the police station.

During the interview Craig told David the paint fragments on Todd’s clothes matched those of his car.

But in a shock twist, Craig then let David out of custody because new evidence had come to light.

While fans were obviously embroiled in the drama of what really happened to Todd, many pointed out that it did not seem fair Craig had to arrest yet another one of his neighbours.

“Craig has arrested half of his neighbours at this point,” wrote one fan on Twitter.

Another added: “Is Craig the only policeman in Weatherfield.”

And a third said: “Is Craig the only copper in Manchester?”

Colson Smith joined ITV soap when he was just 11 years old in 2011, and grew up to become the town’s baby faced copper.

He recently lost a staggering amount of weight after hitting the gym regularly to make sure he was in shape for his character.

Colson, 22, realised he was getting out of breath chasing shoplifters while playing the copper.

He kick started his weight loss and fitness journey in January last year, and has since shed an incredible ten stone in weight.

Colson first detailed his fat and weight loss journey in an online documentary, Bored Of Being The Fat Kid, in March.

Shortly after its release, the actor told The Sun how he was faced with abuse for his weight by soap fans at just 11.

He said: “At 11 years old I had a Twitter account. You log in, you search your name, you search ‘Craig Corrie’ and you’re looking to see what people are saying about your character or your acting, and all they’re saying is about your weight and the way you look.

And when he moved out of home at 17 to move to Manchester full-time, his weight spiralled.