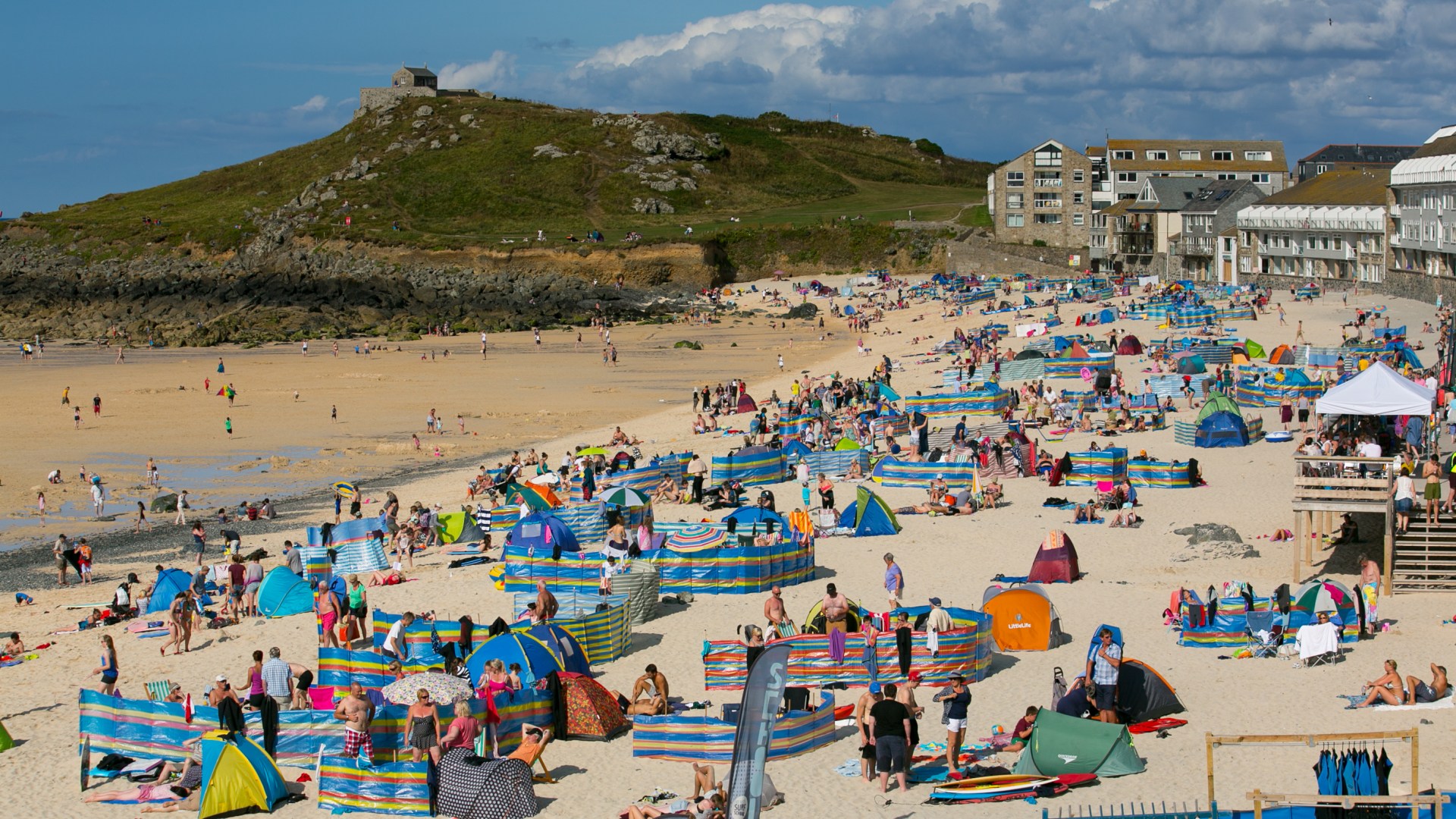 
BRITS on holiday in Cornwall have been warned by emergency services after huge crowds have caused problems for them.

Hotspot St Ives is popular with holidaymakers during the summer season.

However, the RNLI has warned visitors to the Cornish seaside town that the crowds have made it hard for them to respond to emergencies.

A spokesperson for the RNLI has now put out an appeal for tourists.

They told Cornwall Live: “It’s busy in town, and some of our crew have been struggling to get through the crowds and down to the station when the pager goes off.

They said tourists need to listen out for the “loud repetitive pager”.

They added: “Once we arrive at the station, if the area is busy we use a siren to alert people close by that the lifeboat is preparing to launch.

“When you hear the siren we please ask that you make your way off the lifeboat slipway, as our dedicated volunteers are preparing to launch the lifeboat to an emergency situation at sea.”

St Ives – the tourist capital of Cornwall – has been popular with holidaymakers for decades, but with the pandemic boosting the staycation buzz, locals say things have got “out of hand”.

Stefan Harkon, an RNLI lifeguard in St Ives, said: “At times, people in the town feel that they are just operatives in a theme park. We work in an area but we can’t live in it.”

A woman was recently left stunned after the number of rude tourists she encountered on holiday in Cornwall – and many have said it’s become worse since Covid.

Someone else wrote: “I live in a tourist trap and it really has got worse in the last few years. I think because prices have rocketed so much people expect much higher levels of service/ gratitude from people who live there.”

And one had their own horror story, after a tourist demanded free food after a “seagull stole theirs”.

And rude tourists have sparked fury with the locals.