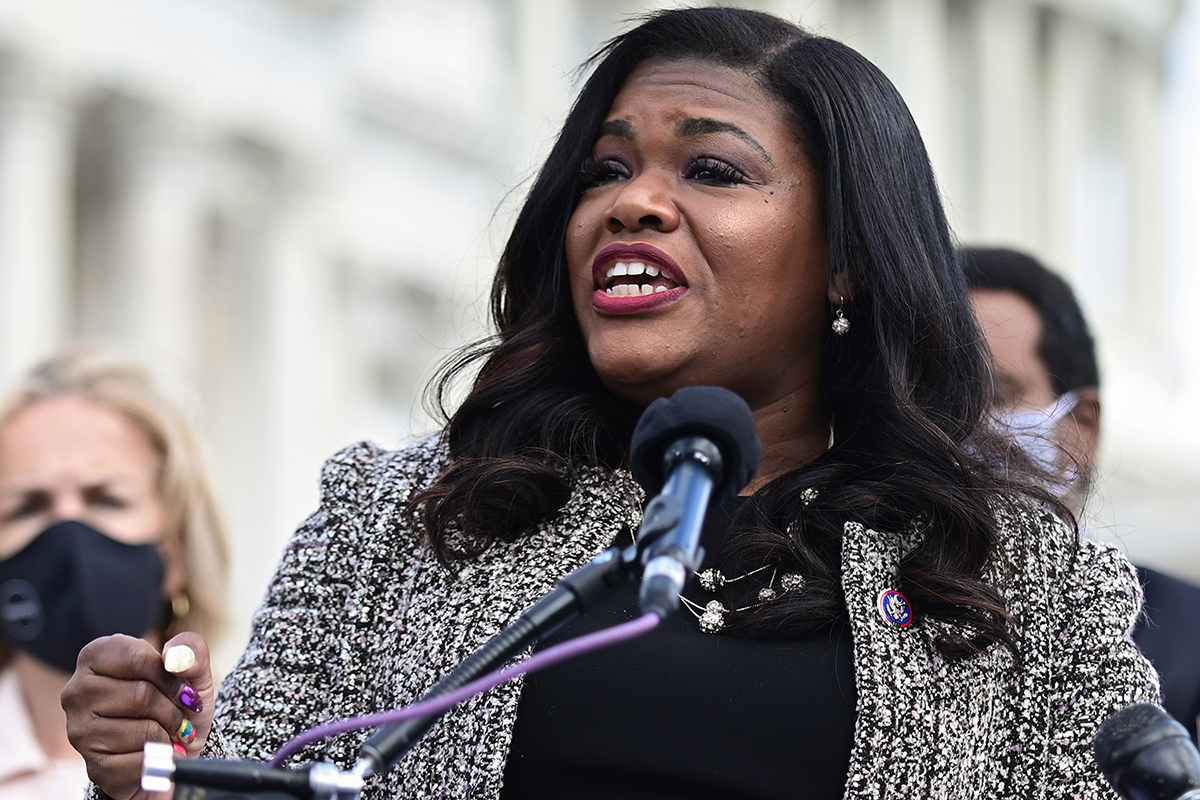 
TWO St. Louis sheriff’s deputies were booted from the force after being witnessed moonlighting as security detail to “defunding the police” proponent and Squad member Rep. Cori Bush.

“I do feel that the hand that was dealt to us was unfair and unjust,” fired St. Louis sheriff’s deputy Tylance Jackson said.

“I didn’t fire them for working security for Cori Bush,” Betts argued.

Rep. Bush has faced criticism for shelling out $70,000 on a private security detail while at the same time continuing to publicly declare to “defund the police.”

“I’m going to make sure I have security because I know I have had attempts on my life,” Bush tried to explain in an interview CBS News, noting that she has a lot of work to do and help to give.

“So suck it up,” the Democrat said.

She then called for law enforcement funding to be shorted.

“And defunding the police has to happen,” she said. “We need to defund the police and put that money into social safety nets because we’re trying to save lives.”

‘FIRED NO MATTER WHAT’

But Betts said it wasn’t about both deputies protecting the outspoken Missouri congresswoman, but that they failed to abide by their office policy.

“I fired them for not following proper procedures for working secondary, he said in an interview with the Associated Press.

“So they just happened to be working for Cori Bush.

“Doing what they did, they would have gotten fired no matter who they were working for.”

In April, Bush was seen with both Jackson and Thompson while touring St. Louis jails along with Mayor Tishaura Jones and other dignitaries.

Betts also claimed he warned both Jackson and Thompson multiple times in the past and was disappointed that they would ignore him and continue to work the side gig guarding Bush.

Neither former sheriff’s deputies were properly licensed to perform private security in St. Louis, according to KMOV.

Jackson believes he was targeted for the VIP they were working for.

“I do feel that the hand that was dealt to us was unfair and unjust,” Jackson said.

He claimed other deputies earn extra pay beyond their sheriff’s salary without punishment.

“You let us go, but you still have a plethora of individuals doing that but you don’t say anything,” he said.

Jackson contends he and Thompson were run out solely because Bush was their boss.

“Because of the client we worked for and we didn’t push the agenda of the sheriff on the client,” he told KMOV.

As for Betts’ claim they lacked the proper license to perform their off-duty detail, he claims there’s no need for one to do executive protection because “if I hire you to protect me, I am paying you out of pocket.

“You don’t need a license for that.”

Rep. Cori Bush slammed for referring to moms as ‘birthing people’ as women lash out at ‘woke’ left