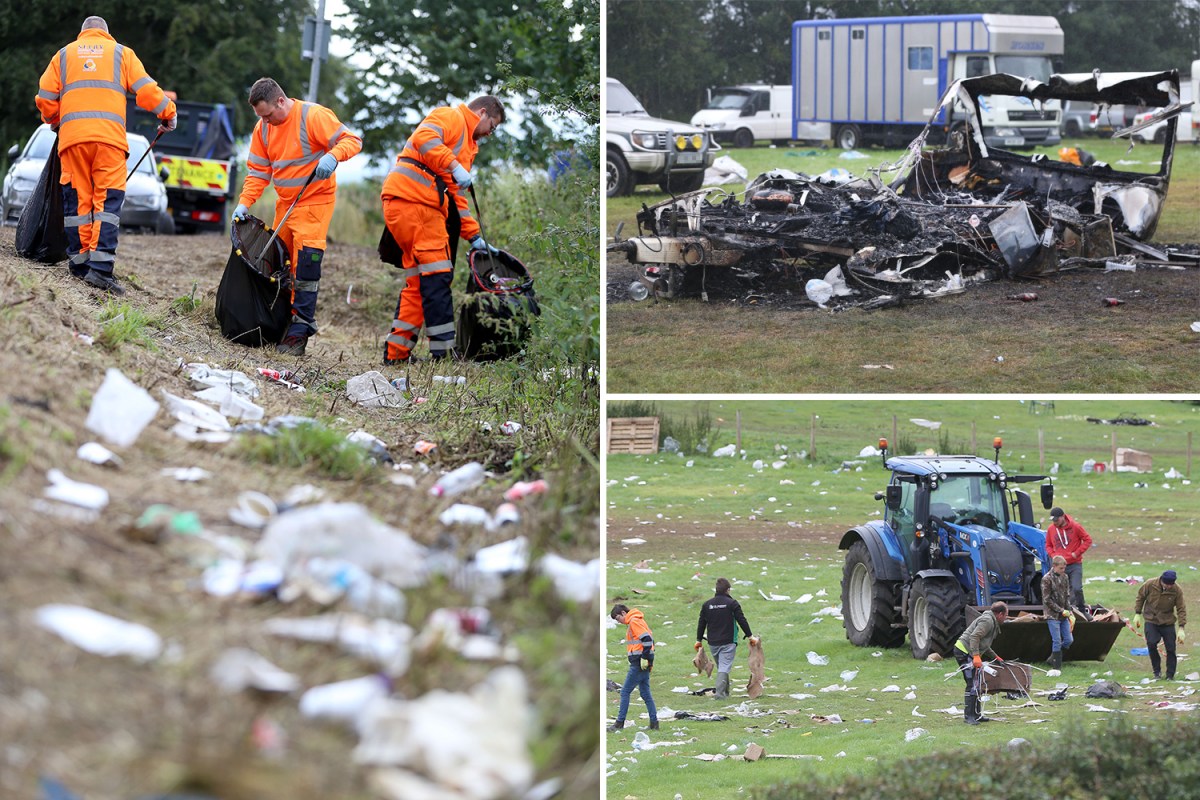 
COPS are investigating an alleged sexual assault on a young woman in a field at the Appleby Horse Fair this weekend.

It comes after travellers wreaked havoc as they torched caravans and left piles of horse manure and rubbish in the streets after celebrating at the annual festival.

Officers were alerted to the woman, in her 20s, who was discovered in a “distressed state” near St Lawrence’s Church in Cumbria on Sunday morning.

Police cordoned off the area where the victim – who is said to be from the traveller community – was found, while she was taken away by ambulance.

Detectives from the North Crime and Safeguarding Team are engaging with the woman to establish the full details of any incident and provide support.

Superintendent Matt Kennerley said: “Any suggestion of a sexual offence having taken place is taken extremely seriously, which is why the grounds of the church, where the woman was originally located, were closed off for much of yesterday, allowing officers to carry out extensive enquiries.”

This year’s Appleby Horse Fair was plagued by problems, seeing at least seven arrests made after brawls between rival families.

The event drew in over 10,000 from the Gypsy, Roma and Traveller community to the usually quaint countryside village – that has been left in squalor after the four-day festival.

But only 24 hours after the party got underway, seven men were arrested following a bust-up near a pub on The Sands.

Cumbria Police now understand “a number of groups” were planning to travel to the town to cause trouble “as part of ongoing feuds between different groups”.

Superintendent Matt Kennerley said at the time: “This is unacceptable and will not be tolerated.

Armed police patrolled the streets on Sunday after a Section 60 order was put in place.

It allowed officers to stop and search anyone without needing to suspect they could be carrying a weapon.

Despite glammed-up women who were seen strutting down the streets, much of the town was trashed and horse manure was littered across the roads.

Council workers have been left to clean up the carnage, seeing locals brand the behaviour “appalling” and call for the event to be cancelled for good.

Residents were disgusted to discover the area surrounding a scout hut was used as a makeshift toilet by attendees – leaving soiled garments and toilet paper strewn on the floor.

The final stragglers were still leaving the town today after the festival finished on Sunday.

Last year’s fair was cancelled due to the Covid pandemic, but huge crowds have descended on the area this year to make up for lost time.

Many raised concerns over a lack of social distancing, but lateral flow testing kits were being handed out on site to help stop the spread of the virus.

The Appleby event is the biggest traditional Gypsy fair in Europe and attracts around 20,000 Gypsies and Travellers.