Nurse, 40, ‘sexually assaulted boy after plying him with booze at party’ 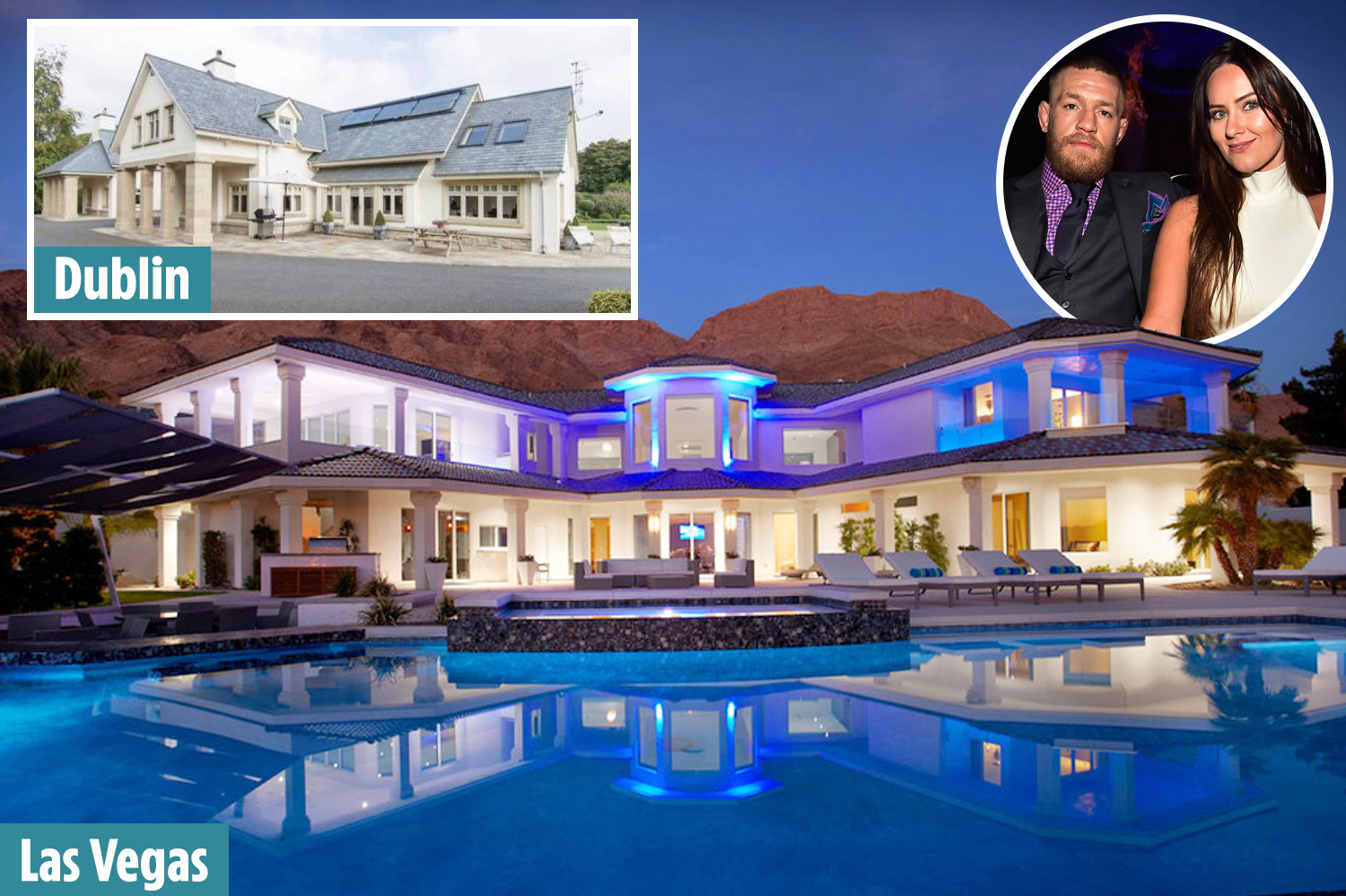 
WHEN you’re one of the leading sports stars in the world, you’re bound to have nice digs.

On top of that, his businesses in whisky and fashion are raking it in.

And with all that money, he’s been able to build an extensive property portfolio dotted around the world.

Hailing from the Emerald Isle, McGregor was always bound to follow his heart and buy a lush Irish home.

He splashed $2.5m on a stunning mansion in 2019, which used to belong to a son of former Taoiseach Albert Reynolds.

The Paddocks near Straffan, Co Kildare sits behind an elite gated Ladycastle community at the K Club, famed for being host to the Ryder Cup in 2006.

There are horse riding facilities, as well as incredible views of the River Liffey.

Entering the luscious abode, you are faced with a spiral staircase, and the tiled room is lit with stunning crystal chandeliers.

And McGregor will never miss a training session thanks to his own personal gym, full of state-of-the-art equipment to keep in shape with.

Of course, living in Ireland doesn’t promise you good weather all-year round.

That’s why McGregor decided to part with $1.6m for a luxury holiday home in Marbella in 2018.

The house is the perfect spot to whisk his partner Dee Devlin off to when they want to chill out in the sun.

Found in The Heights, a luxury development that boasts wonderful views of the Mediterranean and is on the door step of the La Resina Golf Course, the home features some neat modern touches.

For one, the villa looks spectacular from the outside with an LED lit driveway and smart water feature.

Again, he has his own customised gym, a home spa and large outdoor swimming pool – which is directly accessible from his bedroom.

A massive dining area overlooks the ocean and he can also gaze out onto the coast while relaxing in his hot tub.

McGregor is one of a number of sports stars who have invested in the La Resina Club country estate.

Tottenham’s Harry Winks is a brand ambassador for the resort and former Stoke stopper Thomas Sorensen also owns a property there.

With most of his fights happening in Nevada, it made sense for McGregor to have an abode in Sin City.

Nicknamed the Mac Mansion, he unveiled the home in 2015 before taking on Jose Aldo, and boy is it impressive.

The 12,000 square-foot Henderson home, which is a 15-minute drive from the Vegas Strip, has a mega seven bedrooms, a 50ft infinity pool, spa that can accommodate ten people, as well as a back garden golf course.

Every bedroom has its own en-suite, while the master bedroom features a marble jacuzzi.

As for the garage, there’s room for ten of Conor’s cherished motors, but he’ll struggle to get his boat in there.

But it’s worth noting that Conor only rented it, before it went on sale in 2017 for around $2.8m.

Nowadays, whenever he heads to Las Vegas, he prefers to be put up in a penthouse suite at one of the city’s famous hotels.

And why not, when he can come home to Ireland and put his feet up in a dream home.