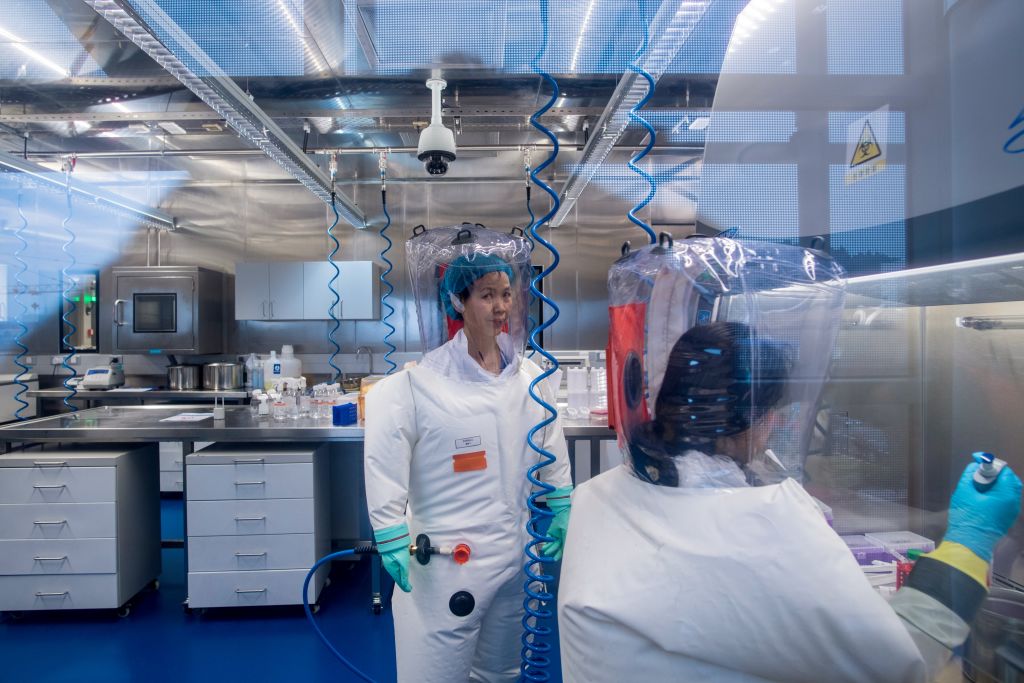 
CHINESE state media has quoted a “Swiss biologist” that appears not to exist in an apparent attempt to discredit claims that Covid came from a lab.

Swiss scientist “Wilson Edwards” was reported to have accused the USA of pressuring the World Health Organisation to investigate the leak theory.

The People’s Daily, China Daily and the state-run CGTN television network widely quoted the “scientist” rubbishing the theory – which he said was only designed to increase American influence.

Dr Wilson allegedly even expressed “the disappointment of the international scientific community toward the US”.

The Swiss embassy later said there was no citizen by that name and that it could find no academic articles by him.

A spokesman told the Times: “If you exist, we would like to meet you! But it is more likely that this is a [piece of] fake news, and we call on the Chinese press and netizens to take down the posts.”

A Facebook page created on July 24 suggested that he was from Bern, the Swiss capital featuring a profile picture of the Radcliffe Camera building at Oxford University.

But the recently created profile only had one post, published the same day, in which he reiterated the comments he made to Chinese state media.

The post also claimed that US President Joe Biden would “spare no efforts” to rebuild US influences in the organisation.

Since doubts were cast on his authenticity, the profile has been removed and Chinese media have also scrubbed any quotes or mention of the “biologist” from their reports.

It comes as the head of the World Health Organisation has said the Wuhan lab leak theory can’t be ruled out and that China should help solve the mystery of where Covid came from.

WHO Director General Dr Tedros Adhanom Ghebreyesus, 56, speaking at a G7 summit briefing, said the possibility of it coming from a lab leak hadn’t been ruled out and that there had not been enough “transparency and co-operation” from China in the initial stages of the investigation.

He added: “We need cooperation from the Chinese side. We need transparency to understand and know or find the origins of this virus.

“There were difficulties in data sharing, especially raw data… (we) hope the next phase there will be better cooperation and transparency.”

And an expert has now warned China could launch its own manhunt to find the “culprits” behind a possible leak – and execute them.

Ross Terrill, a research associate at Harvard’s Fairbank Center for Chinese Studies and the author of 11 books on China, said President Xi Jinping might acknowledge the possibility of a “freak lab accident” to save face.

“China might find culprits for the mistake in the lab and execute them, to show Beijing’s pure intentions,” Terrill, 83, told The Sun.

“The world will not be pleased, but it gets China off the hook – showing no malign intention.”