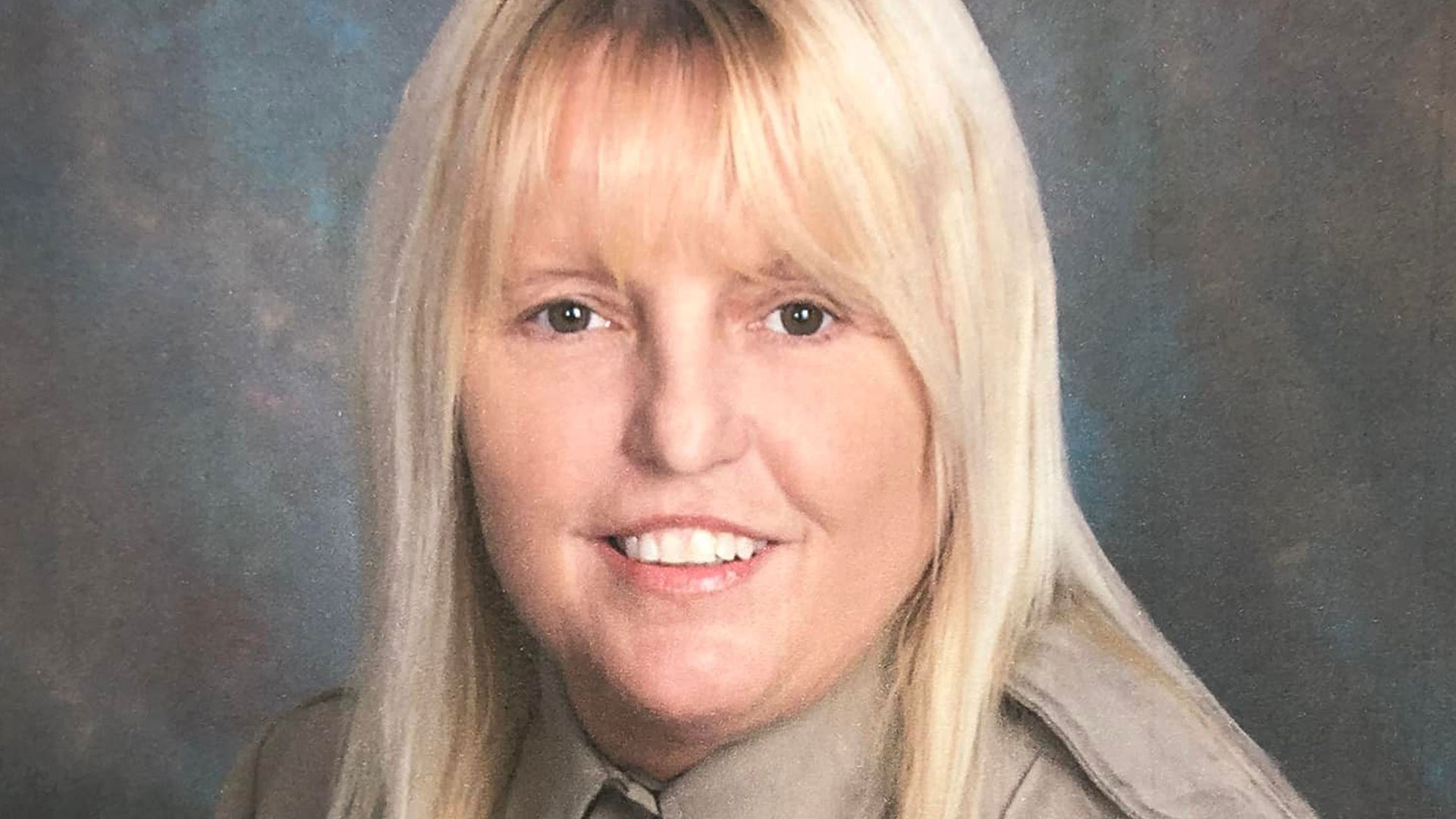 The pair broke out of Lauderdale County jail in Alabama on April 29 before being found 11 days later after a manhunt.

Police recordings appear to reveal some of Vicky’s final words to Casey as cops were closing in on the couple’s vehicle.

She said: “Airbags are going off. Let’s get out and run.”

Vicky then ranted: “You had to stay in some f**king motel.”

Cops managed to capture the pair after an officer ran the plates on a vehicle that they saw parked at Motel 41 – located on the outskirts of Evansville.

Investigations revealed that the car had been stolen.

Loud pops could also be heard in the audio footage before it cut out.

It’s unknown who called 911 or why the call was made in the first place.

Cops rammed their vehicle, causing it to flip, and officers discussed how to retrieve Vicky from the wreckage.

Officers discussed smashing the windshield as a potential option before it was ruled out.

An officer asked if anyone had a “Hooligan” – which appeared to be a reference to a Halligan, a tool that’s normally used by officers to force entry into a property.

One cop is heard saying: “I’m gonna go for the gun” before pulling Vicky, who was unresponsive, out of the sunroof.

First responders then tried to administer aid to Vicky, who was lying on the grass.

Vicky died hours later in hospital and her body has since been returned to Alabama, News Nation reported.

Footage showed Casey being escorted to the Lauderdale County Courthouse by a group of officers in bulletproof vests.

He was seen in a yellow jumpsuit as he was led to his arraignment with his hands cuffed.

Reporters at the scene asked Casey questions, including if he ever loved Vicky or if he planned the escape. He was silent the entire time.

Officers believe that Vicky was the mastermind behind the jailbreak, according to Lauderdale County Sheriff Rick Singleton.

Singleton revealed that wigs, weapons including an AR-15 rifle, a 9mm handgun, and $29,000 worth of cash had also been found.

Vicky was facing up to 10 years behind bars for helping Casey.

Cops hoped Vicky would survive her injuries as Singleton said she had “answers to give”.

He said: “I had every bit of trust in Vicky White. She had been an exemplary employee.

“And what in the world provoked her, or prompted her, to pull something like this, I don’t know. I don’t know if we’ll ever know.”

Vicky was about to be awarded the employee of the year award for the fifth time.

Singleton told the New York Post: “That speaks volumes in terms of what her peers and subordinates thought of her.

“No one that worked with her and knows her ever saw anything like this coming.”

Vicky and Casey fled the jail on the same day that she was planning to retire.

But, her retirement fund paperwork hadn’t been processed.

She was caught on CCTV footage holding the door open for a shackled White before they made their escape.

She apparently told her colleagues that she was taking White for a mental health check.

She also told her coworkers that she felt ill and planned to see a doctor afterward.