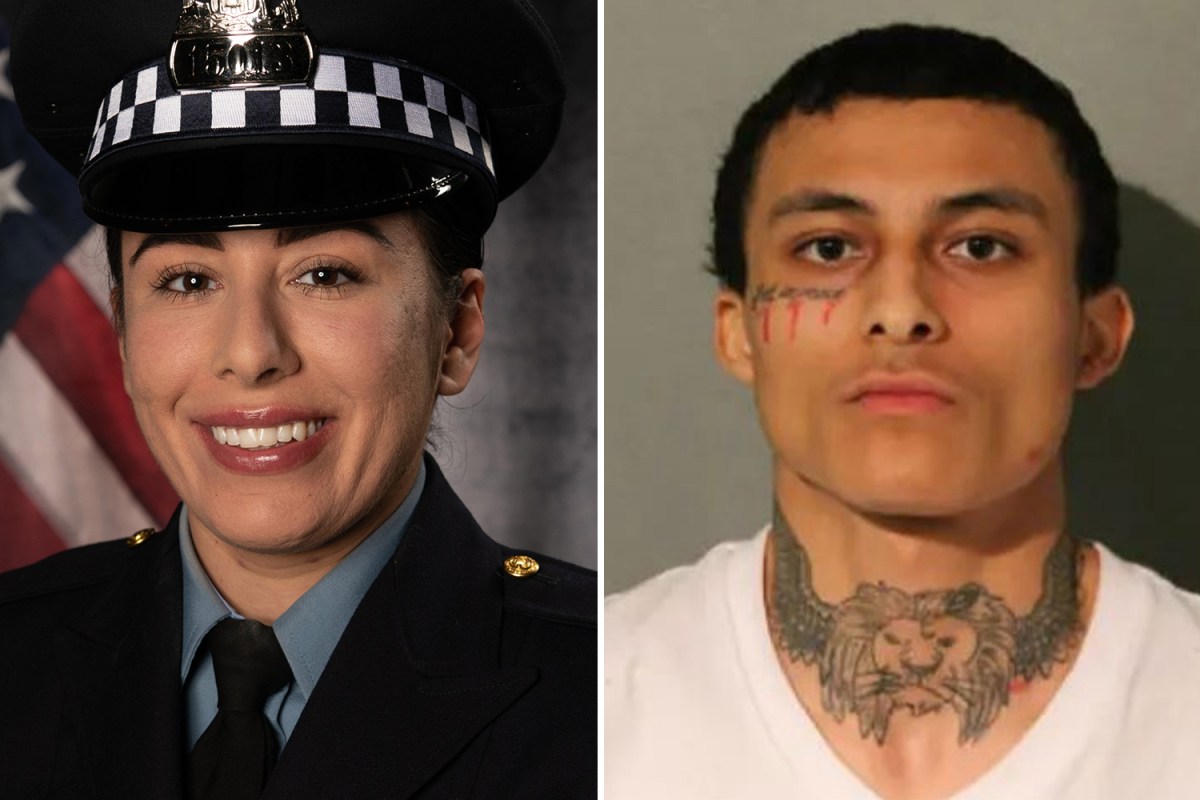 
A MAN accused of killing a Chicago police officer was out of jail despite a recent hit-and-run while he was on probation, according to reports.

The shooting happened during a traffic stop last week in the city’s West Englewood neighborhood while suspect Emonte Morgan was on probation for a robbery.

The hit-and-run happened in early April when Emonte swerved in a white Dodge Caravan in the 1300 block of Wells Street before hitting a man, sending him flying into a stop sign.

Police reports claim that the car kept going for almost a mile and a half before it stopped.

Emonte then got out of the car and tried to run away but was stopped by a security guard.

The report states that Emonte told investigators that the crash occurred because he was distracted arguing with his brother on the phone.

Emonte was charged for driving without a license, using a vehicle that was uninsured, and trying to escape the scene, police reported.

He was also charged with a misdemeanor before getting released from custody the following day on a personal recognizance bond.

“Incredible that they let him go”

Four months later, Emonte, his brother Eric Morgan, and a woman were stopped by French along with two other officers for expired license plates.

Eric was able to run from the car but Emonte had a hard time getting away, according to police, and shot French and her partner.

A third officer then shot Emonte, who is receiving treatment at Christ Medical Center in Chicago.

The mother of the two brothers was arrested earlier this week for barging into the hospital for causing a disturbance when she was told she couldn’t see Emonte, who was being treated for a gunshot wound to the abdomen

She was seen yelling, “Monty! Monty!” before screaming, “Don’t touch me!” when security approached her.

Jamel Dancy is accused of supplying the gun that killed French.

He was released from jail on $4,500 bond on Wednesday.

Dr. Heidmann, who witnessed the hit and run in April, was shocked to see Emonte in the paper instead of in jail.

“It’s pretty incredible that they let him go,” she said. “That might have been able to have been prevented if he wasn’t let back out.”