Chelsea set to unleash Romelu Lukaku against Arsenal with £97.5m striker not yet up to speed to face Crystal Palace 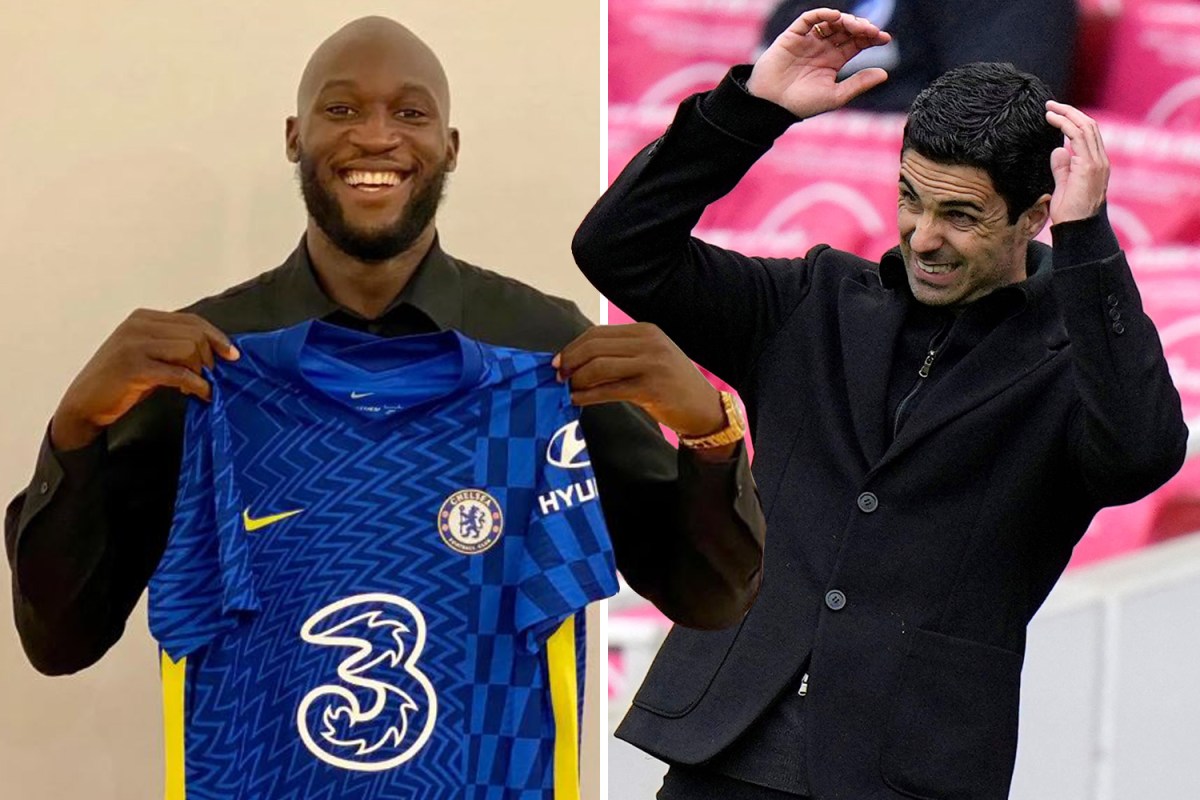 
ROMELU LUKAKU looks set to be unleashed against Arsenal on his Premier League return.

The striker, 28, completed his £97.5million transfer back to Chelsea from Inter Milan.

But with the deal only being confirmed and announced on Thursday, the day after landing in London, he is unlikely to be ready to face Crystal Palace on Saturday afternoon.

And that means it is Ben White and Co who will be the first defence to try and stop him on English soil again.

The Gunners, who kick off the new season at Brentford tonight, host Chelsea at the Emirates on August 22.

Lukaku has 113 goals in 252 Premier League appearances – although he did not get any in his eight games for Chelsea between 2011 and 2014.

His most recent strikes in England’s top flight came when he grabbed a double at home for Manchester United against Southampton on March 2, 2019.

And Blues fans will be hoping the club’s new record signing and top earner hits the ground running this term.

Upon securing his Stamford Bridge return, Lukaku said: “I’m happy and blessed to be back at this wonderful club.

“It’s been a long journey for me. I came here as a kid who had a lot to learn, now I’m coming back with a lot of experience and more mature.

“The relationship I have with this club means so much to me, as you know.

“I have supported Chelsea as a kid and now to be back and try to help them win more titles is an amazing feeling.

“The way the club is going fits my ambitions perfectly at 28 and just coming off winning Serie A.

“I think this opportunity comes at the right time and hopefully we can have a lot of success together.”

Ex-Chelsea hero Joe Cole reckons the arrival of Lukaku makes his former side ‘real contenders’ for the Premier League title.

Cole told SunSport: “I look at the Chelsea squad now and don’t see any weaknesses.

“If you look at last season and look at it very crudely, even though they won the Champions League, the top scorer finished with seven goals. So it’s evident they needed a goalscorer and Lukaku’s a goalscorer.

“Not only that, but he is the complete focal point of an attack.

“Chelsea have an abundance of players who can play in and around him. They are now real contenders.

“Lukaku is the whole package. He is in the same bracket as Robert Lewandowski and Cristiano Ronaldo.”